Questions about the 64-bit architecture, and how to get software (including 32-bit applications) working on it.

Bitwidth is a measurement of how much data (the word size) a processor can handle in a single operation. A 64-bit CPU architecture (also called amd64 and X86_64) allows for faster performance and better multitasking than 32-bit (also called i386 and X86). A 32-bit processor can only address 4Gb of memory, so further available RAM is used less efficiently (with the help of PAE), while a 64-bit processor is not limited in this way as it could theoretically address about 1Tb.

Processors in modern laptop and desktop machines are able to run in both 32-bit and 64-bit mode and all Ubuntu flavors are currently available in both bitwidths, but Canonical have announced plans to drop support for 32-bit architecture in 2018.

32-bit applications can be run on a 64-bit system quite easily, but the reverse is not the case. 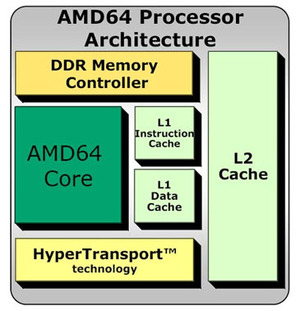 Further information can be found in the Ubuntu help wiki