I have Windows 7 pc ,where i had 2 partitions, a c drive for my system files and a d drive for my data. I decided to install ubuntu 11.10 a couple of days ago and thought of install it in a separate partition of its own. So i made a separate Linux partition of 30GB. I downloaded ubuntu on my usb stick and installed. 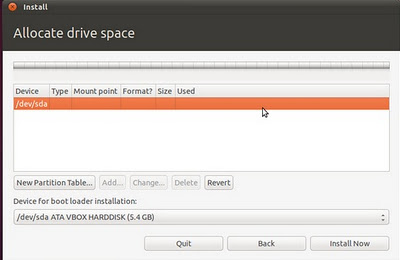 There were six partitions present ( I had made only 3 partition via windows). Their names were totally different from the ones that i had given in windows. So i selected a drive which had the same size as my Linux partition that i had made in windows ( no other partition had the same size). I clicked on install now and got an error message saying that "There was no root folder set". I set the newly made partition as my root folder and clicked install now. Now out of the 6 partitions that were created 3 were logical ( i had only created 3 partitions in windows). As soon as i clicked install now, the system asked me where i wanted to put my "swap space". I selected one of the logical drives and hit install. Ubuntu successfully installed on my system and at the end it asked me to reboot. I did and got the following error message: "missing operating system". I was shocked. I tried my windows recovery disk ( that i had gotten when i had purchased my laptop) and there i went into startup repair. In the startup repair option i was not able to locate windows. The system asked me to click the "Load drivers" button to load the drivers to my harddrive where windows was installed, but i could not locate any drivers to my harddrive. I tried this several times but to no success. I panicked and installed ubuntu, now this time click "ok" at every step( not worrying about the partition and all). The os installed correctly and i am now able to access my harddrive. NO data within the c drive is lost. All the windows system files are intact. I wish to recover my windows installation. How do i go about it?

Thank you in advance. I do not want to format my computer and install windows again.

I'm not 100% certain I understand what happened, but it sounds like your bootloader is messed up. The partition you chose to use as swap would have had its data erased and been reformatted as a Linux swap partition. Since you haven't managed to boot the system since it's probably recoverable if it was important.

The simple way to fix it is probably to reinstall Ubuntu. That should also reinstall GRUB. You'll want to choose for your swap partition one that is not in use for anything else. Depending on your machine you may be able to get away without one, or to use swapfiles, but that's a different discussion.

If that fails, http://www.supergrubdisk.org/ has a neat utility disk which should let you restore the Windows bootloader without having to reinstall Windows.

Not the answer you're looking for? Browse other questions tagged dual-boot windows-7 or ask your own question.