I currently use Dolphin 17.04.3 and whenever I run it as sudo, it gives the following error:

without explaining why or giving an alternative.

How can I run Dolphin as root for copying or deleting files? 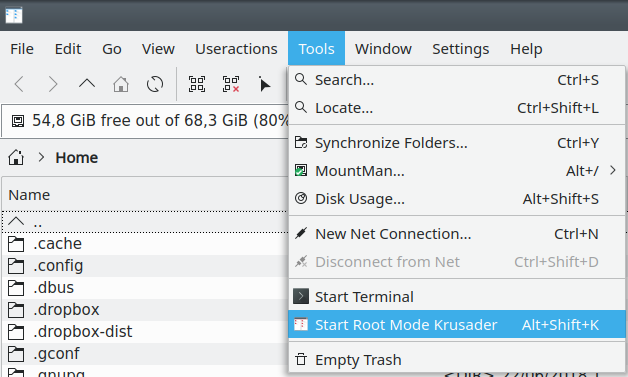 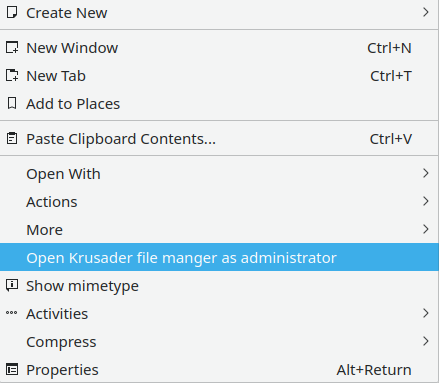 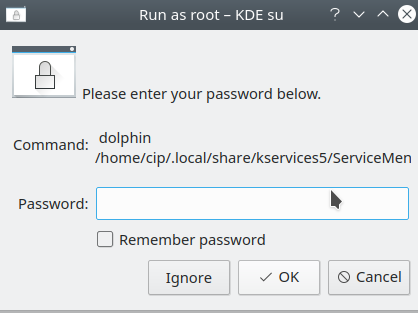 if you do the same with dolphin, you'll realize objdump -Crd /usr/bin/dolphin produces a very short disassembly.

In current version (21.08.0) you can trick Dolphin by erasing the $SUDO_USER shell variable when running it with sudo. This simple command will work:

You never need to run Dolphin as root! If you want to write to a protected file, just go ahead and do it. Dolphin will ask you for permission. Then confirm the operation. I do this all the time.

Actually, I'll admit this isn't a perfect solution -- it doesn't cover the rare case where the file you want to edit is hidden, i.e., the directory it appears in doesn't have execute permission. I don't know what to do in that situation.

Not a solution, but a suggestion.... Altering Dolphin and files is rather risky. Double Commander is an excellent alternative, and is found in the respository. It will install without root proviledges. To gain root, simply enter 'sudo doublecmd' in the terminal. It has many advantages when working with large and millions of files.

Follow CallofCode's Answer In my case, kde neon was not allowing install of any icons or themes and the only way was to cli copy files into folders which is unnecessary and tedious for basic things in 2022

Create a file called DolphinAsRoot.desktop in the directory ~/.local/share/kservices5/ServiceMenus/ With a text editor put the following content on it:

restart dolphin and it should be there with a right click

Kubuntu 22.04, Dolphin 21.12.3 accepts again being opened as root. There is a context menu service for that 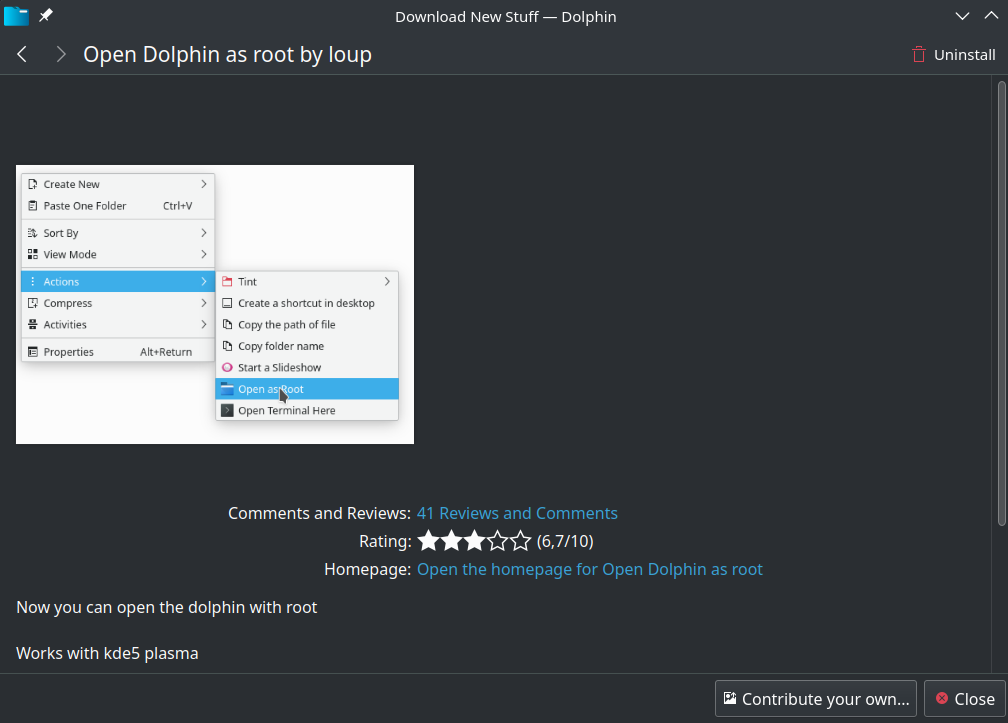 Or you can find it here. Put it into ~/.local/share/kservices5/ServiceMenus/.

The command in question is rather interesting:

Note that simply editing a file doesn't require that, as Kate can open any file and ask for root password when saving changes.

2
How run Dolphin as root on Kubuntu
5
Why pkexec does not launch Qt-based application as root user?
4
Kdesu Not Working?

10
How to change file association for files opened in Dolphin from command line in GNOME?
8
How to run Dolphin instead of Nautilus?
1
No root account
3
KDEInit could not launch /usr/bin/kate
2
How do I restore Dolphin instead of Gwenview as default file manager
4
How to Enable Ubuntu KDE Dolphin to Preview Audio Thumbnails?