Media Keys not working on Ubuntu 17.10

Whenever I'm hitting one of the media keys (play/pause, skip, etc) on any one of my keyboards or bluetooth-headset I'm seeing this icon: 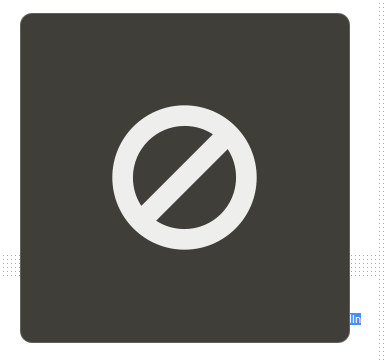 flash on the monitor but none of my media players react.

The keys are recognized in showkey:

But they don't show up in xev.

This whole issue looks like an "it's not a bug, it's a FEATURE" present from Gnome.

Now almost every media application that may be waiting for this event (be it VLC, totem, kodi, spotify etc.) expect to receive pure XF86AudioPlay command. And what Gnome does? It intercepts this command and translate it into it's own command "play". Because of this neither xev nor xbindkeys show this event properly - they never receive a command they can understand.

When you press a media button Gnome receives the command and checks if there is any app that its recognized as capable of receiving this command. If there is (let's say totem, rhytmbox, maybe VLC) it sends "play" that should work. If there is no app recognised as capable of receiving this command Gnome will show the sign that is attached to first post and won't send any command anywhere.

The solution is simple - make Gnome unable to intercept media key events. Install dconf-editor , go to org.gnome.settings-daemon.plugins.media-keys and change any button that should work from XF86SomeExample (e.g., XF86AudioPlay) to none (''). This way any app should receive key command directly.

If the keyboard media keys do not work from your Ubuntu desktop, you can use D-Bus support to send the proper commands to Spotify. Validate the following commands from the console:

To tie these to the keyboard, go to Settings > Keyboard > Shortcuts > Custom Shortcuts, then “Add” with +. Use one of the command above, then hit the key that you want to tie to the new command. 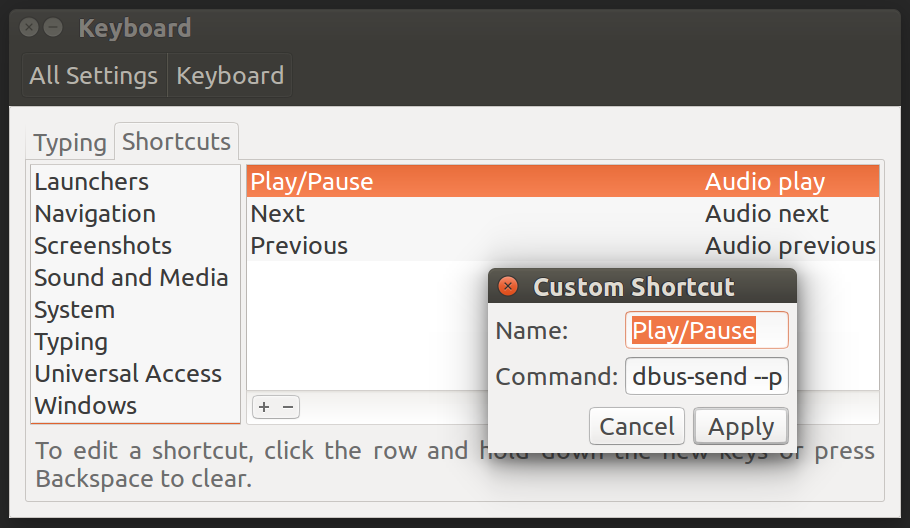 For some this may be a browser-related issue for instance (Google Chrome) "holds" the media keys. Even without browser media, the keys are allocated to Chrome.

Using no value, as per darkdude recommended, didn't work for me.

combination of last two answers works for me. I have Ubuntu 18.04 the keyboard test work

but when I go to Activities -> Keyboard and try to do anything with Play / Next / Previous it not work at all. When I deactivated default key association (invoke dialog for key association, press backspace and click save) and create brand new one it works, very helpful was answer from @foamboarder

There was a bug in gnome-settings-daemon that was corrected in version 3.32.1. Ubuntu 19+ uses this version or higher, so anyone running 18 or below is affected, unless they patch GSD.

If you feel confident enough to patch, I would suggest it! Or upgrade to eoan.

Once running a fixed version, you shouldn't need to muck around with reassigning media keys and this will return to being a "Feature."

Using the above answer by Václav Rak worked for me on Ubuntu 18.04, in particular

I use Rhythmbox. Here are the commands I was putting for each Custom Shorcut for Rhythmbox:

Hope this helps someone one day

The key-codes seem not to be mapped accordingly. You can manually map keys as described in the ubuntu documentation: https://help.ubuntu.com/stable/ubuntu-help/keyboard-shortcuts-set.html

Not the answer you're looking for? Browse other questions tagged keyboard shortcut-keys 17.10 media-buttons or ask your own question.