Since morning today, my laptop has been freezing up frequently. Only option available at that time is to kill x-server(as ctrl-alt-backspace is the only thing which works that time). I checked "Task manager" and it shows "gnome-shell" process consuming upto 70% of CPU. What is going wrong and what can be done to fix it?

Update Issue happened again and i captured few snapshots, which shows the consistent CPU percentage consumed by 'gnome-shell' process. You can also check the "graph" on top-center, which is continuously touching the roof! 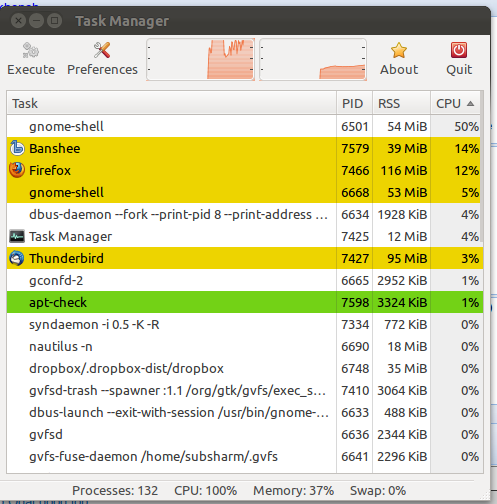 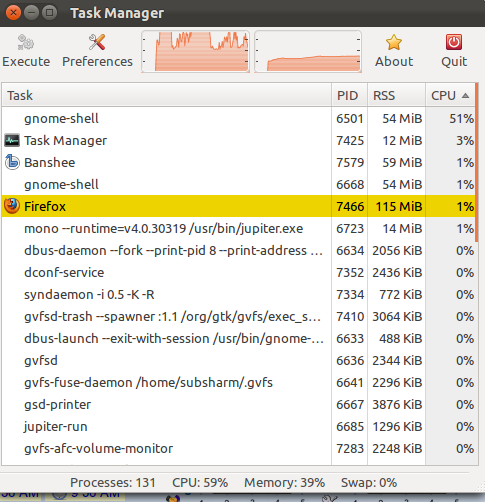 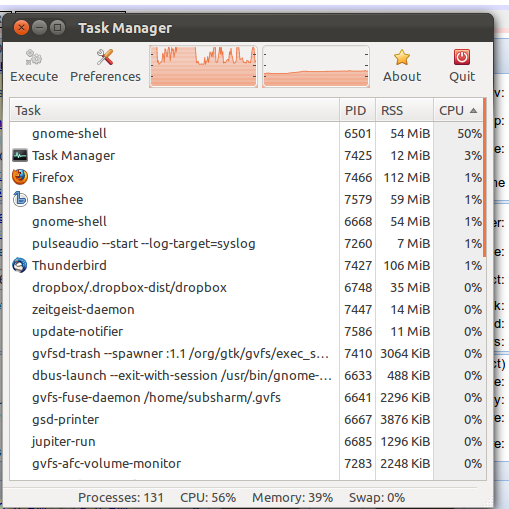 I've moved to Cinnamon Desktop. This problem was hampering my work productivity alot so finally made the switch and i'm pretty comfortable with it now.

I suffered the same problem (just using Gentoo/Linux as OS). Actually the gnome-shell-theme I used ("Transparent Atolm") seemed to create the problem. After rolling back to the default theme everything worked fine again.

I am having this exact same issue on my Dell laptop.I am using ubuntu-gnome 16.04.After two days i found that issue was intel graphics. i solved this issue by disabled secondary display.

Cheese running in the background was making gnome-shell go in the 200-350% range for me, in case that helps someone. Check for something using a camera.

Change all 3 to see if it helps.

Not the answer you're looking for? Browse other questions tagged gnome cpu-load or ask your own question.