The system used to perform just fine, but it is lagging badly, I think due to lack of memory/swap. By lagging I mean going in and out of grey screens, mouse, keyboard become unresponsive. 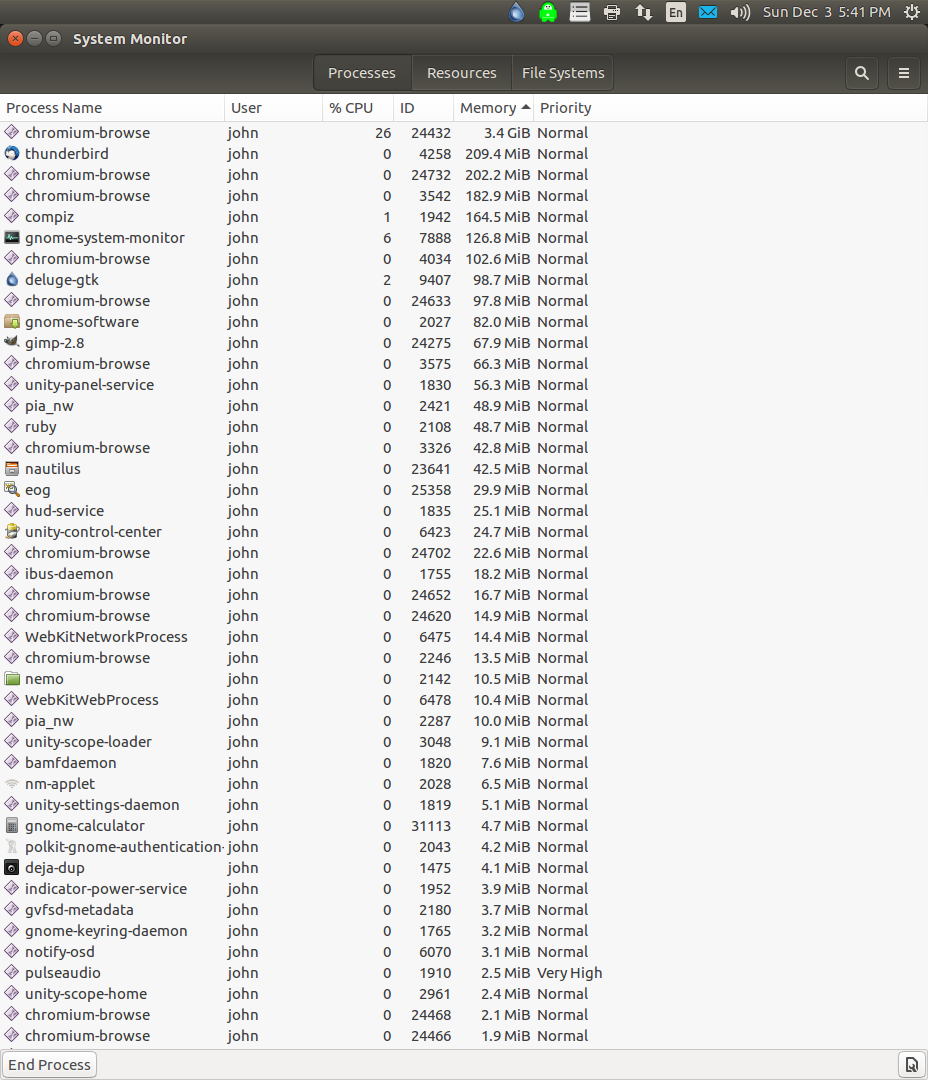 I installed mint on a laptop with similar resources recently, and really noticed the lack of lag. . . making it more annoying than ever to work on the desktop listed above.

I have been running System Monitor for the past week or two. When the system lags, memory is maxed out >95%. A bad script in chromium will bring this computer to its knees for five minutes until it is purged.

Chromium or Firefox are consistently the memory offenders. At the moment I have 6 tabs open in Chromium and it's eating more than 3.4gb ram.

So. . . I don't have enough memory. Before I try to increase swap size or cannibalize a windows partition, can I improve software performance (or limit its' ability to consume RAM), are there system changes that could be made, or do I just need to get another 8gb of ram? (Seems like 8 should have been ample).

Firefox pre-quantum would bring my system to a crawl. This was remedied recently with FF-quantum. If this remedies the issue, feedback is appreciated. My Ubuntu laptop is a 1.7 Ghz quad-core with the maximum of a 8GB RAM and is now very usable with the FF upgrade. Ring the bell by up-voting this post if you have installed FFQ and the performance is now reasonable or better.

Not the answer you're looking for? Browse other questions tagged chromium memory-usage or ask your own question.

5
Is it normal for my memory usage to be 8gb?
0
How to read memory usage?
1
Memory issues with recently installed ubuntu
0
Memory process is using