How do I start screen with multiple splits directly from the command line?

I'm using screen after I have logged in with ssh to my server. As of now I set up the splits in my screen window by hand and run the commands by hand as shown in the following screen-shot: 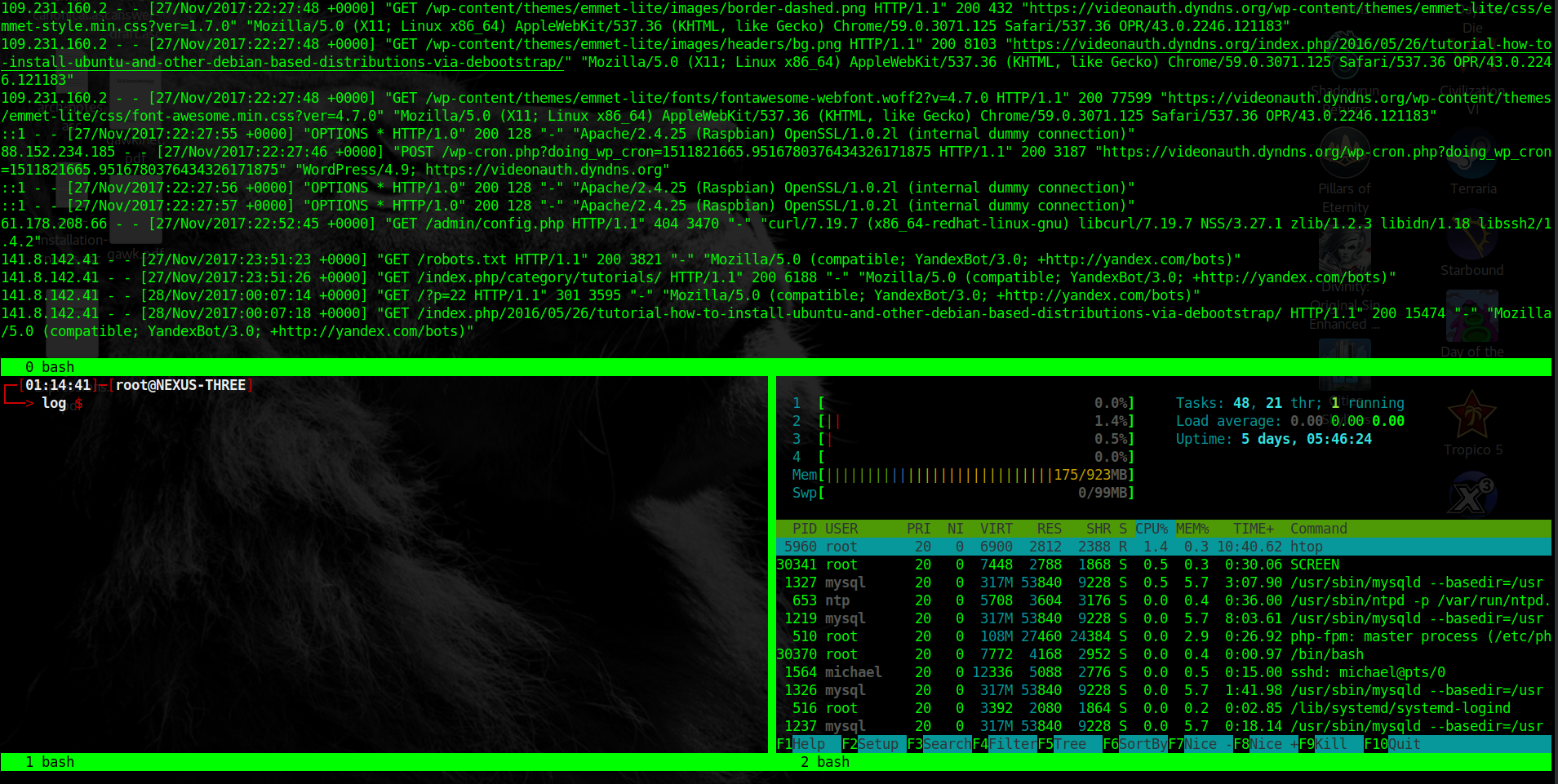 Is there any way to have that be done via commands/script, so I not have to redo it every time by hand?

For the specific case of window arrangements, there's a screen command to save them to a file: layout dump. From man screen:

I came up with the following to create the output shown in my question and following @muru's excellent answer. Using layout dump gave me the following:

Note: Tilde (~) expansion does not work with layout dump so instead of ~/layout.dmp for example you would need to use /home/<username>/layout.dmp.

From which I then created the following .screenrc

Now I only need to type screen and get my wanted layout started. I leave that here as an example for those who are wondering, but don't forget to up-vote @muru's answer, since he is the one who made me able to solve this.

Not the answer you're looking for? Browse other questions tagged command-line gnu-screen or ask your own question.

4
Default GNU screen "screens"
1
How to remote access Ubuntu 17.10
0
screen: I start two screens, but there is only one?
-1
How to use multiple terminals on Ubuntu server?

0
finding what's running on screen session
0
Displaying command progress in SSH terminal
2
How do I run weechat and screen as an upstart service without error?
1
Sage notebook server error when not logged in to host
13
How can I blank the screen from the command line over SSH?
1
SSH terminal freezes when left idle
0
Using screen command with aws ec2 start-up script doesn't work
0
How can I automatically select a command window profile?