Unable to turn bluetooth on

Does anybody have a solution? 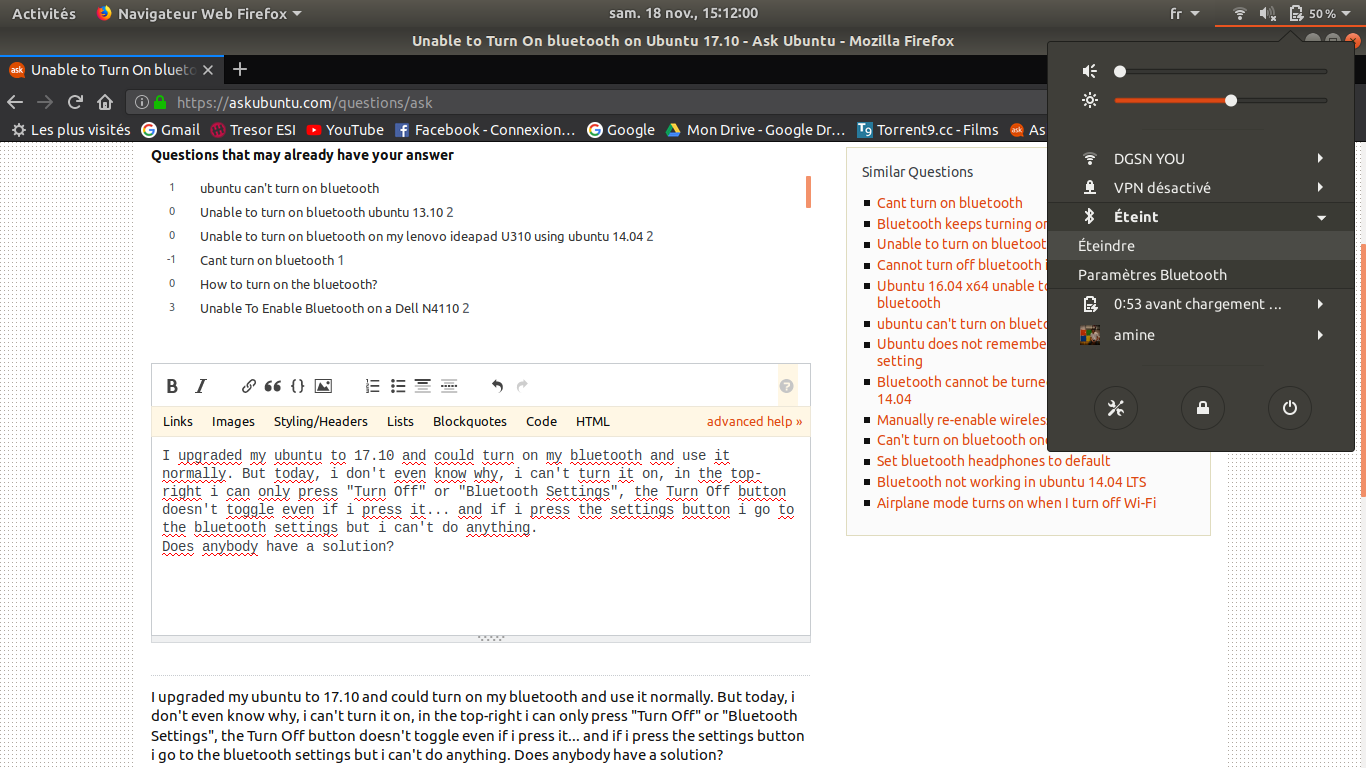 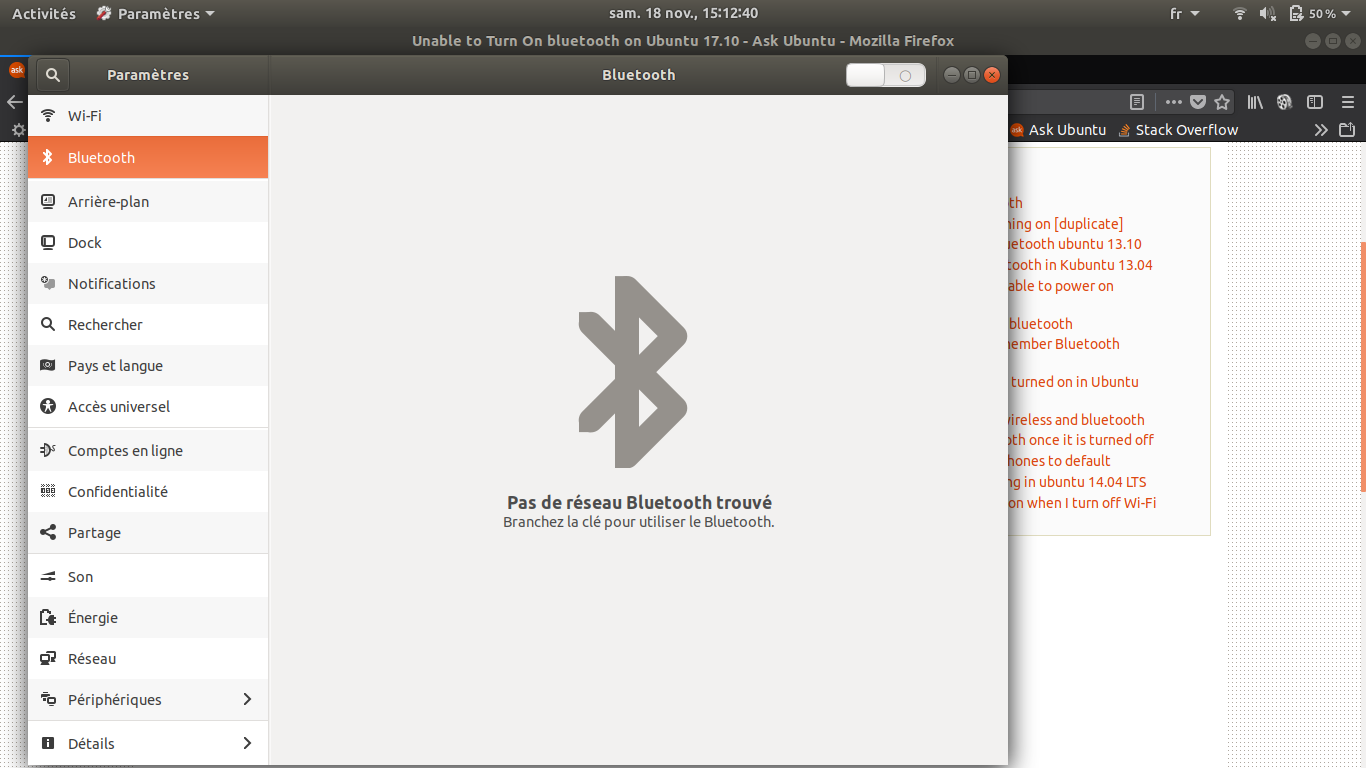 I got the same problem today, and found out the problem was related to rfkill. So I tried

The command rfkill unblock 0 did the trick.

That being said, I have no idea why all of a sudden I ended up in that state... (or why the UI is not able to detect/fix that problem on its own).

Not the answer you're looking for? Browse other questions tagged bluetooth 17.10 or ask your own question.