How to make Banshee show up in the sound menu / topicons?

Is there even a "sound menu" anymore in 17.10? When I have a lot of windows open and I get a phone call, I'm in the habit of stopping playback from the top bar somewhere near the sound icon. Is there a way to do that, or something like it on 17.10?

Under Edit -> Preferences -> Extensions, I tried both the "Notification Area Icon" and the "Sound Menu Integration" and don't see that these have any effect whatsoever.

I tried this: I can not control Banshee from the sound menu in Gnome 3 Shell But when I issue sudo apt-get update I get:

I then found the gnome-shell-extensions-mediaplayer project on github, but they only support Gnome shell up through 3.24 and Ubuntu through 16.04, so I opened this issue.

gnome-shell-extension-appindicator is already the newest version (17.10.2). so maybe I just don't know how to use it?

I had already installed the gnome-tweak-tool so I tried (but did not reboot yet):

Alternatives? Suggestions? I couldn't see how to do this in Rhythmbox either. Maybe "topicons" and "sound menu" are not the right search terms?

When you're playing a media file, basic controls (pause/next/previous) appear in the calendar & notification tray which can be accessed by clicking on the time indicator at the top bar. 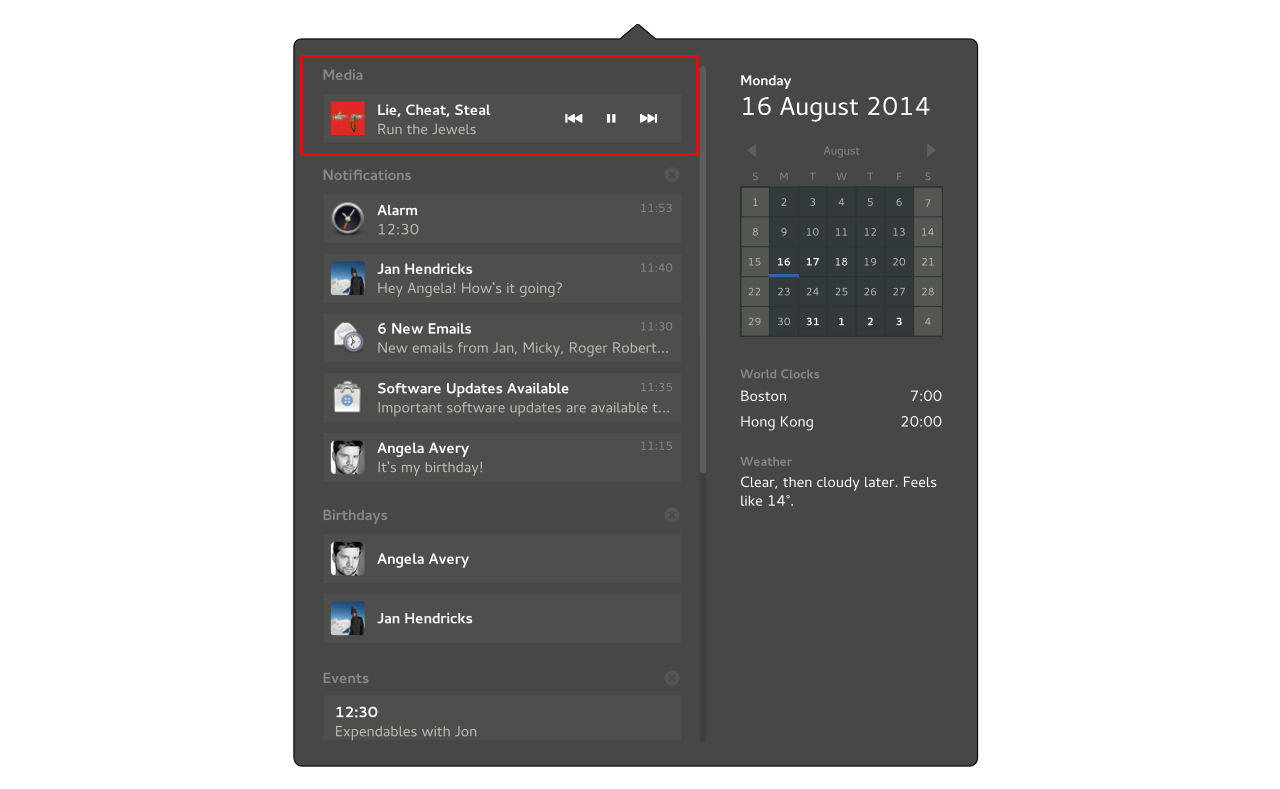 You can use the pause button to pause the track currently playing.

Not the answer you're looking for? Browse other questions tagged 17.10 banshee gnome-shell indicator-sound or ask your own question.