How to get Workrave indicator to show in Ubuntu 17.10?

How can I get the Workrave indicator to show in Ubuntu 17.10? Version 1.10 supposedly has GNOME Shell support.

It took some time to figure this out for me, too...

Before Ubuntu 20.04, you'll first need gnome-tweak-tool for being able to enable this.

In Ubuntu 20.04 and later, the program called "Extensions" is installed by default.

Second, the Workrave package in the official repo is badly packaged (it brings down some XFCE dependencies that mess up your Gnome session), so you'll have to install the workrave-gnome package from Rob Caeler's PPA.

Now you can do:

Now the applet (and/or the tray icon, if you're using it) should be visible in the top panel.

One more thing I've noticed on my machine is that Workrave segfaults under Wayland, so you will probably have to login into xorg if you want to use Workrave.

I was getting segfaults also but managed to get it to work by specifying the X window:

To fix it permanently:

And then edit the "Exec" command in ~/.local/share/applications/workrave.desktop 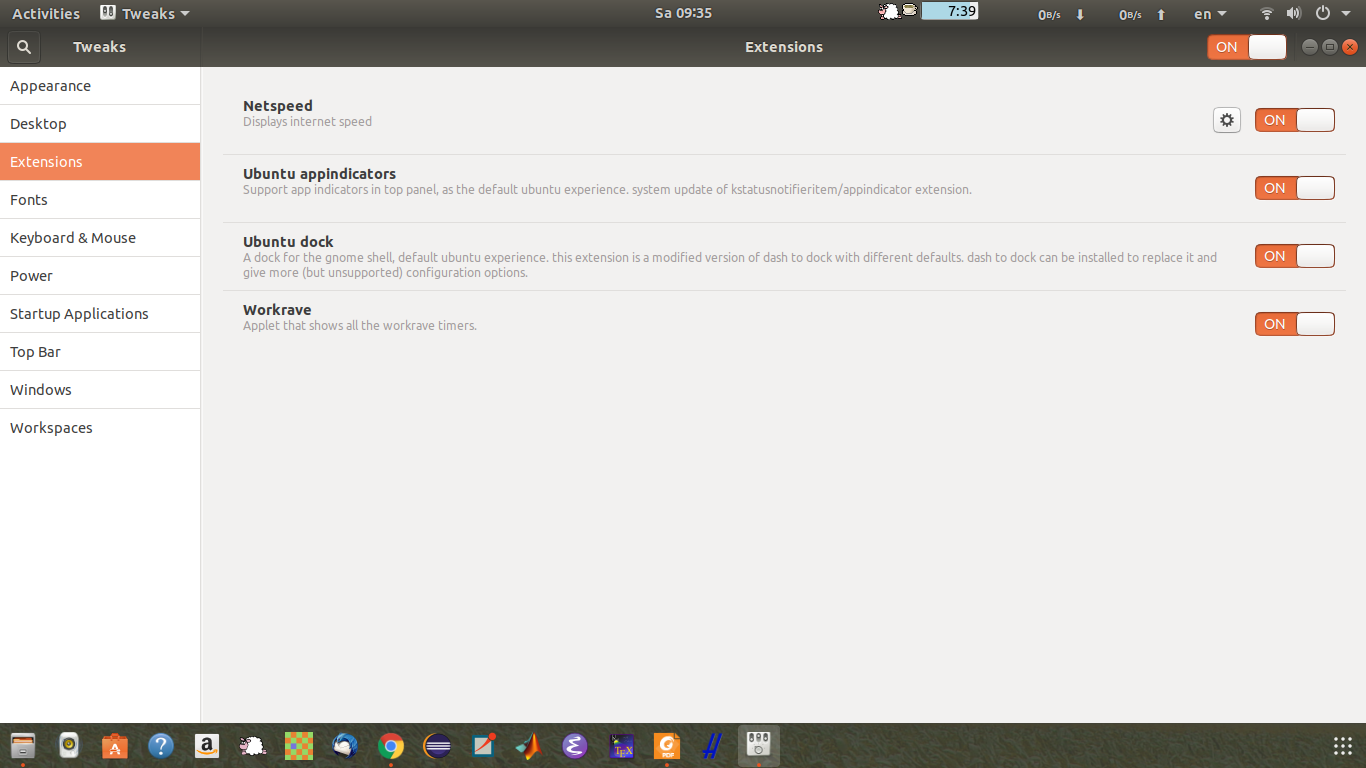 Another option is to add command workrave --display=:0 to Startup Applications.

Not sure why, but copying workrave.desktop file to ~/.local/share/applications/ and modifying it didn't work for me but Startup Applications did.

137
How do I install and manage GNOME Shell extensions?

4
How can I force Workrave to start in Normal mode?
8
Can't get workrave window to display under Ubuntu Gnome
4
Workrave applet blank in Ubuntu 16.04
1
what is indicator-netspeed-unity alternative for ubuntu 17.10?
8
Partially hidden workspace indicator in Ubuntu 17.10
16
How does one get System Load Indicator (or something similar) working in 17.10?
0
Indicator Keylock for Ubuntu 17.10