For a number of Ubuntu releases, connection sharing was made easy.

Both situations worked well with Ubuntu 16.04 and older, also with Xubuntu and probably other variants.

On those releases, it used to be offered like this: 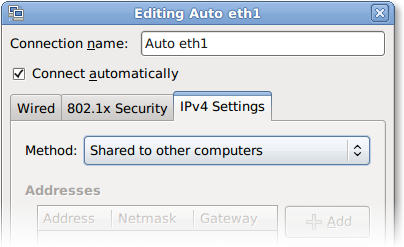 On Ubuntu 17.04 it failed with a cryptic error message which is off-topic here. As a result I sticked to Ubuntu 16.04.

On Ubuntu 17.10 (today's daily) connection sharing is not even offered. See image below.

"Automatic", "manual", "link-local" options shown below were offered previously, though not visible in screenshot above because it was a drop-down box. 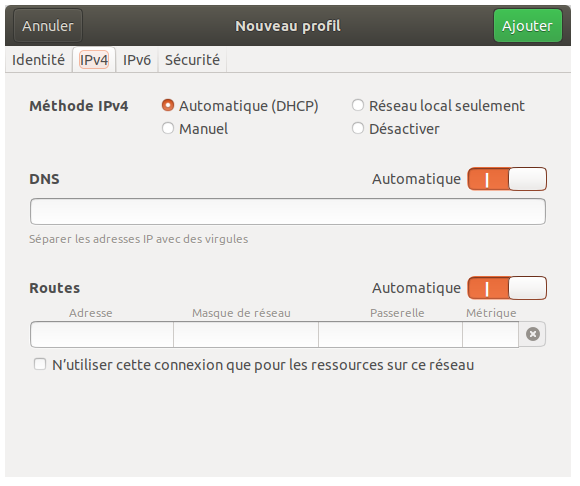 Which summary below corresponds to reality?

Example of case 2 and 3 are explained (on older releases) on https://askubuntu.com/a/693769/68124 . Notice that installing dnsmasq-base is no longer needed because the missing dependency was added, see Bug #1678606 “[packaging] Missing dnsmasq-base dependency causes...” : Bugs : network-manager package : Ubuntu. Incidentally, it means that connection sharing is not clearly an abandoned feature.

That setting is available in nm-connection-editor (just run this cmd in terminal).

I was able to work around this by using the command line to add a new connection profile with ipv4.method set to shared. For example:

Not the answer you're looking for? Browse other questions tagged wireless network-manager ethernet connection-sharing or ask your own question.