I cloned my Ubuntu Server 17.04 from a virtualbox to a physical machine as that machine was serving so I wanted to setup a new one without taking down the current install. After replacing my old system with the img i made of the virtualbox machine everything worked fine, it booted fine and my stuff was all there except for my internet.

lspci shows my RT8111/8168/8411 ifconfig shows only virtualbox adapters and a enp0s3 adapter which I don't know what this is.

There does not appear to be a /etc/udev/rules.d/70-persistent-net.rules file anymore (Is this changed? it used to be there on my 15.04 install) 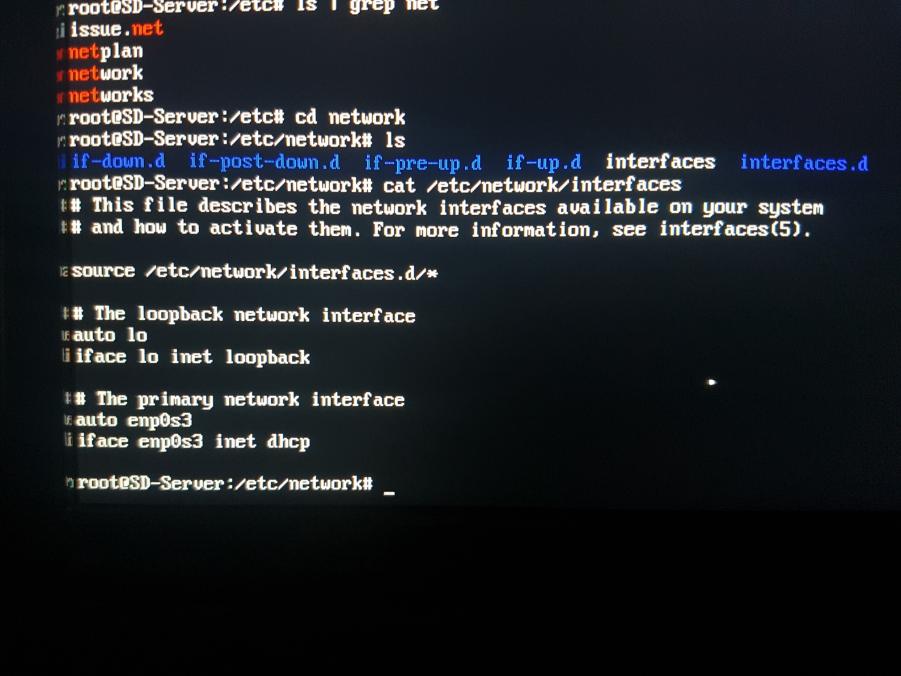 Alright I happen to fix the issue, After all I was looking at the wrong spots as @Kaz Wolfe suggested and I thought in the first place that my ethernet adapter was enp0s3 but after all it was enp2s0 I changed the /etc/network/interfaces file to be the following

Then I simply ran sudo service networking restart and ping google.com and it worked! It still does contain a lot of other network interfaces which I am not sure of what they are doing there but I think it has to do with docker and mapping ports so I will leave them alone.

Not the answer you're looking for? Browse other questions tagged networking 17.04 ethernet lspci or ask your own question.