I'm trying to make two partitions out of an 8 GB (4 GB each of course) USB drive using GParted and to create a bootable drive for Ubuntu 16.04 LTS in the first drive and Linux Mint 18 in the second drive. I succeeded in creating the partitions, but cannot select the partitions while making bootable drive using startup disk creator. It's showing as a single USB drive. So I decided to eject or unmount a drive to make a bootable drive in the other drive and then to the other. But two partitions are shown as parent drives and cannot be ejected separately. Anyone has a solution for this?

Edit: I'm trying to make bootable disk with the USB partitions for installing OS to a computer, not to boot the OS from the USB drive partitions.

Startup Disc Creator only does ISO9660 installs to a single partition drive.

Yumi Multiboot USB will make multiple persistent installs on the same partition, however it only runs on Windows.

MultiBootUSB will also make multiple persistent installs on the same partition and there is a Linux version.

You can divide a GTP drive into partitions and do a Full install of an OS to each partition using "somerthing else". Grub should sort itself out automatically.

One of my favorite multibooters is to make a drive with mkusb, using defaults, overwrite the ISO9660 partition and casper-rw partition with a FAT32 partition for persistent folders, add a casper-rw file and a home-rw file to each uniquely named persistent folder and create a folder on the NTFS partition labeled "iso" for the ISO's, then add some ISO's. Edit usbboot/boot/grub.cfg to loopmount the ISO files. Include: persistent persistent-path=/<persistent-folder-name> if you want persistence. Persistence is limited to 4GB for each casper-rw file and 4GB for home-rw file. There are a few variations on this method.

All of the above have worked for me with BIOS and UEFI.

Multibootin with UNetbootin. Use GParted to create a msdos flash drive with as many FAT32 partitions as OS, (~2GB each), Partition size may be increased to suit persistence requirements. Flag first partition, (sdb1), as boot. Use UNetbootin, (655), to install an OS to each partition adding persistence as required, copy chain.c32 from the syslinux 4.07 package to root of first partition. Open first partition and make a copy of syslinux.cfg save as syslinux2.cfg. Edit the original syslinux.cfg as follows:

where x is the syslinux partition number. May need to be modified for UEFI Will add graphical summary of this method as a separate answer. 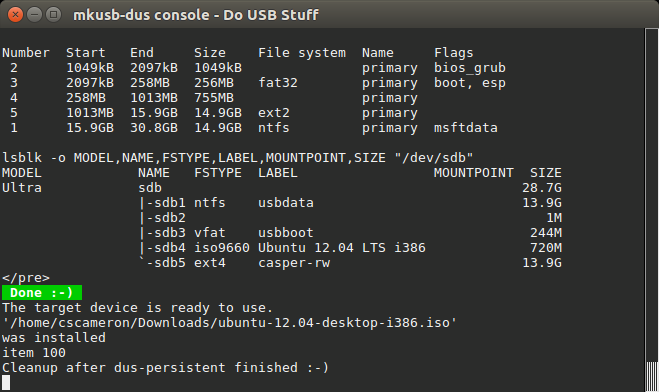 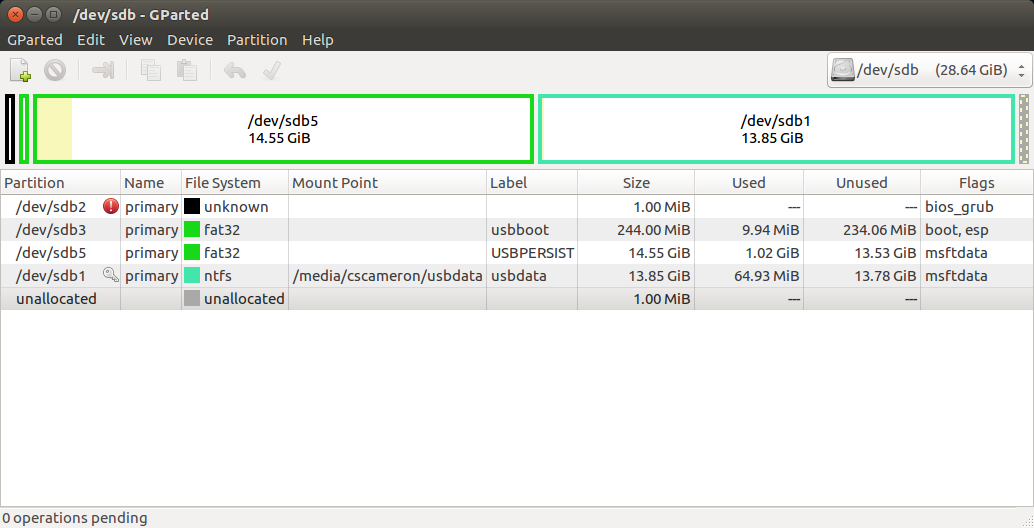 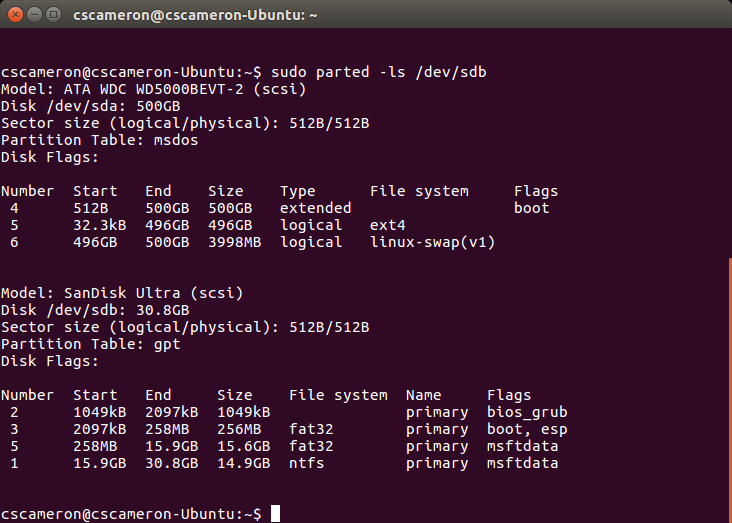 UNetbootin can install to multiple partitions quick and easy. 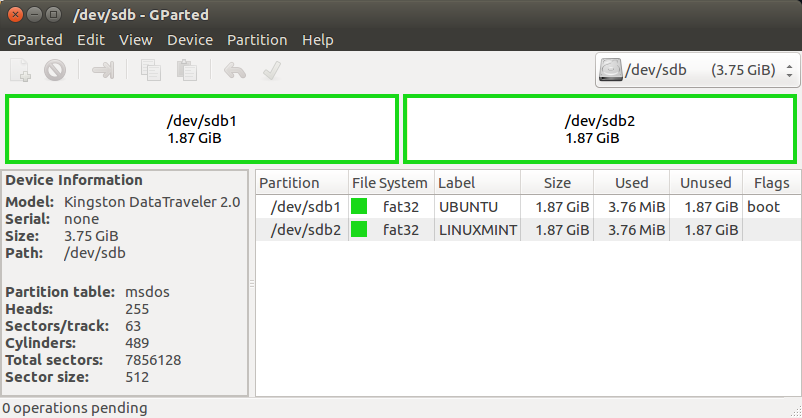 Divide flash drive into one partition for each OS, Label partitions for clarity. 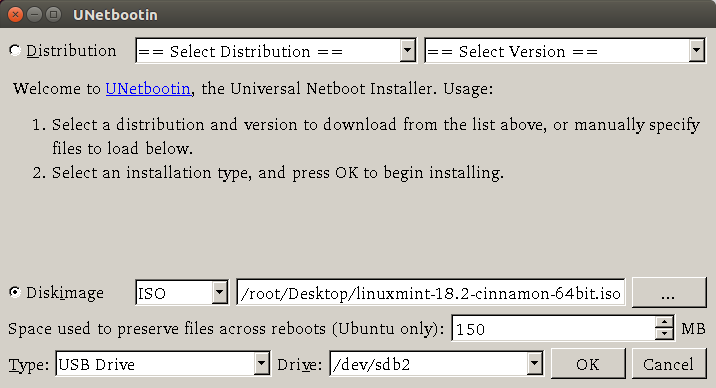 Use UNetbootin 655 to install OS's to available partitions. 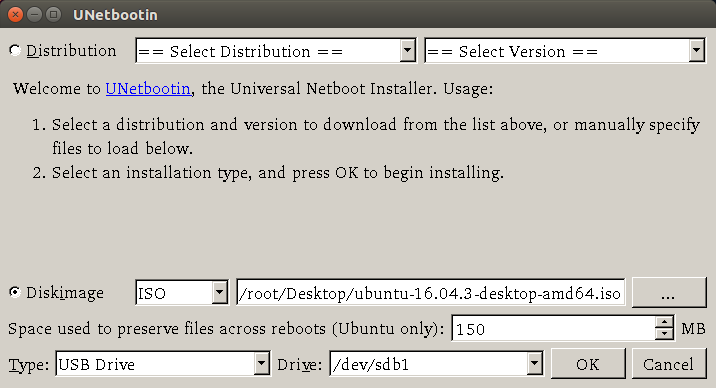 Replace the contents of the original syslinux.cfg as shown, adding a chainload entry for each OS. 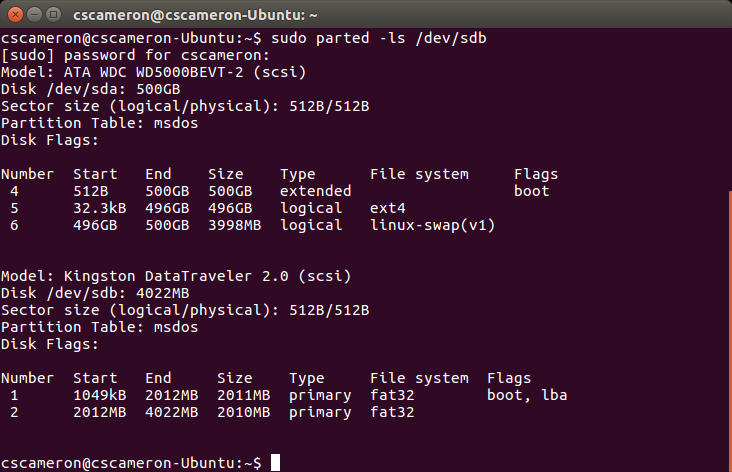 Config does not seem to be working in the Linux version of UNetbootin 655, if you do not want to use the Windows version here is a workaround. 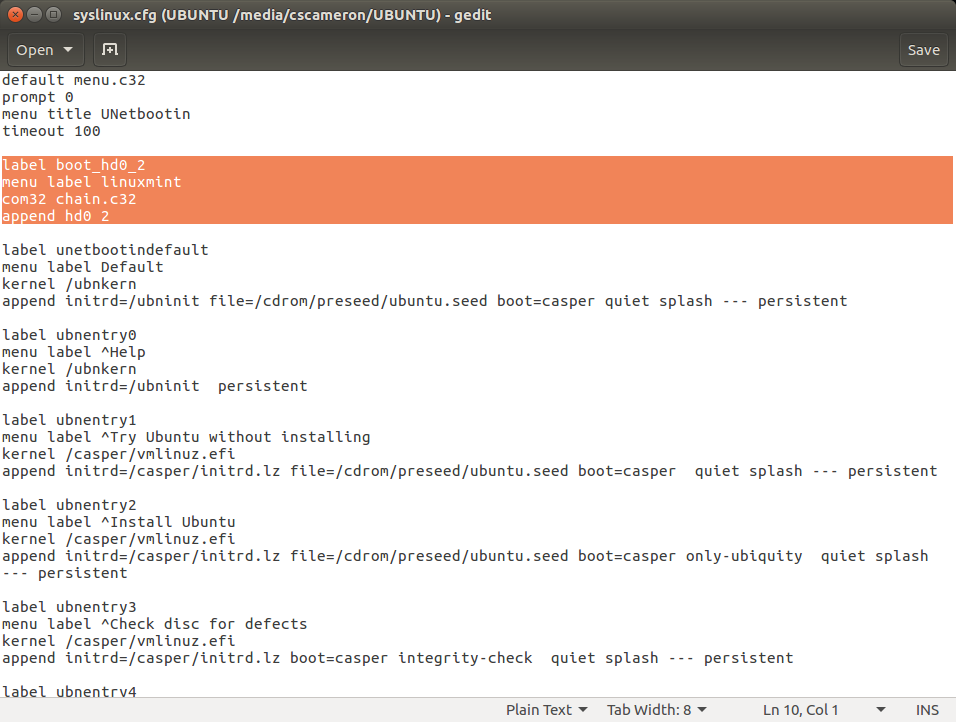 Forget syslinux2.cfg and just edit original syslinux.cfg to include chain loading command for other OS.

3
Burn iso to an external hdd partition
8
Boot Ubuntu from external drive
2
Use Persistence for Ubuntu Live ISO's Booted from HDD (not USB)
1
Can I create a dedicated partition for GParted and launch from GRUB?

5
Making a 12.10 bootable USB drive - usb-creator-gtk fails with a seg fault
14
Reliable bootable USB creator in Ubuntu
1
bootable usb stick
11
"Startup Disk Creator" doesn't see my USB Hard Disk
2
accessing usb drive for storage after making it bootable with 16.04
1
Remaster / customize 16.04 live CD image and make USB bootable
3
Can I format and use the "free space" to the right of my Bootable USB stick's partition table?
1
Best way to make an USB stick both a storage media and a bootable Live Ubuntu device?
4
How to create a bootable USB stick that really works?