In my Ubuntu I went to System Settings > Language support -> Install/Remove Languages and I just get English.

It appears that the root cause of this issue is that /usr/share/language-selector/data/languagelist is missing or incomplete. This file can be found in the package language-selector-common. A quick peek at dpkg -l *language-selector* shows that the following should have been installed by default.

sudo apt install --reinstall language-selector-common will likely do the trick. If not you may need to purge and then reinstall with

Open Language support from the dash: 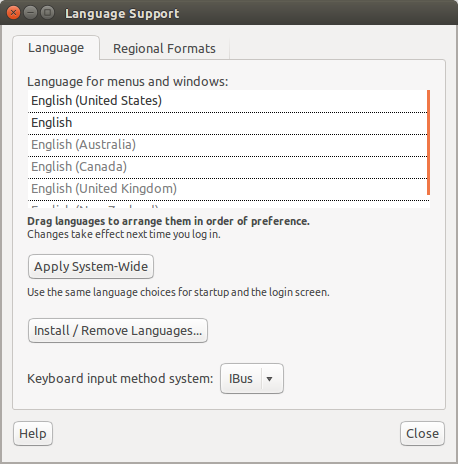 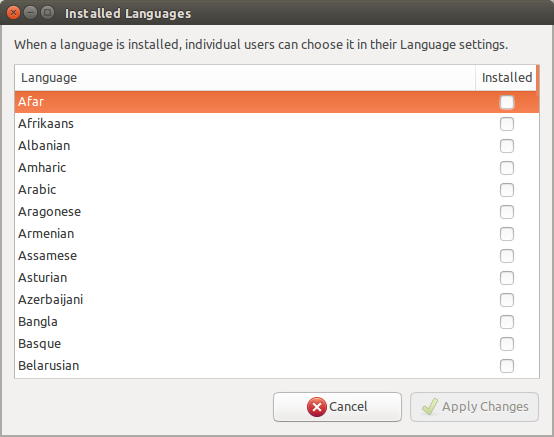 Scroll to the language you wish to install, tick the box and click apply changes. 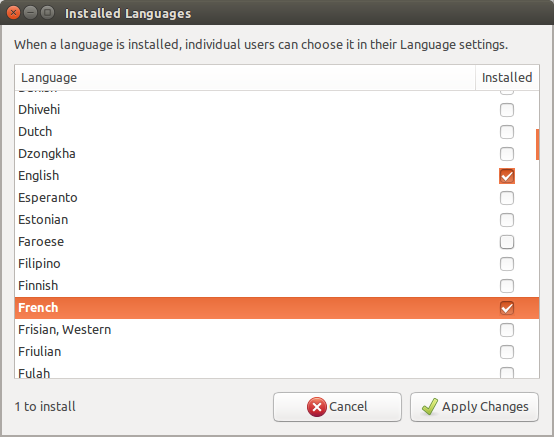 Support for your chosen language will be installed:

Now that you've installed the language in your system, each user (this means you) can select it as an option in text entry settings as shown below:

Hit the + button to bring up the menu as shown below: 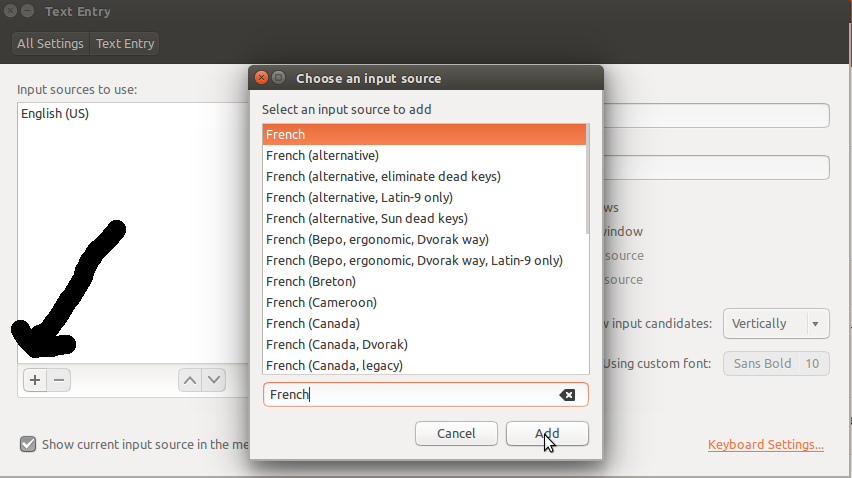 Now you can select French as a text entry language.

You may wish to also check the keyboard layout chart.

Not the answer you're looking for? Browse other questions tagged package-management language-support or ask your own question.