Suspend to RAM and encrypted partitions

Normally I don't shutdown my notebook any more in favour of using suspend-to-RAM. The downside is that my encrypted home partition is completely accessible after resume without entering the passphrase. A bad idea if someome steals your notebook...

When using Ubuntu Full Disk Encryption(that is based on dm-crypt with LUKS) to set up full system encryption, the encryption key is kept in memory when suspending the system. This drawback defeats the purpose of encryption if you carry around your suspended laptop a lot. One can use the cryptsetup luksSuspend command to freeze all I/O and flush the key from memory.

ubuntu-luks-suspend is an attempt to change the default suspend mechanism. The basic idea is to change to a chroot outside of the encrypted root fs and then lock it (withcryptsetup luksSuspend)

is still "too old": the following patch is not there yet:

so any pm-utils or user code that issues any form of clear keys & sleep request, such as:

will result in kernel in a call to sys_sync() which in turn causes a deadlock in dm-crypt (by design, after luks suspend)

Actually, you just need to ensure that your screensaver passphrase is required on resume from suspend, and you'll be safe.

This will ensure that someone resuming your laptop from suspend will have to enter a password before they can get into the computer. 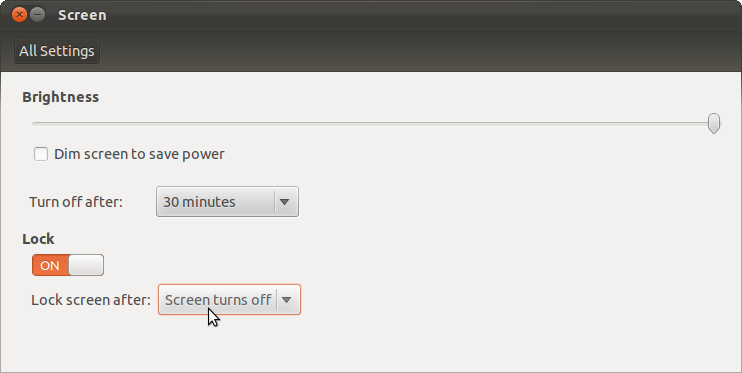 Not the answer you're looking for? Browse other questions tagged encryption suspend ecryptfs luks or ask your own question.

92
How to encrypt individual folders?
104
How do I enable Ubuntu (using full disk encryption) to call LUKSsupend before sleeping/suspending to RAM?

11
Recover encrypted data after reinstall
104
How do I enable Ubuntu (using full disk encryption) to call LUKSsupend before sleeping/suspending to RAM?
1
HP Notebook 17-y020ca under XUbuntu 16.04 unable to resume from suspend
5
Very poor graphics performance after suspend for Nvidia Optimus on Ubuntu 16.04
5
Reinstall to existing encrypted partitions
0
How to have an encrypted partition/folder without any cleartext at all?