How can I launch multiple instances of Totem since 11.10?

Since Ubuntu 11.10, I can't use the --no-existing-session parameter that is used to launch multiple instances of Totem, because it has been removed from newest versions of Totem.

Yes, there is. But as doug mentioned you need to change some lines of code.

If you are running ubuntu quantal you can use my ppa. I build a totem version which includes that --no-existing-session command.

You can find packages here:

Simple - you can't, at least not without altering the source code. Vlc is an option if you have need to run multiple instances.

As far as 2 totem instances - the only way I see is to use 2 different versions of totem, here I continue to keep a self-built totem-xine around, in that case both can run at the same time 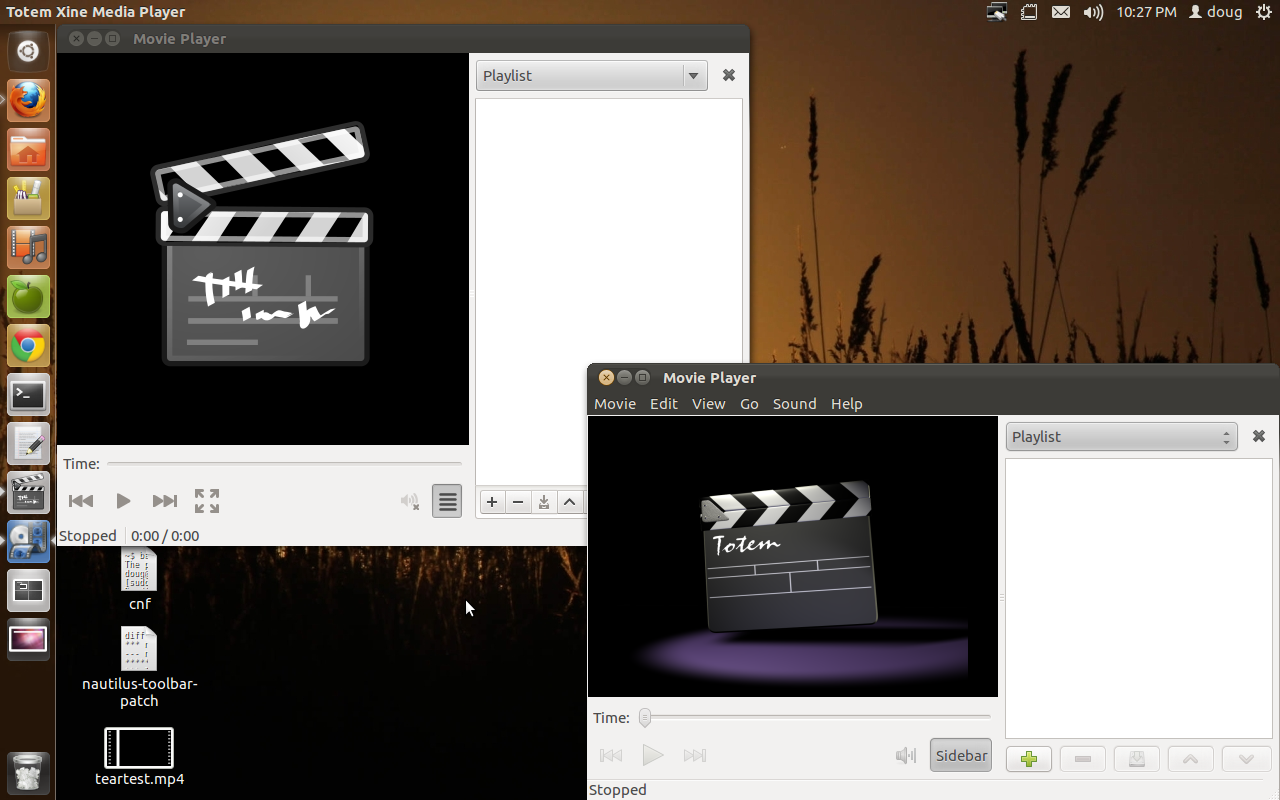 One possible escape from the limitation is to use two/multiple user accounts - which each allows for one instance...

(the command is used in the terminal of the active user, no need to do any logout/user switch at all)

which will run another totem instance under under the root-user. This arguably is a major security concern, but still maybe ok for listening to *.ogg *.mp3 in rare occasions. Also it would be smart to check for a safer substitution to the xhost + command to allow the x-server access in a more restricted manner.

The mehtod of using two/multiple user accounts can be a workaround to the limitation of only one instance per user. maybe a smart person can even create a kind of sandboxing "on-the-fly-user-creation" script which will call a totem instance. Which then could be hopefully less a concern then using the root account.

works as well, but without the security risks.

Not the answer you're looking for? Browse other questions tagged 11.10 totem multiple-instances or ask your own question.

1
Totem: Use --no-existing-session as default

4
How to watch TV with Me TV?
4
Where has "scientific mode" gone in gcalctool 6.2.0?
0
How can I enable the touch-pad in 11.10 while I disabled it using touchpad-indicator in 11.04?
1
Why can I not keep instances of Firefox from two different machines separate anymore?
4
How can I activate bitmap fonts?
2
Totem won't stream media files
27
Name a Byobu session?
1
Piping multiple audio files to totem media player
4
Launch new instance when there is no instance open on current workspace
2
How to make Totem automatically fit window size to video size?