I have a desktop PC running Ubuntu 16.04 in the living room in which i am facing a strange behavior concerning the front panel audio output. Yesterday, after noticing i was not having sound coming out of the jack i followed the guidelines in this thread from which i managed to get fixed in the current session.

Unfortunately, every time i reboot the system, the audio is only produced in back panel while front panel jack is activated only if i open a terminal window (either via launcher or shortcut ctrl-alt-t). Soon after i have an open terminal, front audio jack/headphones start working and i have sound.

Checking alsamixer parameters in a terminal before logging in an user, every setting appear to be normal and Headphone option is not muted.

Checked shortcuts keys in OS and there are no conflicts with media/sound related tasks.

I don't mind having to open and close a terminal to get my headphones working. The problem is that the PC is used by other people in my house that barely know what a terminal is and it would be a very uncomfortable workaround to explain.

This is such a very odd behavior that i got curious with so i am sharing it with anyone who might might tip the possible silly root cause.

I really appreciate any help you can provide.

Create a script with that command you said at other issue. (I suggest you to store at ~/unmute.sh)

So you could do this: 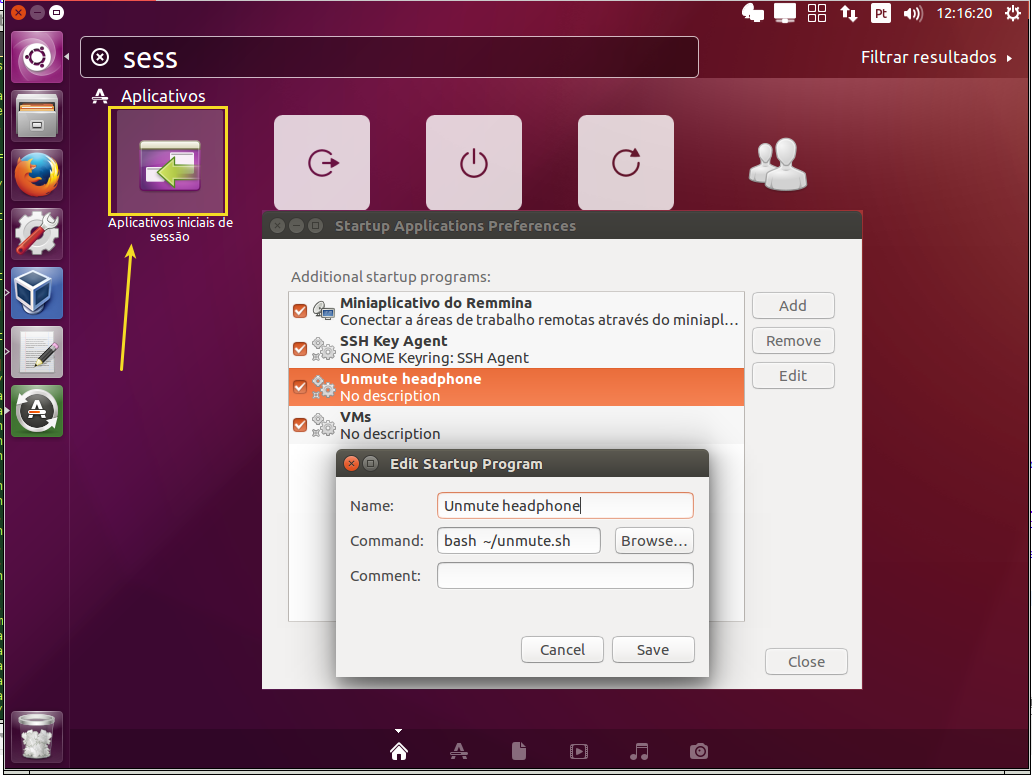 Not the answer you're looking for? Browse other questions tagged sound pulseaudio alsa headphones or ask your own question.