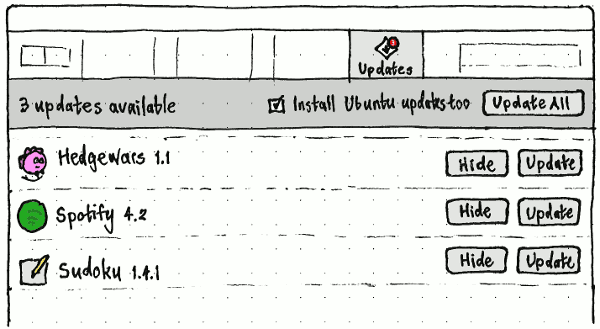 3
When is LibreOffice 4.0 coming to Ubuntu 12.10 as an update?
1
What is the process for software to be updated in the Ubuntu Software Center?
-2
Software minetest problem
1
Why some applications updated and others are not?
106
How do I install Python 3.3?
5
Installing gawk 4.0 on ubuntu 12.04
5
Why traditional ubuntu apps never check for new updates
5
Whom should I ask to update a package to a new upstream release?
3
What can I do if Synaptic can't get the latest version of software?
4
Why do the Repositories not have the latest upstream versions?
See more linked questions

0
Packages are not available for installation
3
How to mantain an ubuntu server without the "-updates" release
0
Why is each security update file size so large?
0
Why installing packages without updates fails? Are original packages removed from repositories after update is available?
5
Why traditional ubuntu apps never check for new updates