What does it mean when there is a path like /dir/dir/program.attribute?

In the question above i was trying to pose an example. I don't know how effective I was in doing so... I just want to understand how there can be what appear to be "hidden" files that exist. Are they in fact hidden? Or are they attributes of a program? How does one access all the .files?

Any information would be enlightening. Thanks in advance!

I am not sure what you are asking exactly.

A files or directories are "hidden" if they start with a ".". 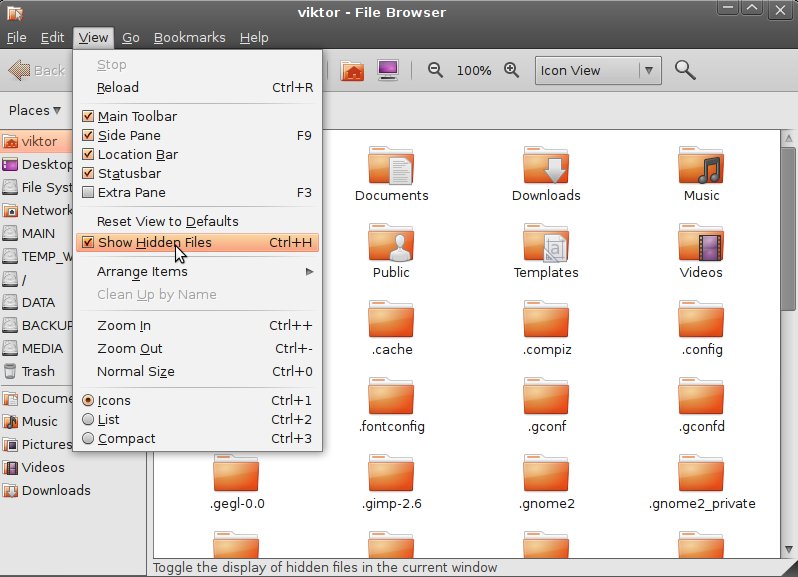 Your path is where the system looks to find commands.

You can set a path , typically in ~/.bashrc

I think you're misunderstanding the concept. In Unix, by convention, filenames starting with . are considered hidden - i.e. some programs, such as ls or GUI file managers do not display those files. Those files often used to store program settings or other stuff which user normally don't want to see.

This is just a convention and there's nothing magical about those files.

Unlike Windows, Unix does not rely on "file extensions", i.e. a 3-character suffixes after a dot at the end of a filename, to determine the type of the file (i.e. NOTEPAD.EXE etc).

5
Firefox cache2 'doomed' folder
7
Upstart PID files in home directory?
2
Can I open several files with the same extension without typing the extension through cmd?
1
Xubuntu 16.04 - Set background image for all users (system wide)
0
Why do I see empty but undeletable files in Google Drive?
0
What does `file:///` mean and do?