After the Windows update the PC only showed me the grub rescue terminal. I could neither use Ubuntu nor use Windows.

I inserted the liveCD and ran boot-repair.

After that Windows appeared normally, but no GRUB and no Ubuntu.

This is what I get when I run sudo fdisk -l: 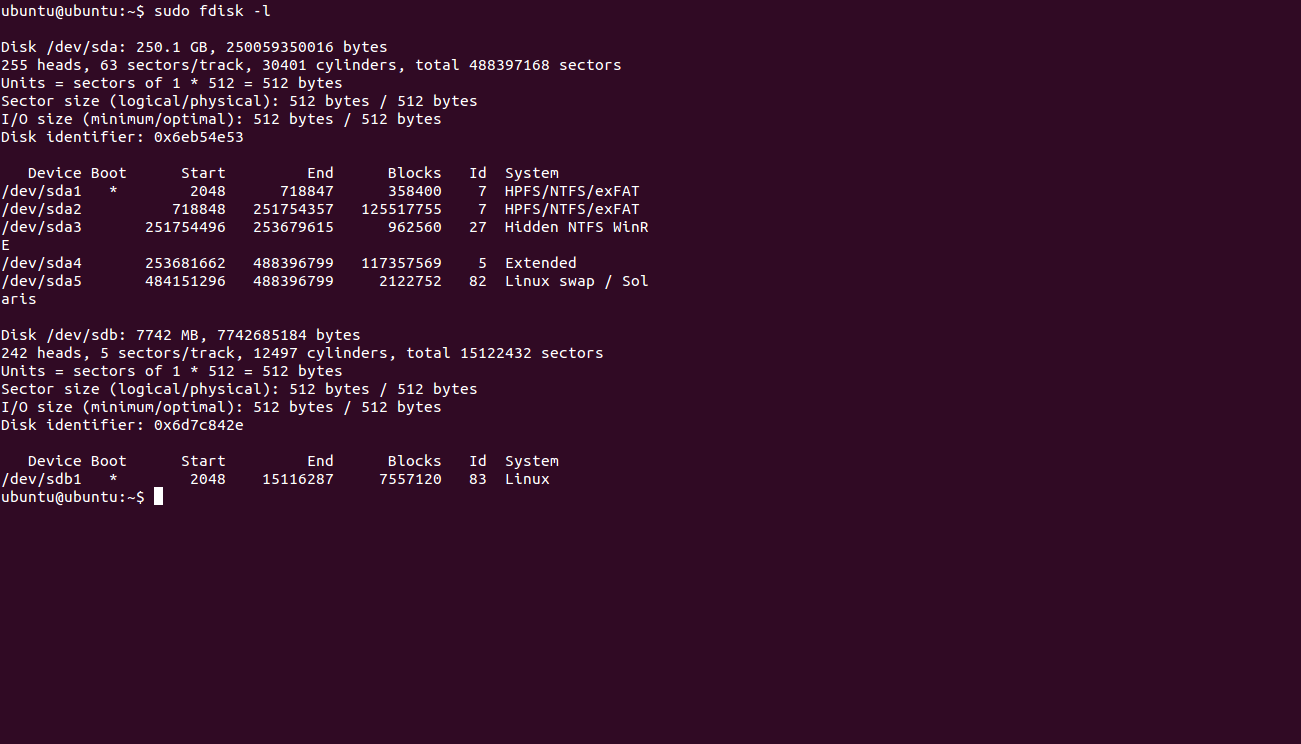 Ubuntu must be either /dev/sda2 or /dev/sda4, since they are the biggest partitions, but neither of them is recognized as a Linux system.

If you're on your Windows, search for 'Command Prompt' and run as administrator. Then, in the command line, type:

Then, restart and you're good to go. If you want reverse your setting, type:

This is the simplest way to get grub back on your Windows.

Windows 10 Anniversary Update, and I understand that Windows 10 Creators Update is the same, both can delete Linux partitions for no particular reason. It's not fully understood what factors trigger this action, however it might be related to MBR formatted disks.

Your sda4 is an extended partition that currently contains sda5 swap partition, and also held the previous Ubuntu partition, presumably sda6... which was located between blocks 253681662 and 484151295.

You can try using testdisk to recover your partition.

Boot to a Ubuntu Live DVD/USB, and in the terminal type:

See http://www.cgsecurity.org/wiki/TestDisk_Step_By_Step for help on how to use this tool.

To elaborate on heynnema's answer, Windows partitioning tools have LONG had bugs that cause them to delete logical partitions or convert them inappropriately to primary form, leading to serious problems. I tried Googling for examples, but I found just this one, concerning Windows XP. Windows XP! That's how long these bugs have existed. I'm 100% certain that there are other bug reports, but they're probably old enough that Google's not turning them up in the first couple pages of my search results. Since the release of Windows 8, the number of MBR-based installations has been dropping, so the number of problem reports has been shrinking.

In fact, I became so frustrated by problem reports about this sort of issue that in 2011 I wrote FixParts, which is based on (and part of) my GPT fdisk utility suite, installed in the gdisk package in Ubuntu. FixParts will not solve your specific problem, though; as heynnema says, you need TestDisk (or something similar to it) for that. I mention this as another illustration of how common and long-standing these Windows disk partitioning bugs are.

There is some practical advice to be gleaned from your situation:

In my case(linux and windows on separate drives) after Windows update the boot order in BIOS was changed. I needed to enter BIOS settings and change the boot order to get Ubuntu before Windows boot manager. It's different on every machine but every BIOS has boot order settings.

Not the answer you're looking for? Browse other questions tagged dual-boot grub2 partitioning boot-repair or ask your own question.