and got this error:

What am I doing wrong? Why was the connection refused? According to the instructions, it seems this is the correct command to install it.

ps: I'm not that familiar with Linux, I'm more of a Windows guy, trying to learn Linux.

In order to add the PPA to your Ubuntu system please run the following commands:

These will add the PPA to your system and install the anbox-modules-dkms package which contains the ashmem and binder kernel modules. They will be automatically rebuild everytime the kernel packages on your system update.

After you installed the anbox-modules-dkms package you have to manually load the kernel modules. The next time your system starts they will be automatically loaded.

Now you should have two new nodes in your systems /dev directory:

In order to update Anbox to a newer version you can run:

This will add a PPA to your software sources, download 406.8MB of archives and install new Linux kernel packages, all this in order to install anbox which is currently alpha software. To see what happens during the installation you can watch this screencast:

During the installation you will see this warning message:

I installed Anbox anyway in Ubuntu 17.04, and the built-in Android apps included in Anbox worked out of the box, although the expected bugs and instability arrived as promised.

Reboot to finish the anbox installation.

Anbox doesn't come with Google Play Store pre-installed (although you can install it) and does not even have a package installer, so the only way to install additional applications in Anbox is through an Ubuntu software package named Android Debug Bridge (adb). You have to download the .apk file of the app you want to install, open the terminal, change directories using cd to the directory of the .apk file, and then install the app with a command that looks like this:

Then maybe the app will install or maybe it won't install if the app requires additional dependencies that are not installed in your operating system. For example WhatsApp requires Java as a dependency. I already had Java installed in my Ubuntu, so I tried to install WhatsApp. 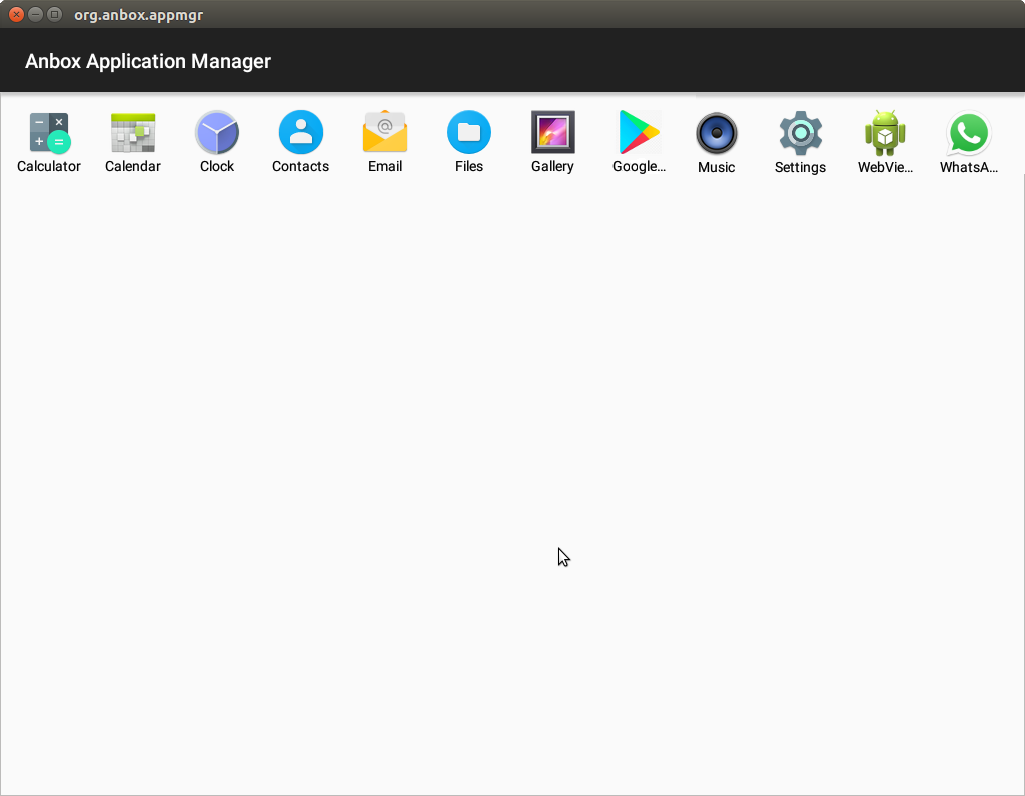 When you open WhatsApp for the first time it shows you a screen with a message that says:

Not the answer you're looking for? Browse other questions tagged software-installation snap anbox or ask your own question.

0
How to install anbox in ubuntu 20.04?
1
error install and run Anbox in Ubuntu 18.04
1
I cannot install anbox
0
How can I install Play Store on Anbox on Ubuntu 16.04
7
Boot process of Android installed in VirtualBox seems to get stuck
8
How to install and run Anbox in Ubuntu 18.04?
5
Alexa for Ubuntu
3
What'sApp installed on anbox on ubuntu 17.10 doesn't work – probably it can't acces the internet
2
How to run android apps in my pc
0
WhatsApp app for Ubuntu (non-web)
See more linked questions