How to install a Ubuntu dual boot with Windows 10, when the UEFI partition is NTFS?

I have recently received a machine with a OEM Windows 10 installed. But I couldn't install Ubuntu on it, because the UEFI partition was in NTFS format. Instead of vfat/fat32 like the the UEFI specification stipulates. NTFS is not even mentioned there. But like always: Microsoft is bigger than any international standards, so others need to adapt.

I tried different methods to recreate the UEFI partition, but I couldn't get it working without removing the Windows installation. I was considering to reinstall Windows 10 and try to force the UEFI in FAT format.

Still I think it would be a good idea to collect workarounds/fixes for the dual boot with NTFS UEFI partitions. Since I fear I won't be the only person confronted with this issue.

EDIT: Turns out, the below was "false alarm" of sorts; somewhat later, I realized the disk hosting this NTFS "EFI" partition is formatted MBR, not GPT; and it does not have an EFI folder either, nor typical expected Windows EFI files as EFI/Microsoft/Boot/bootmgfw.efi. I guess, the presence of the "esp" flag on this partition is what got me confused.

In the end, I ended up doing this:

This still didn't help dual boot at this point, however, now that I had a FAT32 partition, I could re-install Ubuntu, from stick booted in EFI mode, while flashing GRUB2 on this partition.

Which is to say - this first NTFS partition, which was bootable (and marked esp) was most likely not a real EFI partition - maybe it somehow facilitated recovery or something; which is (I guess) proven by the fact, that I could only achieve dual boot to Windows, by forcing legacy boot.

Not an answer, but just wanted to respond to this:

I'd like to see the output of sudo parted -l and sudo blkid on this system with the allegedly-NTFS ESP. I've seen such claims a couple of times before, but without evidence. ...

Please provide the parted -l and blkid output first, though; that could provide vital information.

Yup, just ended up with a system like that, refurbished ThinkPad.

I booted up Slax on my USB thumbdrive on this laptop (in legacy mode), and it provides this information (note that I've done a bit of manual partitioning, in addition to what was present upon disk already; I've also removed info about other drives):

So, partition 1 is marked both as ntfs, and as boot & esp.

I wanted to install Ubuntu dual-boot on this machine along with Windows, so I booted up the mini.iso from USB thumbdrive (in EFI mode), which runs the text installer; originally it showed this state of partitions: 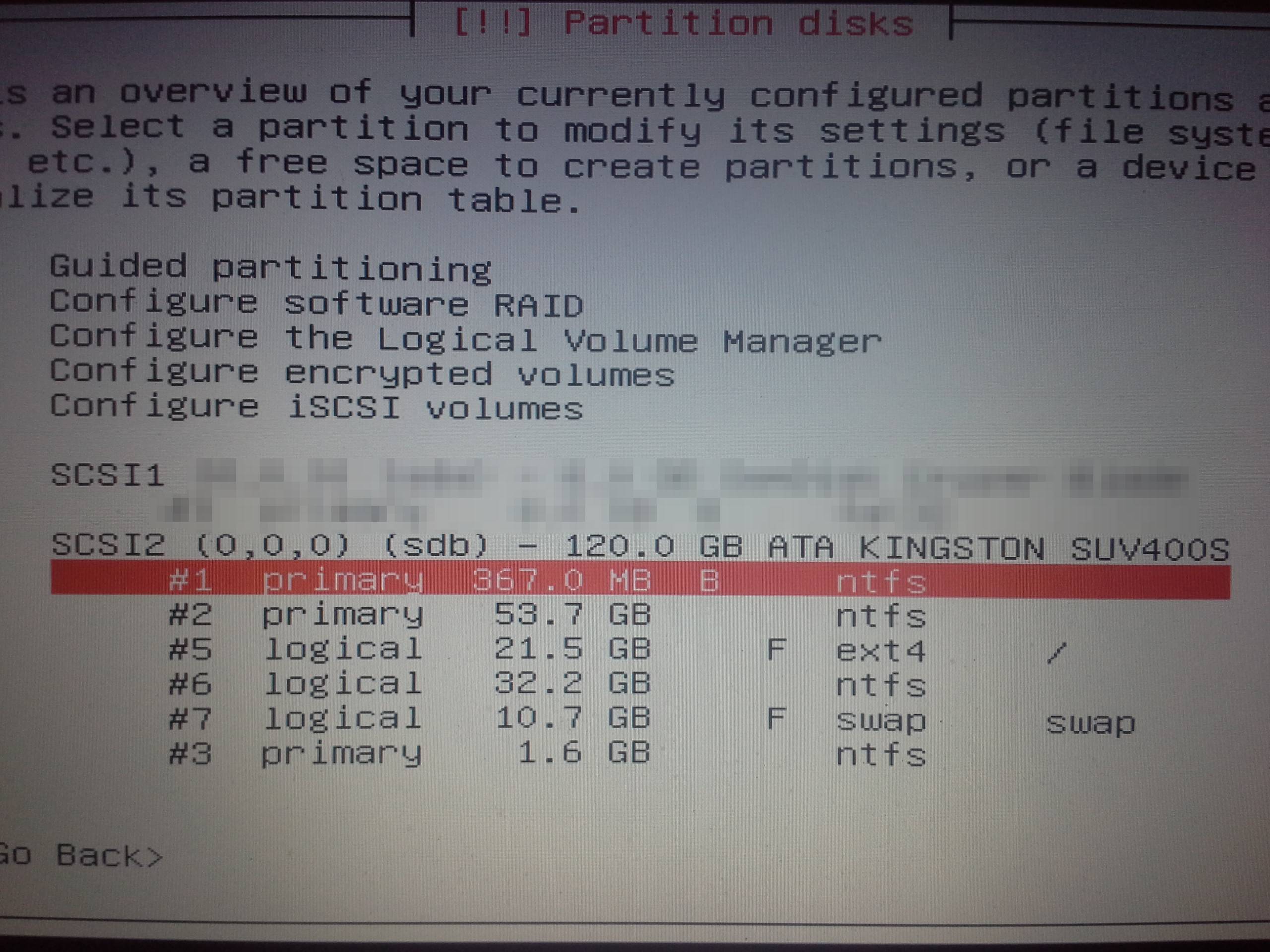 I then tried to to set up partition 1 to be "Used as" EFI system partition, which resulted with this state being shown: 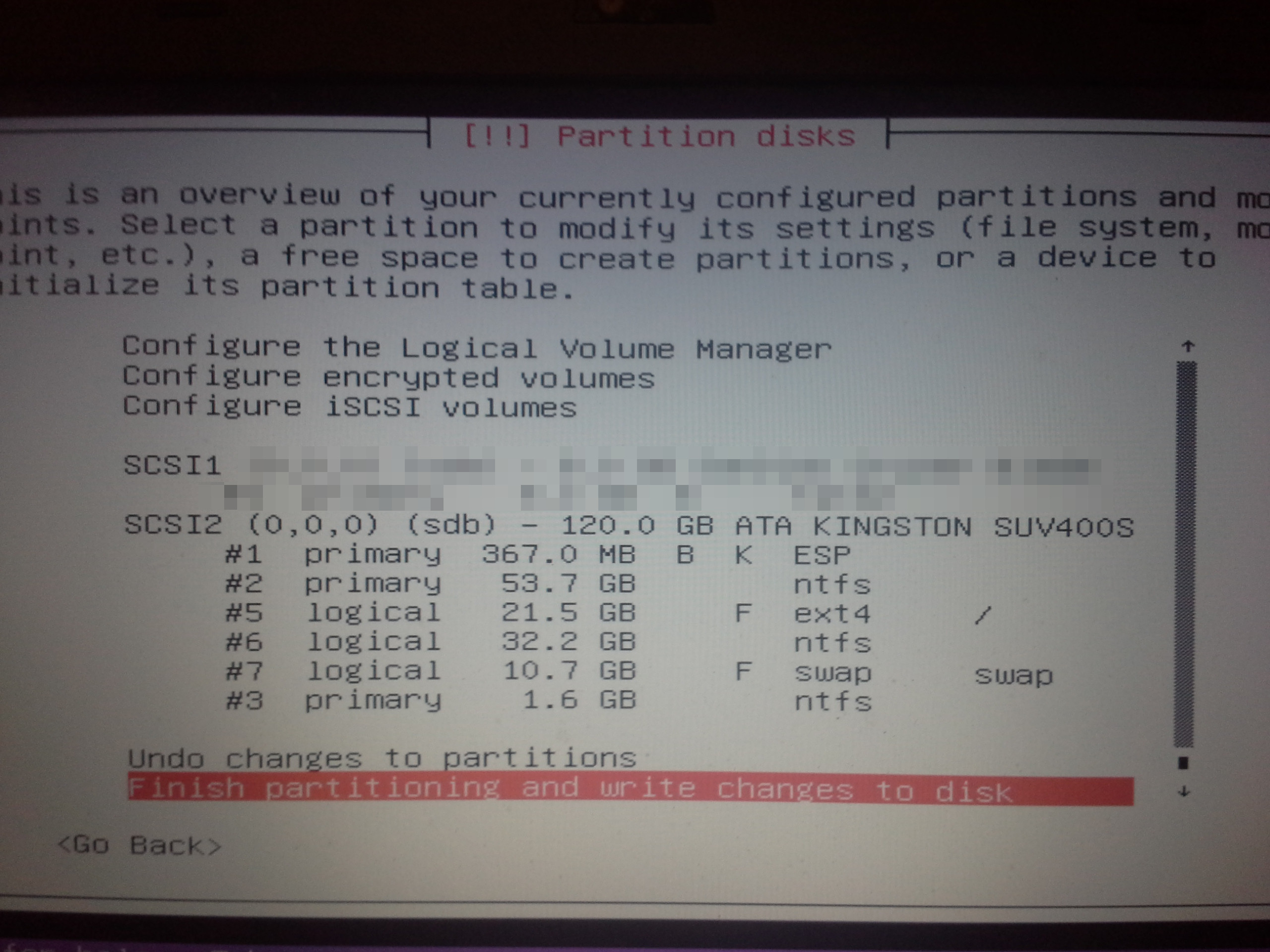 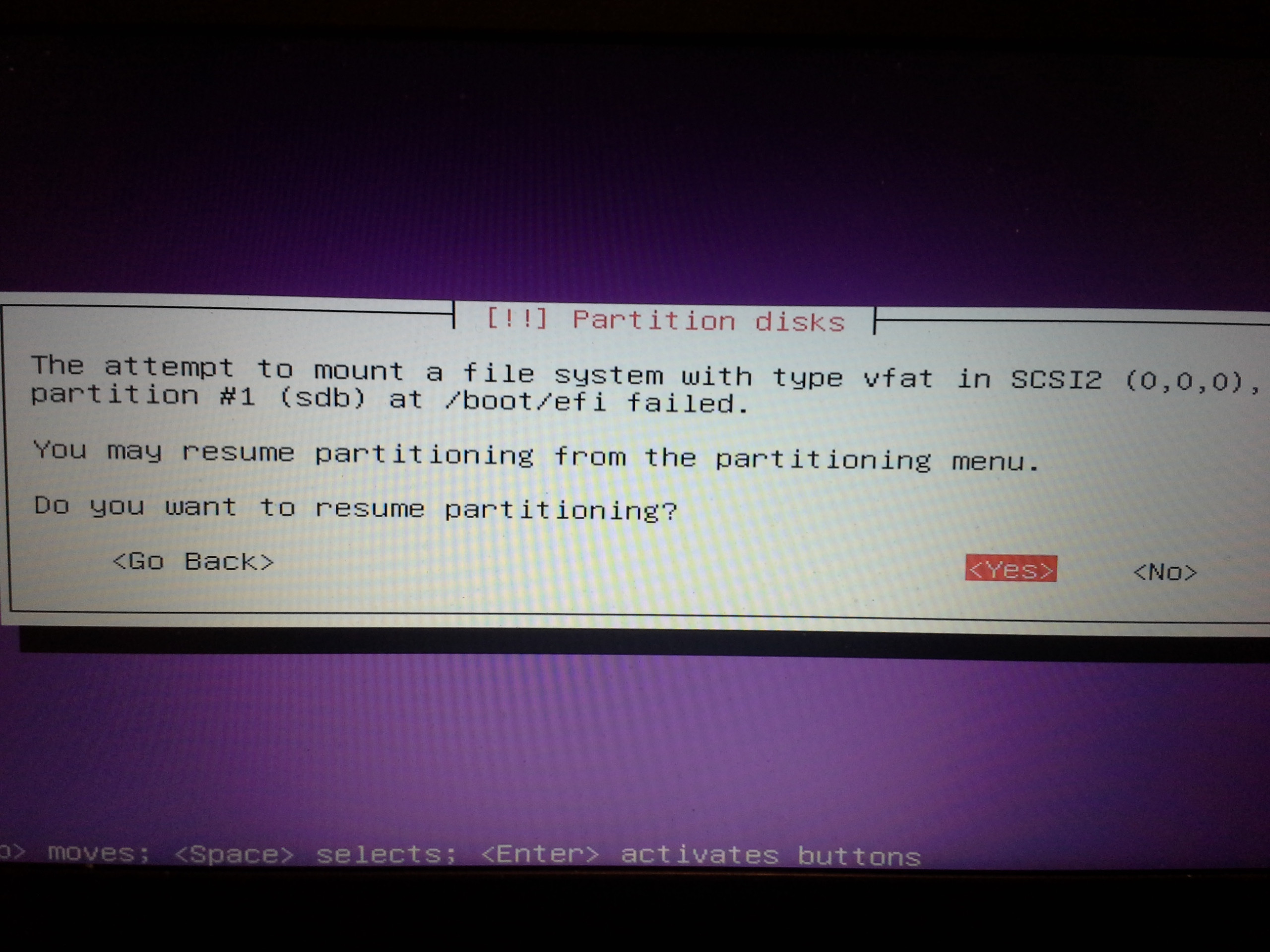 So, yeah - the text installer does seem to make the assumption that the EFI partition is always vfat, and as in this case it is NTFS, the process there fails ...

So I cannot really tell, what I can do, to have Ubuntu installed on this system in dual boot configuration with Windows - without changing the EFI partition ...

EDIT: Here are approximately the files present on this first NTFS partition, mounted on /mnt here (I had cut off some obvious translation and font files to make it easier to read) - note that there is no EFI folder anywhere:

Not the answer you're looking for? Browse other questions tagged dual-boot partitioning system-installation uefi ntfs or ask your own question.

16
How to boot into Windows 7 when grub is installed in the Windows partition?