I had Windows 10 installed on my machine. I created an extra partition and installed ubuntu on it. During installation I was getting error that grub installation failed. To fix that I choose an 500MB partition (I am guess this was MBR) to mount on /boot/efi and proceeded with installation. This fixed installation however, grub is not able to detect Windows 10.

Here is my system partiton: 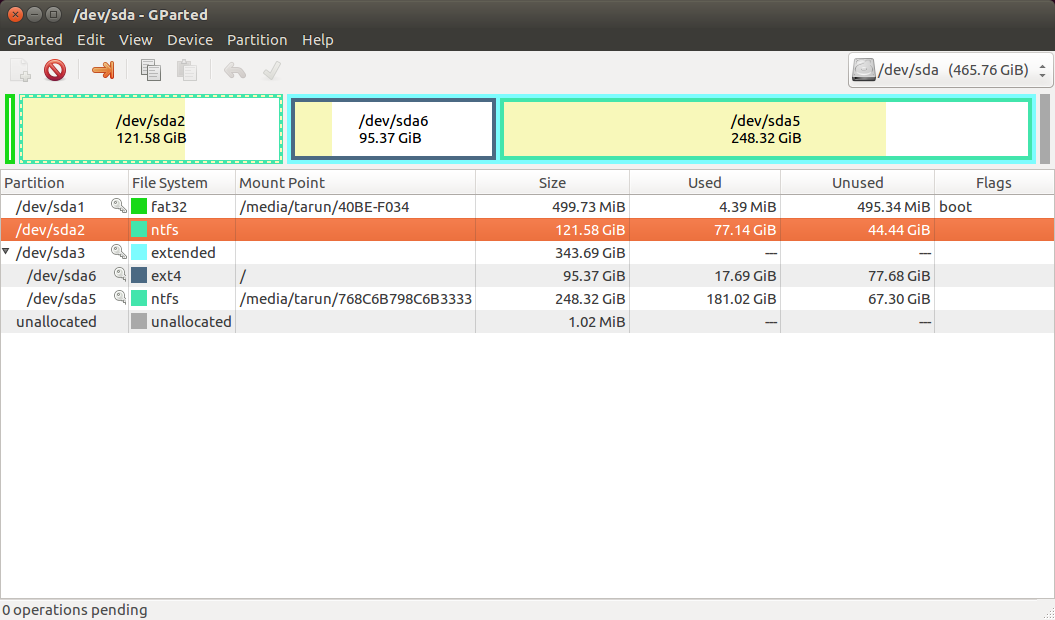 /dev/sda1 is the partition I chose to mount on /boot/efi. /dev/sda2 is Windows 10 installation. /dev/sda6 is Ubuntu.

When I am running sudo update-grub grub is not detecting Windows 10 installation. I am worried that if I just randomly follow any blog post I may or may not lose my Windows 10 install. Can someone please explain me what happened and point me in the direction on how to fix it.

Your /dev/sda use the Master Boot Record (MBR) partitioning system. Unless you've got a second hard disk that uses the newer GUID Partition Table (GPT) system, this means that Windows is installed in BIOS/CSM/legacy mode, since Windows ties its boot mode to its partition table type -- on MBR disks, Windows installs and boots only in BIOS mode, and on GPT disks, Windows installs and boots only in EFI/UEFI mode.

It sounds like you may have forced Ubuntu to install in EFI mode. (Ubuntu is less restrictive about the linkage of boot mode to partition table type than is Windows.) If so, you've got an EFI-mode version of GRUB, which cannot launch the BIOS-mode Windows boot loader. Broadly speaking, there are three ways around this problem:

Of these options, the first one is the least elegant in the long term, as my page on the CSM (referenced earlier) describes; but it's relatively low in risk. If I were doing a fresh installation, I'd recommend doing everything in EFI mode, but converting Windows to boot in that way carries some not-insignificant risks, so I'm reluctant to recommend doing that. Using a mixed-mode boot is likely to be the short term, but it's also likely to be the most awkward, particularly if you rely on the computer's built-in boot manager. Overall, it's hard to make a simple recommendation of which approach to use, since that depends on your specific needs, skills, and situation.

Not the answer you're looking for? Browse other questions tagged dual-boot grub2 partitioning uefi windows-10 or ask your own question.