Dash in Unity-2D: how to tweak search?

For some reason after recent update Unity-2D dash doesn't show programs: I type "firefox" but it shows only files and folders as shown on the following image: 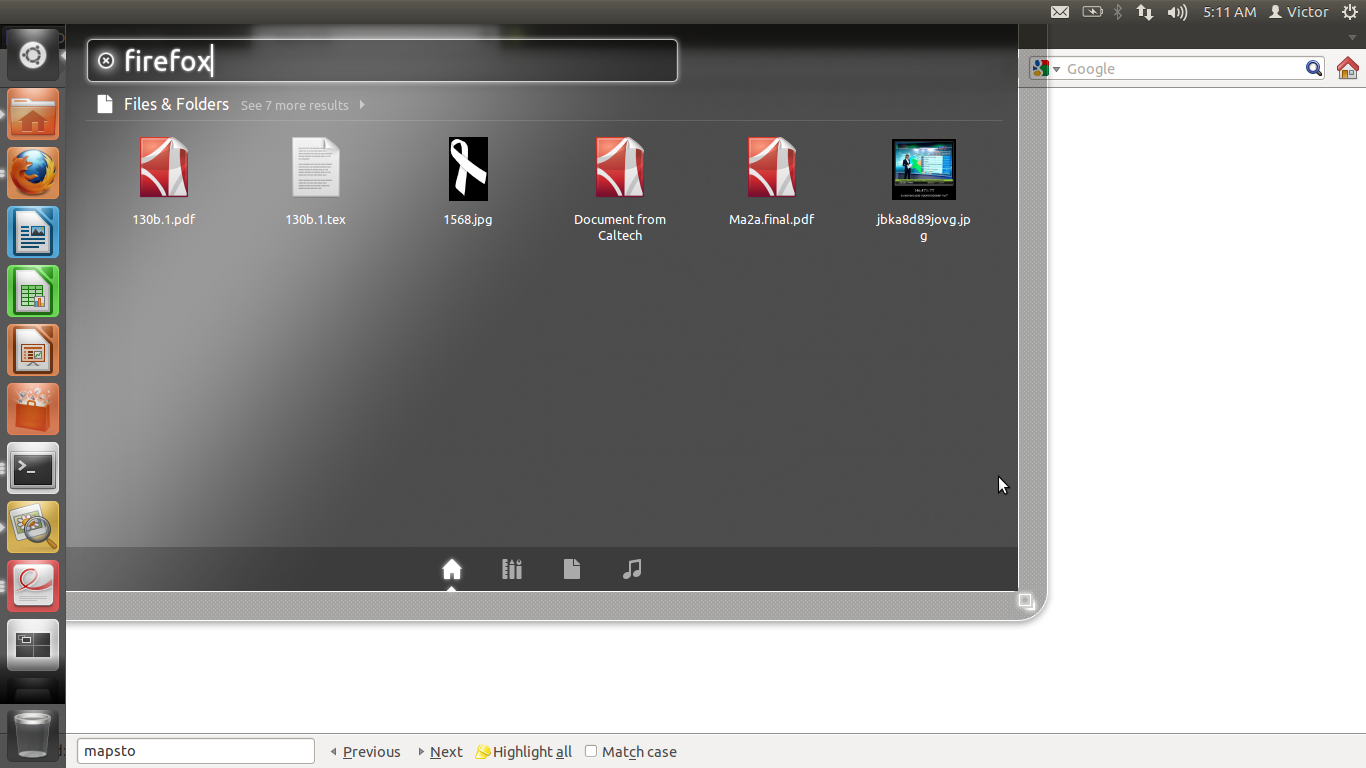 However dash finds Firefox after pressing the second icon at the bottom of the Dash window, as shown on the following image: 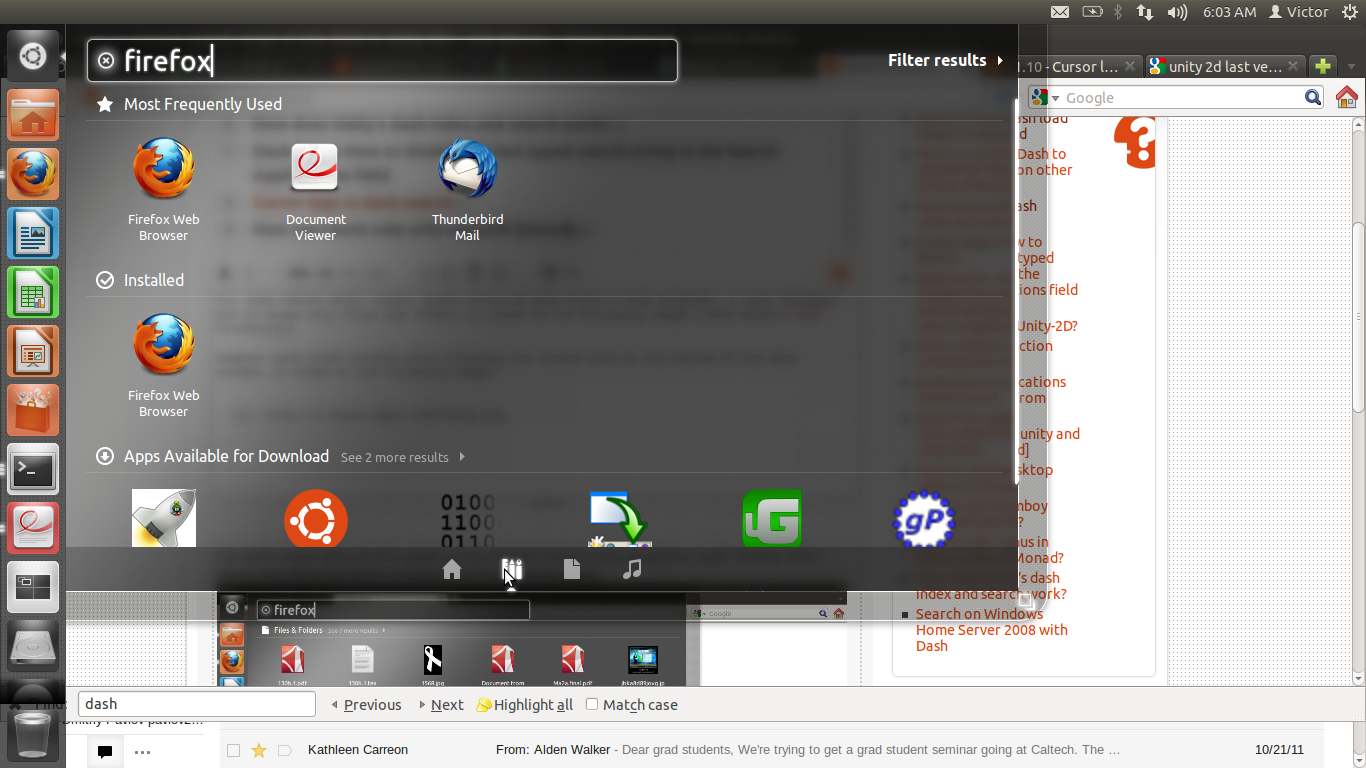 What I want is to be able to launch programs "in a few seconds" without using the mouse. Ideally, by typing "SuperfirefEnter". I have tried to find a dash manual using Google, but have failed to find anything useful.

Is there any Dash manual, suggesting how to tweak it?

Update: after another Ubuntu update and subsequent reboot the problem has disappeared. So I think the question can be closed. However I'm still interested in Dash manual, describing, how to tweak Dash. So if someone has an idea on where to find one, it would be great.

Alt + F2 brings up "Run a Command" in the dash. You can start typing "firefox" and press Enter to launch it.

3
How to make Dash more friendly with commands
0
Unity Dash and top toolbar won't open after updating to 12.10
0
Unity dash search
2
How to find the path of a file found in Unity's Dash?
1
Is there any way to make the ubuntu icon launch Kupfer instead of the dash?
2
Unity-dash search lags inconveniently
0
Hide folder from Unity Dash search results