What is a reasonable bs to use when running dd to flash an Ubuntu image? I am using:

I am running this dd operation on a strong server, with bs=1M. It takes almost 3 minutes (154 seconds):

I assume that if I will use a higher bs, like bs=500M, it will be quicker (though I did not check it).

What is a recommended and reliable bs= for such dd command?

Some years ago I tested different block sizes, and found that bs=4096 is a good value for most cases. It made no big difference to increase the block size to higher values. If I understood correctly, it was also the value used by several programs (cat, cp etc). This is the block size used for dd under the hood in mkusb.

Things may have changed since I tested different block sizes, but I think the speed in your case is limited by the flash memory hardware. A fast USB 3 pendrive or fast memory card will be 5 times faster (~25 MB/s) even when connected via USB 2. See this link and links from it,

If you wish, you can try some different block sizes, but do not expect any big improvement. Please come back and report the result, particularly if you find a major improvement. In that case it is also important to specify the hardware and the operating system (version of Ubuntu).

I tested again, with current Lubuntu 16.04 LTS versions, and computer hardware of different kind and age, as described in the following table and graphs. 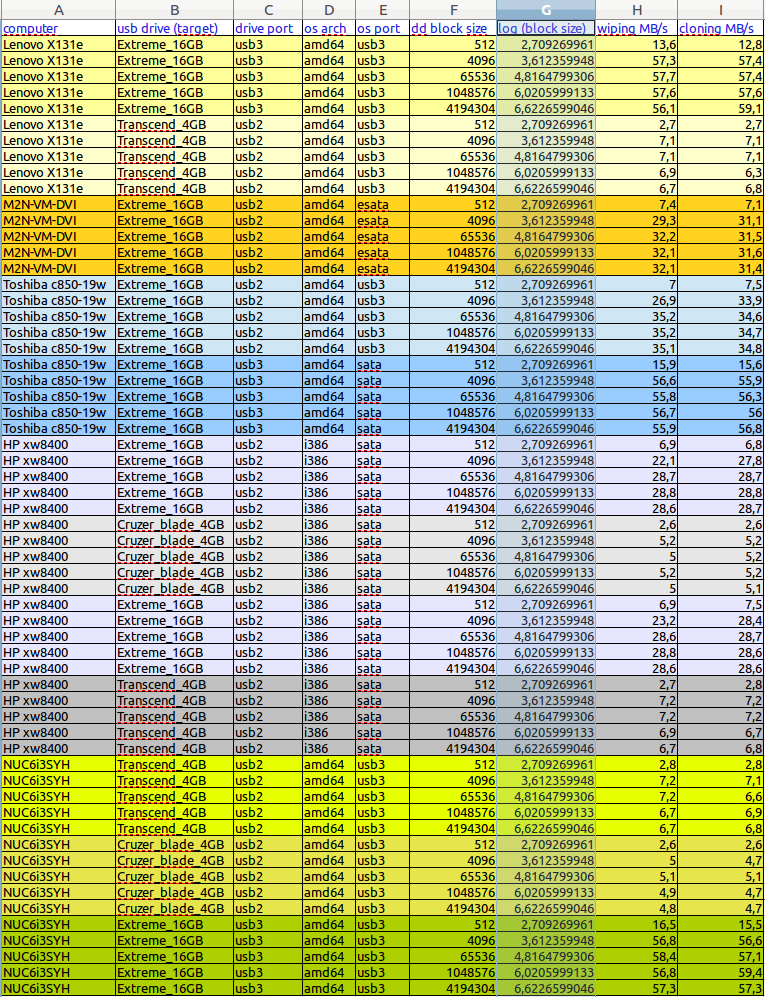 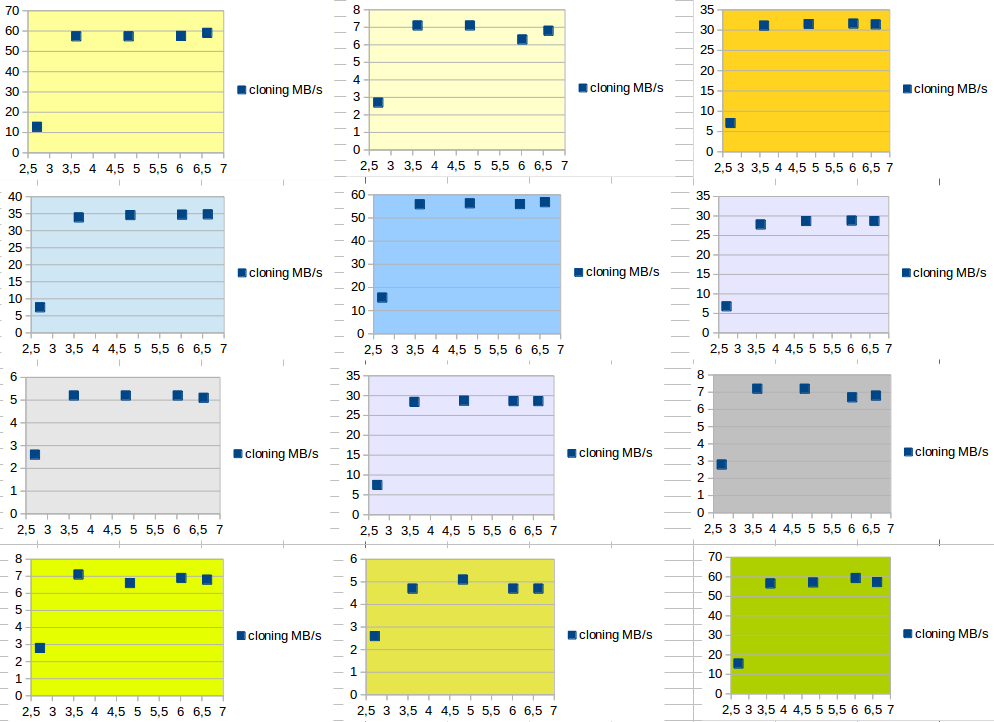 Using a usb stick that is USB 3.x compatible, I get 65MB/s for an ISO burn.

Not the answer you're looking for? Browse other questions tagged usb-drive dd or ask your own question.