I followed the installation guidelines to install Ubuntu via a bootable USB flash drive and chose to "Install Ubuntu". The screen froze upon installation and after browsing through a few forums I found that replacing "quiet splash" with "nomodeset" within the "Install Ubuntu" command may be able to solve my problem. Ubuntu installed, however, I got stuck in a loop when logging in - the screen would basically go blank and then take me back to the login screen.

I then rebooted and loaded the GRUB terminal, entering the "Ubuntu" menu I added "radeon.modeset=0" to the end of the line starting with "linux" as my HP has an AMD graphics card and upon reboot I am getting the following error screen: 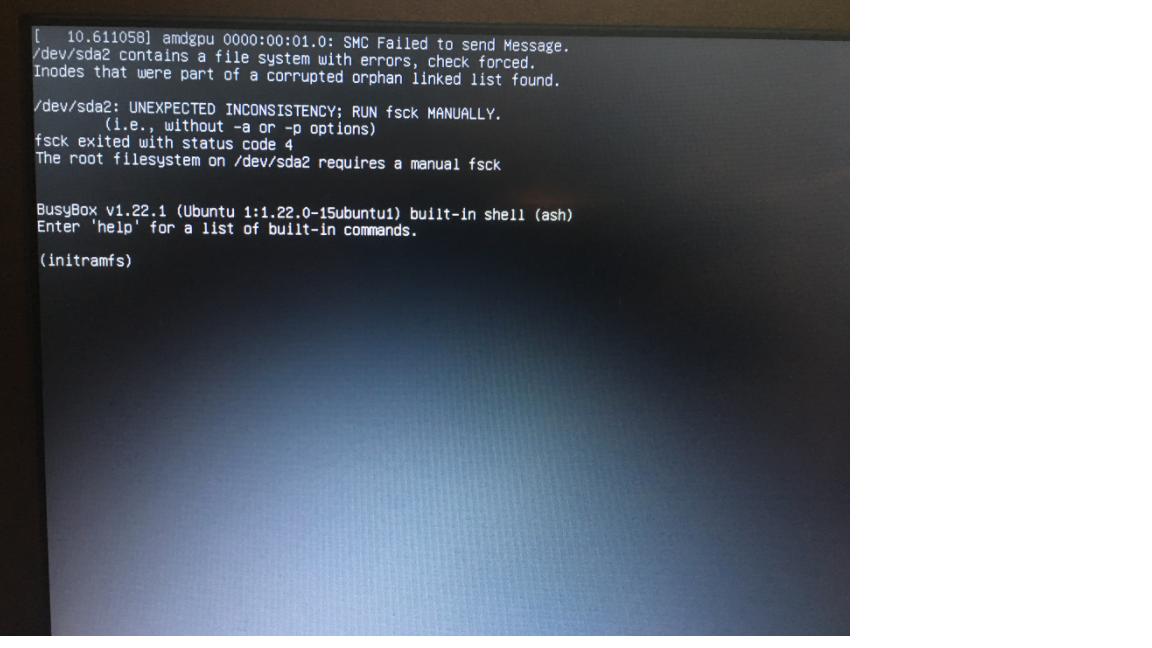 I have been through a few forums and I believe I am having problems due to the graphics card. If anyone could help I would really appreciate it.

I have found another post on the ask ubuntu forums which lists a similar issue encountered when trying to boot ubuntu onto a HP laptop with similar specs: HP Laptop AMD APU - Fail to Boot - Live linux cd

The post mentioned above conatins a link to a patch which I believe may solve the issue. I am unsure how to go about applying the patch. Will I be required to patch and compile the source code for the kernal? 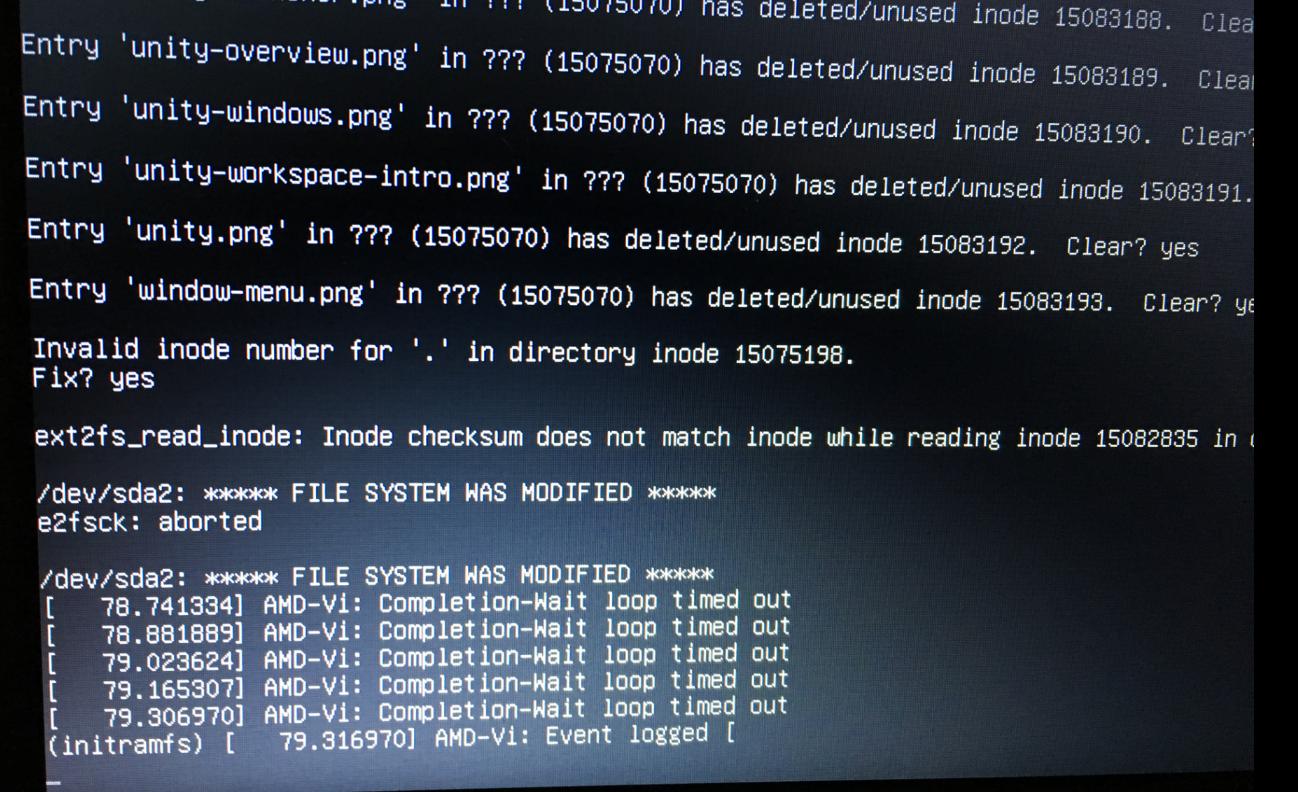 The AMD-Vi: Completion-Wait loop timed out appears to be addressed in the patch mentioned above.

Fix the BusyBox screen by manually fixing the filesystem with this at the prompt:

(In the above command, the initramfs is the prompt you're seeing. The text the follows is the command to type in.)

Fix the graphics problem by running this at a console prompt. First boot using the nomodeset grub parameter. You can get to a console by hitting this keyboard short cut: Alt+Ctrl>+F2.

Run this command to show the available drivers for your GPU:

You'll be safer by picking the one that the system identifies as recommended.

To install a driver from the list run this:

To see which driver is currently in use (most likely the one that is failing) run:

Not the answer you're looking for? Browse other questions tagged boot 16.04 system-installation amd-graphics or ask your own question.