After installing Nvidia drivers, Steam and OBS (so far) won't launch and I get this errors:

In additional drivers, it says that I'm using the nvidia drivers: 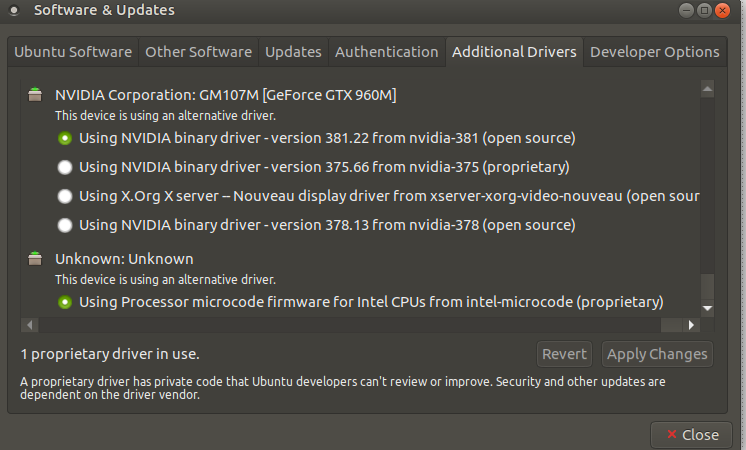 However, I'm not sure why I got 3 different nvidia drivers available, 375, 378 and 381. I've must have installed them wrong. I did tried to install them several times,

However the output of lspci | grep VGA" says:

Is bumblebee still necessary? What can I do? , I've tried sudo apt purge nvidia* and then reinstalled with sudo apt install nvidia-current but nothing different happened

EDIT: Secure Boot was disabled since I installed Ubuntu Mate and still is.