I have tried multiple times, USB used Rufus to make bootable disk, tried others in the past.

After boot choose try or install Ubuntu, get 2 lines:

means that the system failed to create the watchdog device because some of the resources were already reserved (-EBUSY). see: Linux git commit

Although based on the the resource number, there is not enough information to figure out which resource range failed to claim. There is a Linux patch which can print the resource range if device failed to claim, based on which /proc/iomem or ioports should tell who already claimed this resource, and whether it's a driver bug or incorrect resource assignment which is running into this conflict, so it can be diagnosed further.

Some people suggest that it can be caused by some problem with your bootable disk. So you can try to disable USB 3.0 or try a different USB device instead (USB 2.0 instead). You may also to create the bootable USB again, but using different software, e.g. UNetbootin. Another workaround is just to burn disk a DVD instead and try again. see: USBlive fails to boot

Other things you can try is to enable or disable ACPI support in BIOS. Some other people suggest that it could be a video card issue.

To find more about the issue, try disabling quiet mode which may show more boot messages. So when you're on the grub menu while booting, press Tab or e , hit X to edit, then delete quiet and add nomodesetsee: linux.com (this instructs the kernel to not load video drivers and use BIOS modes instead until X is loaded).see: ubuntuforums

I have just managed to solve this

Determine what is the Device creation failed: number

It is the TPM (Trusted Platform Module), feature which implements cryptographic keys storage, used to improve security for technologies such as bitlocker.

Action: Disable this and error should go away or change to another number)

if the number is 4

Action: Change the USB mode in the BIOS from 3.0 to 2.0 or viceversa

If none of the above work follow these steps: 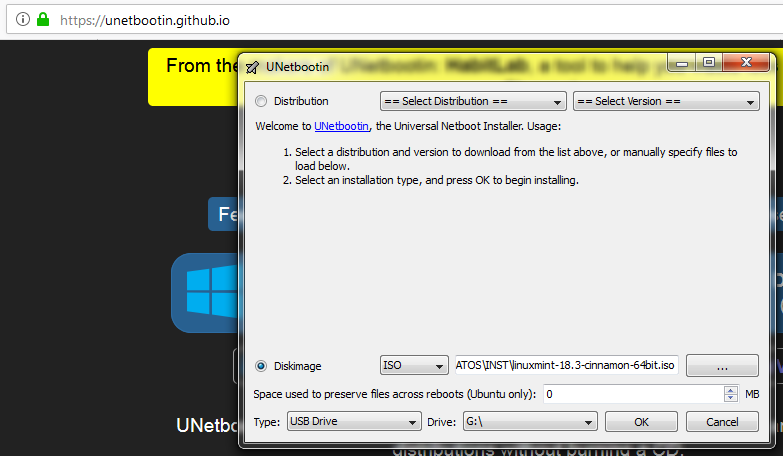 In my case it seems that the .ISO file was corrupt, I downloaded it again in another computer, checked the integrity and follow the steps above and I have now a booting USB that will allow me to fix/reinstall my laptop

If problem continues, format your USB with bad block check and try again

26
How do I disable ACPI when booting?
2
Failed to claim resource error
0
HP laptop: Ubuntu install and live disk failed: pcie trouble: fixed
0
Why does it keep sending me back to this menu when installing Ubuntu?