I have ubuntu 16 running as the main os of my computer. I want to make a partition and dual boot windows 10 along side it. I have an extra hard drive on this computer where i made the extra partition. My issue is that the windows 10 installer wants me to wipe this entire drive in order to install it (windows 10). The drive is a terabyte and i really dont want to waste the entire thing on windows , and it is a built in hard drive so im a little concerned about wiping it.

When i try to select the partition i have created during windows installation it tells me that the partition is gpt partition and cannot be used. I found a guide to clean the drive, but this 1T drive is built into my laptop and im a little concerned about wiping it clean (though im pretty sure it isn't used for anything currently). but i wanted to check with the community that i wasnt about to make a huge mistake before i did this

I am following this guide on how to dual boot (windows after ubuntu), How can I install Windows after I've installed Ubuntu?

and i am following this guide on how to fix the formatting issue i am having when trying to install windows https://www.youtube.com/watch?v=DQf9YqbD8WI

Here is the output of my gparted (the second image sdb1 is where i have made the partition). 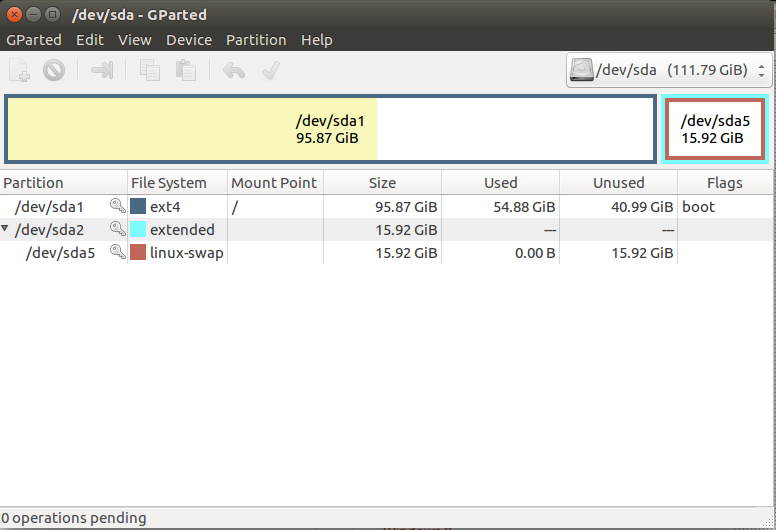 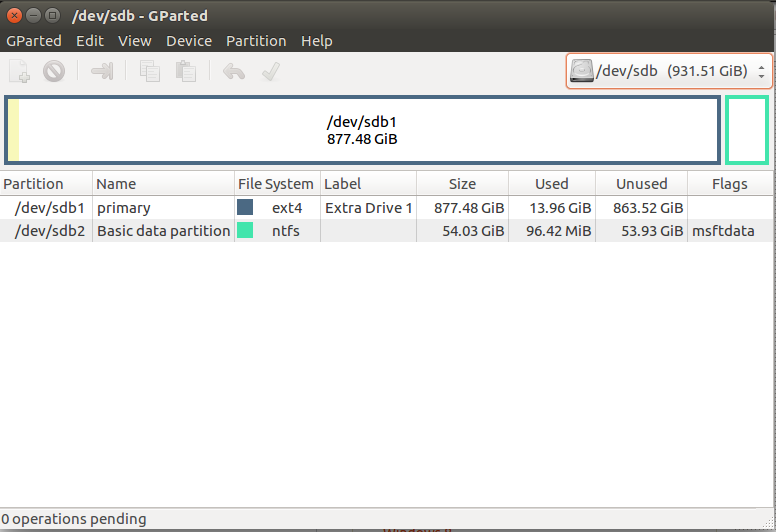 You're running into issues of Windows' compatibility between boot mode (BIOS/CSM/legacy vs. EFI/UEFI) and partition table type (MBR vs. GPT). Specifically:

To step back a bit: Prior to late 2011, most computers used BIOS firmware. Computer firmware is responsible for kick-starting the boot process, and BIOS dates back to the 1980s. By today's standards, it's primitive and awkward. To replace it, EFI firmware (and its version-2.x variant, UEFI) was created. EFI is more sophisticated and flexible, but it requires new boot loaders. A final twist on this is that most EFIs for x86-64 computers include a feature, the Compatibility Support Module (CSM), which enables EFI-based computers to boot with BIOS-mode boot loaders. The CSM is awkward itself, though, and it's best to install all OSes in one mode -- that is, all in native EFI/UEFI mode or all in BIOS/CSM/legacy mode.

There are quite a few different possible ways to achieve your goal, but some of them depend on your having a newer EFI-based computer. Although I generally favor EFI-mode booting these days, I think sticking with BIOS-mode may be easier in your specific case. To do so, follow these steps:

The other major approach is to convert Ubuntu to boot in EFI mode and install Windows in that mode, too. Clearly, though, you're booting the Windows installer in BIOS mode (that's why it's complaining about the disk being GPT; Windows won't install to or boot from a GPT disk when booted in BIOS mode), so it's uncertain that you've even got an EFI-based computer; and if you do, you'll need to find a way to boot your installer in EFI mode rather than in BIOS mode. If you go with this approach, you'll definitely need to install a new EFI-mode Linux boot loader after you've installed Windows. Boot Repair can do this, but you'll need to boot the Ubuntu emergency disk in EFI mode.

As background reading, particularly if you think you've got an EFI-based computer, and especially if you try to go the EFI route, I recommend you read my page on the CSM. This page is written for people in a different situation from yours, but it describes what the CSM is and how it can complicate the boot process. My recommendation to install Windows in BIOS/CSM/legacy mode is at odds with the general theme of my CSM page, but given that your existing Ubuntu installation is almost certainly in BIOS/CSM/legacy mode and you're clearly booting the Windows installer in that same mode, it seems that sticking with that mode is the course of least resistance, even though that will require changing /dev/sdb from GPT to MBR.

274
How can I install Windows after I've installed Ubuntu?

1
Deleting recovery partition on dual boot machine and resizing window 7 partition
3
Windows 7 and Ubuntu Boot issue
0
Dual Boot Ubuntu 14.04 and Windows 7 Grub Issue
0
How can I wipe an existing Windows partition, then reinstall Windows as a dual boot with Ubuntu?
5
Moving Grub to a new drive to get rid of Windows
0
Will clonezilla backup EFI partition, dual boot Windows and Ubuntu partitions