ive looked through several of posts here on related issues and the attempts ive made all seem to lead to the same result, that eth0 is not configured or discoverable.

i have a new 17.04 server, on a laptop which had successful wifi connection. wifi light wont come on. when i ping google, it says 'name or service not known'. have no wired access to connect to until tomorrow. i do have a live usb of the installer available to boot into recovery mode if that would help.

some results so far;

also; sudo ifconfig eth0 up result; eth0 error while getting interface flags: no such device

some shots from other results; 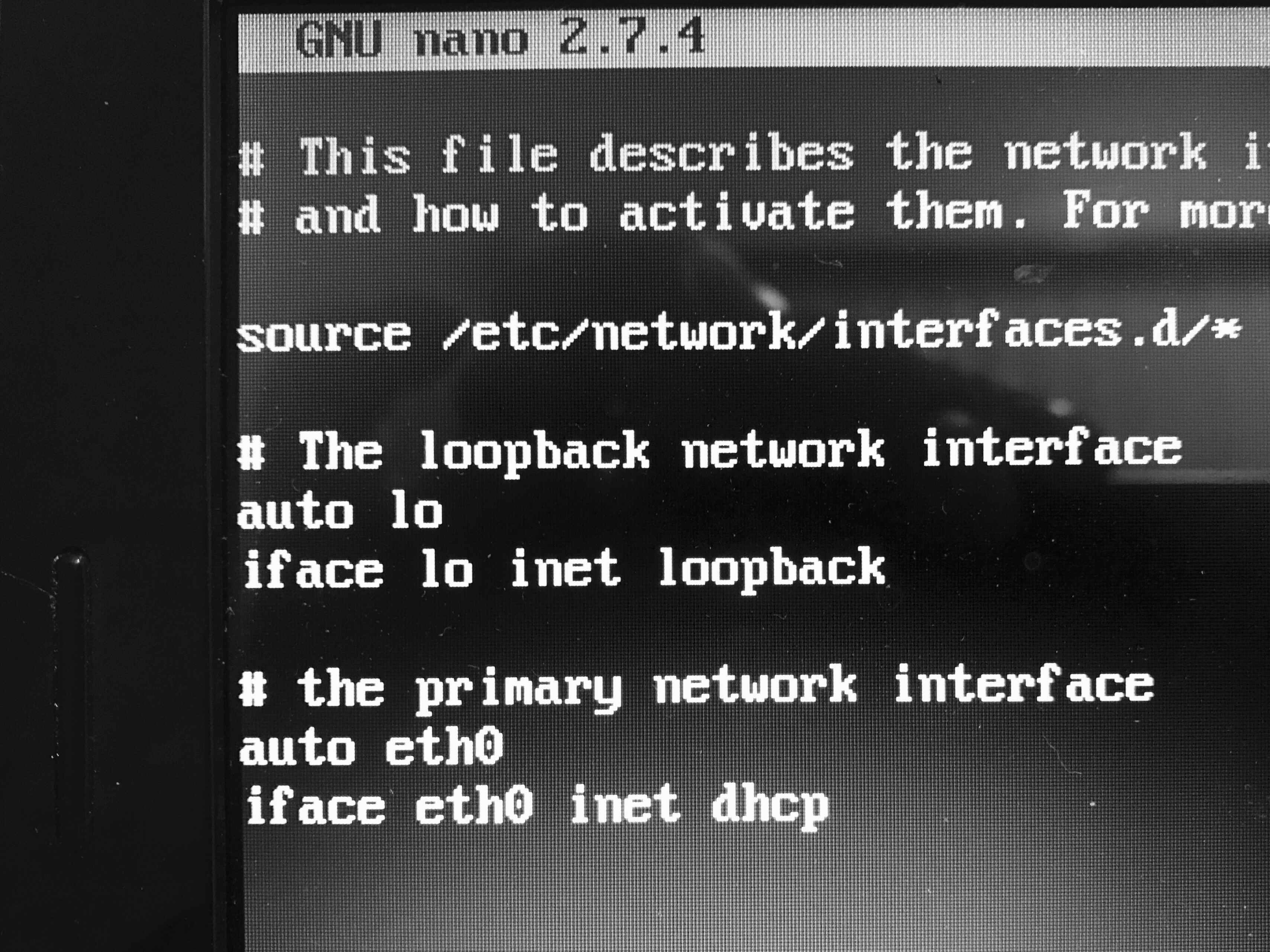 also photo from ifconfig -a 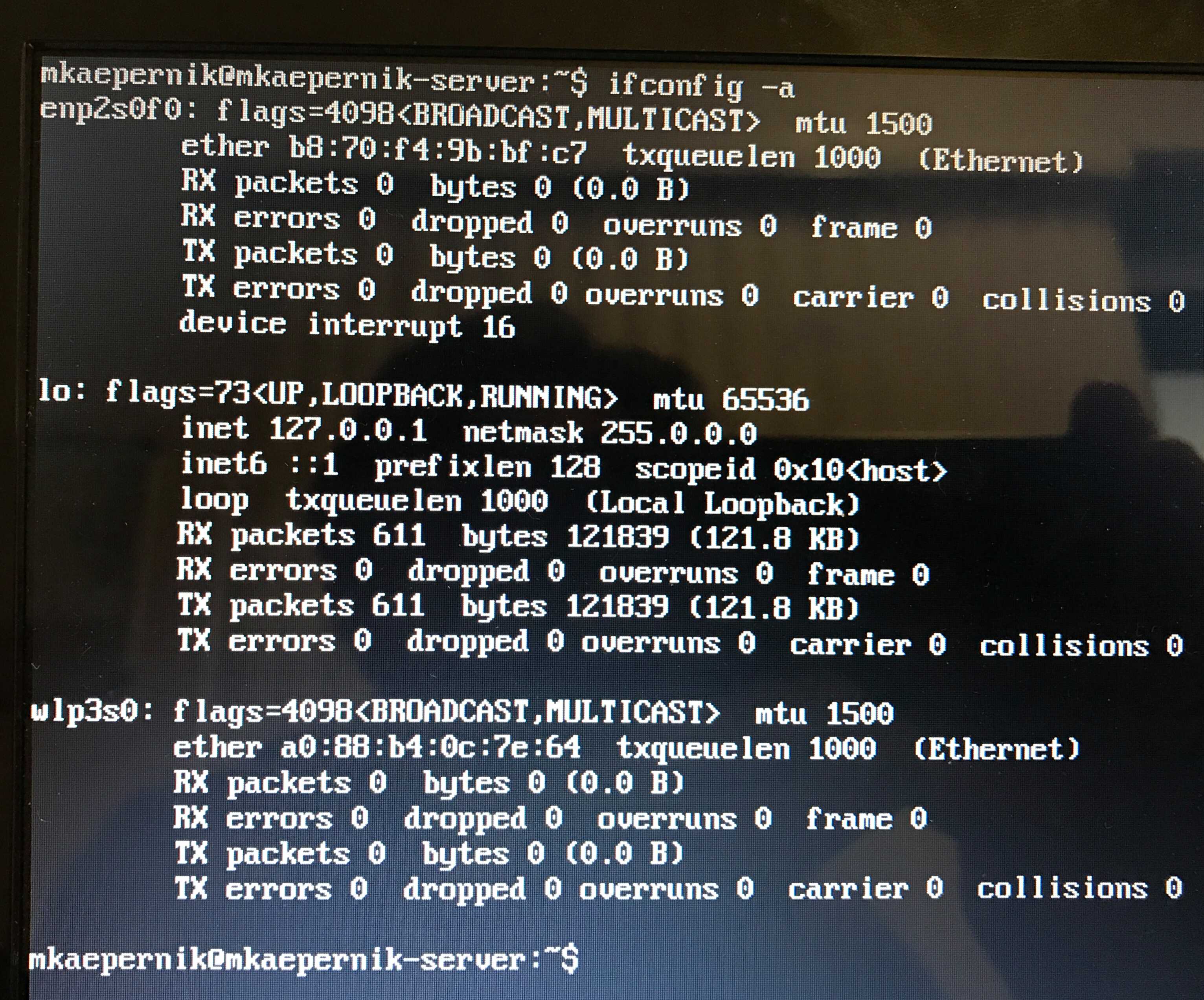 I suggest that you edit the file /etc/network/interfaces to replace the eth0 entry with wlp3s0 and add the SSID and encryption details, like this:

So that you can ssh and ftp into it, I actually recommend a static address, not DHCP, however, let's get connected first and then proceed.

Reboot and tell us if you are connected:

If you wish to use ethernet as you indicated in your comments, then the sequence is:

1
openstack: conifgure vm with static ip on eth1
1
Ubuntu 14.04 Server Install Unable to Connect to Network via Ethernet
2
connect to wlan0, and eth0 as safeguard in etc/network/interfaces
1
Can't connect to the internet (LAN) on Ubuntu Server 15.10
0
Ubuntu home network can't connect to firefox server
0
Ubuntu Server 20.04.2 is getting the wrong address