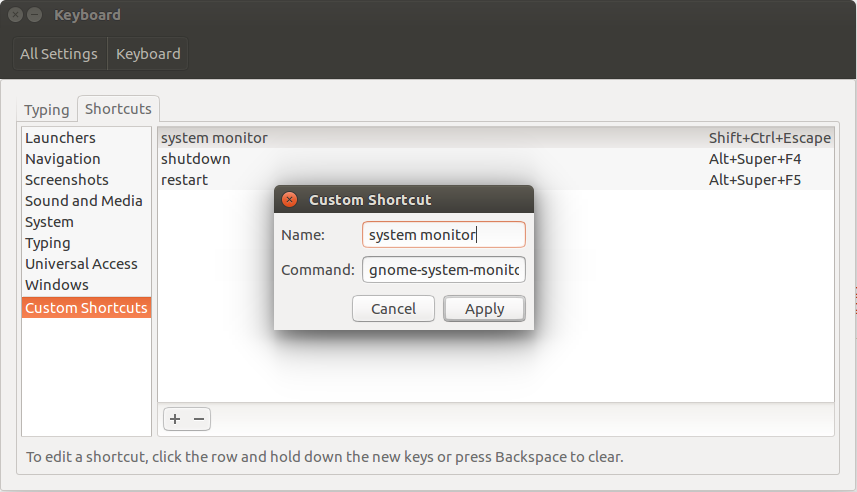 I found the problem. Something that has to do with ESC probably. I'm not sure but it is possible that can't be used in a shortcut. Or there is a problem with this specific combo, though I couldn't find any other shortcut that uses it which would be a problem.

I changed it to SHIFT+CTRL+HOME and it now works!

Not the answer you're looking for? Browse other questions tagged unity shortcut-keys system-monitor or ask your own question.