I changed my background desktop image today but I cannot find any options to change it to fill or span the screen like this: 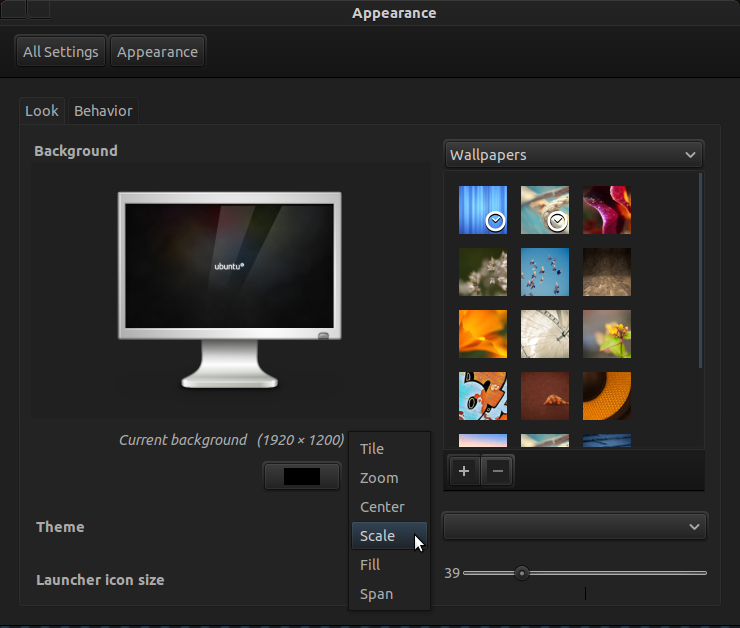 For 17.04 the default picture options for wallpapers can be set via the command line:

To reset back to the default:

Late to answer on this one, but for anyone who is interested.

You can also install the gnome-tweak-tool, which is now called gnome-tweaks as of 18.04. You to the tab Appearance you will then find the setting under Adjustment.

Not the answer you're looking for? Browse other questions tagged 17.04 budgie or ask your own question.

3
How to configure xstartup for Ubuntu Budgie?
5
ALT+Tab: How to switch to Desktop on Ubuntu GNOME 17.04?
3
Icons In System Settings(unity) are Missing Ubuntu Server 17.04
0
Wired connection stops working - Ubuntu Budgie 17.04
2
Ubuntu Budgie: Black login-screen
11
How to change Ubuntu Budgie login screen background?
0
How to switch from Budgie to Gnome or other ubuntu desktop environments