Is there an alternative lock-screen available? [duplicate]

what are the names of these packages? how to install them?

If that's too broad then

You can try slim or lightdm, both probably lighter then kdm, or try them all.

or slim or lightdm

you will get a screen where you can select which display manager (login screen) to use. 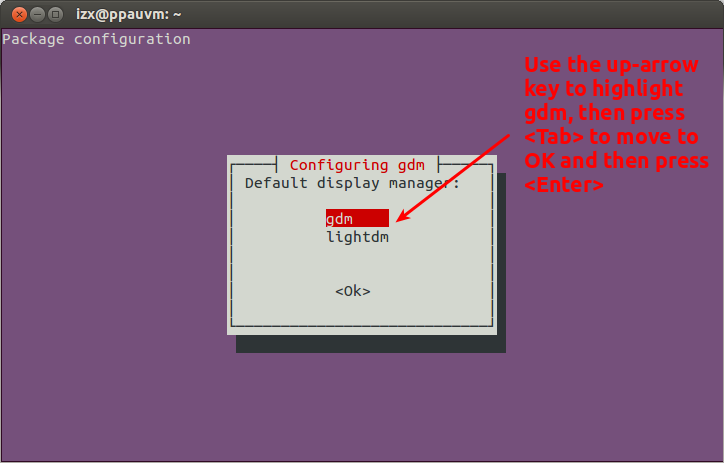 Use you up/down arrow keys to select and hit enter key.

and change to the dm you wish, such as

sudo dpkg-reconfigure gdm has the advantage of less typing and less typographical errors.

Locking the screen when you are inactive is a different issue and is a property of the screensaver you use. By default it is gnome-screensaver but xscreensaver is probably the most popular alternate.

To configure and change screensaevers see Configure screensaver in Ubuntu

Not the answer you're looking for? Browse other questions tagged gnome lightdm lock-screen gdm display-manager or ask your own question.

1
Ubuntu 12.04 is stuck in lightdm login (Unity Greeter)
1
GNOME 3.6 lockscreen from Unity
1
How much is Ubuntu 13.04 related to/depends on Gnome?
0
Only visible spaces seen?
0
Ubuntu 16.04 - Having both KDE and Gnome
1
Gnome automatically installs when installing OpenBox
1
Lock screen blur missing in 20.04