How to tell Xubuntu not to clone but to expand the laptop display to the external one?

But what I wanted was for it to be expanded, not cloned.

Unfortunately I cannot find any option for that.

Is there such an option?

Greatful for any hints!

If you ran into the same situation like me:

I got this solution from here and here.

Use the graphic interface of xrandr, called grandr. Install it as follows:

Then go to systems -> Multiple Screens in the Xubuntu menu.

Here you can turn off the "Auto" checkboxes for the different displays and extend the layout in the layout screen. It works very well (Xubuntu 11.10 / Thinkpad x220).

For Xubuntu 13.04, the GUI frontend to xrandr is "ARandr"; works perfect! 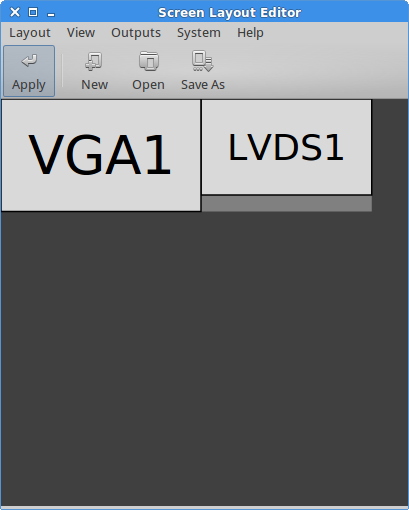 Xubuntu: It is a very simple solution to extend or expand your desktop to a new monitor! 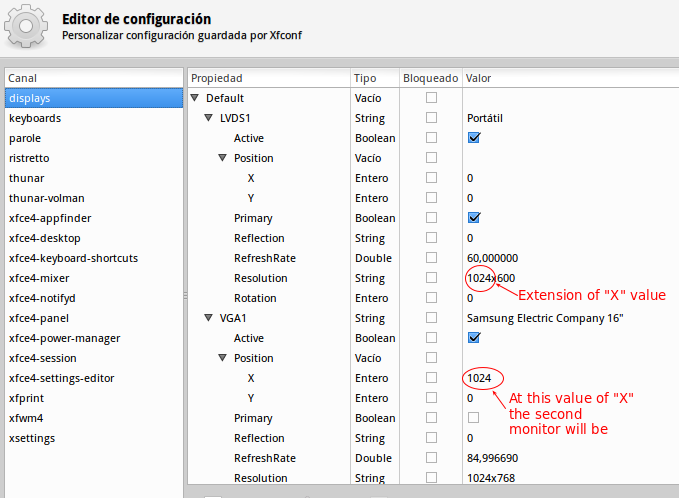 I had the same problem and I've solved it thanks to Aufwind's advice. However, I had a problem with bottom menu (it was impossible to open it, because bottom of the screen was "below" the physical display) and I was not satisfied with the "automatization" level of that solution too, so I wrote a Python script to solve my problem and - in general - make it easier to switch to dual-display mode:

and back to single display, with one command:

It puts external display to the right by default - to put it to the left use argument:

You can bind both commands to - i.e. - menu items (activators?) to use it in a comfortable way.

I'm still working on some little fixes to make in more general in use.

You can find it on https://github.com/regispl/displaymanager + short README I hope it will help someone ;)

For people looking to save the xrandr dual head settings for future logins, simply make the script above executable with

Then go to the xfce panel menu at Settings > Settings manager > Session and startup > Application autostart.

Then add the executable script to the list. If this doesn't work for you, let me know. I have another python script that I use instead. ;-)

Not the answer you're looking for? Browse other questions tagged multiple-monitors xubuntu or ask your own question.

105
How do I setup dual monitors in XFCE?
4
see my desktop on two monitors Lubuntu
0
monitors are duplicated after update