GParted shows my 500 GB external hard drive as 1.82 TiB, and now I cant mount or acces it

Well,, I was trying to do a dual boot installation of Windows/Ubuntu. Somewhere I somehow messed up. ( I was constantly formating, partitioning and booting my external 500GB HDD), and now it will not mount on neither Ubutnu nor Windows.

My best guess is that I messed up something while using GParted, or while creating a bootable drive. Though I can still see it in GParted, but for some reason it now shows that it has 1,82 TiB? 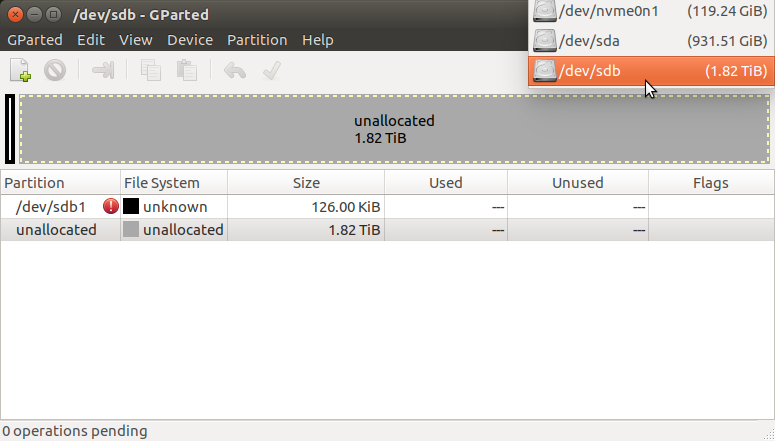 I tried to delete the unknown Partition, but it did not work, plus I get some strange warning

I used different commands in terminal in order to see what was going on,This is what I got.NOTE:( My laptop has single internal 128GB SSD and 1TB internal HDD.)

And for fdisk -l 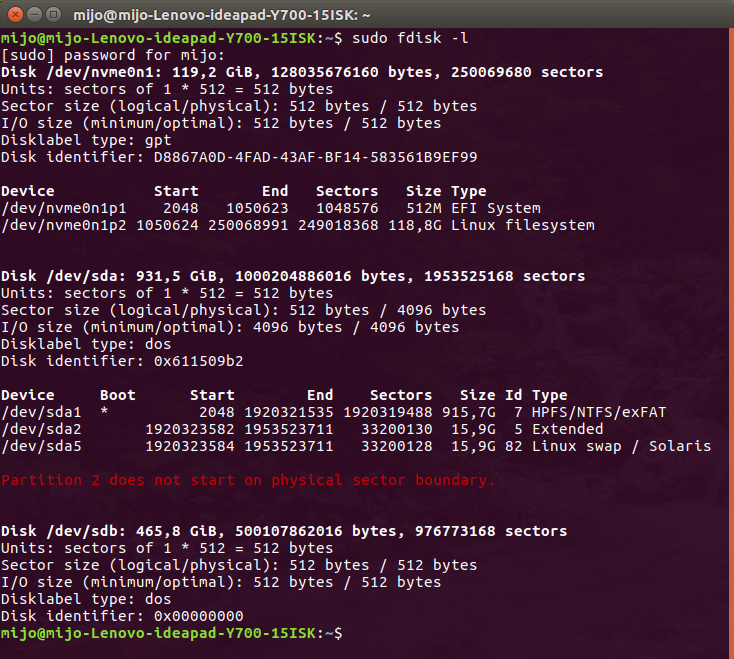 I found somebody on this forum with similar problem on their USB,here but it does not say how were they able to format it and return it to usable form.

EDIT: Ok,, so I tried using some terminal commands Katu proposed and it sort of worked. This You-Tube tutorial was helpful

This way I was able to enter the hard drive. Then I wrote in

I went out (exited) of the Terminal and entered GParted... And FINALLY that "unknown" Partition was deleted,, and my Hard drive was showing the right size.. as you can see on the screen-shot below 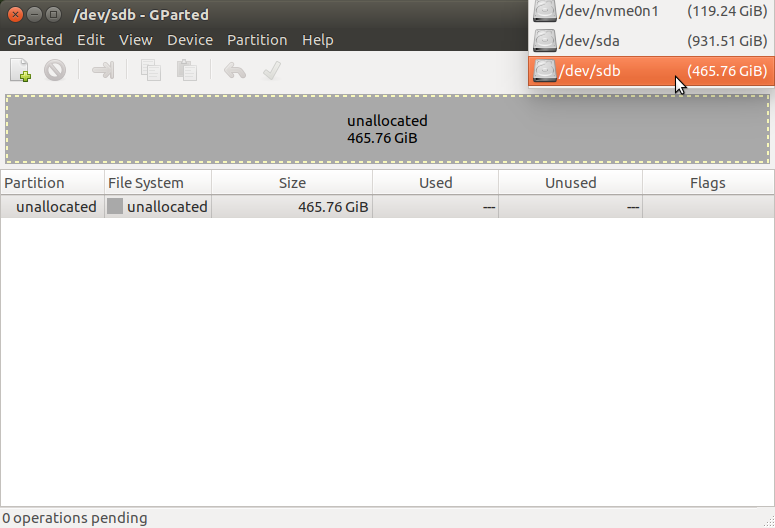 Then I just used GParted to create a new Partition. 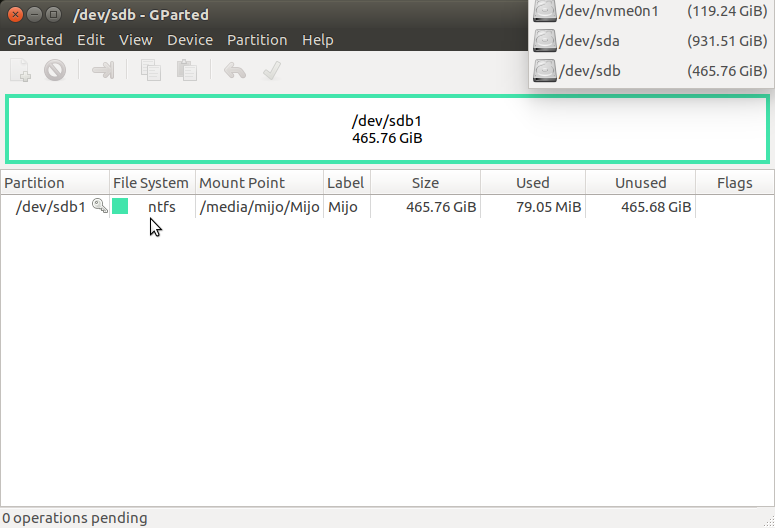 Only problem is that now it is a read-only HDD, but I bypass that by using $ sudo nautilus

In regards to fixing the partition size issue, this has happened to me when using different tools to create the ISO on a flash drive. To fix it I normally do the following (assuming the flash drive is /dev/sdd)

This is assuming that the error of having a Physical block size of 2048 but Linux reporting 512 shows up like in your case and mine. I do this because sometimes doing fdisk (or cfdisk, gdisk, etc..) fails when trying to delete the partition or simply does not save it.

After doing this, I can safely go to gparted again and partition (After creating the partition table and then formatting with any type of format. If the partitions are not working as you mentioned, I would advice doing a chmod on it which most of the time works. Simply do the following:

To test, just try to create a folder inside the external device or a file. Everything should be working up to this point. On specific cases you need to disconnect the device and connect it back again.

Just in case, the key icon on gparted means that the partition is mounted. You would need to unmount it before doing anything with it.

Not the answer you're looking for? Browse other questions tagged partitioning hard-drive filesystem gparted or ask your own question.

97
“physical block size is 2048 bytes, but Linux says it is 512” when formatting USB - How to create a bootable USB without this error
3
how to completely reformat a usb using fdisk?