I'm a relevantly new user to Ubuntu (I've been using it for about eight months). My pc has 2GB of RAM, and an NVIDIA C61[GeForce 7025 / nForce 630a] graphics card. When I first installed Ubuntu, I single booted Ubuntu 16.04 LTS on it. But I kept having this problem, where the screen kept freezing randomly every once in a while, as shown in the picture below (PC shown in image is not mine. Although, the problem is the exact same) 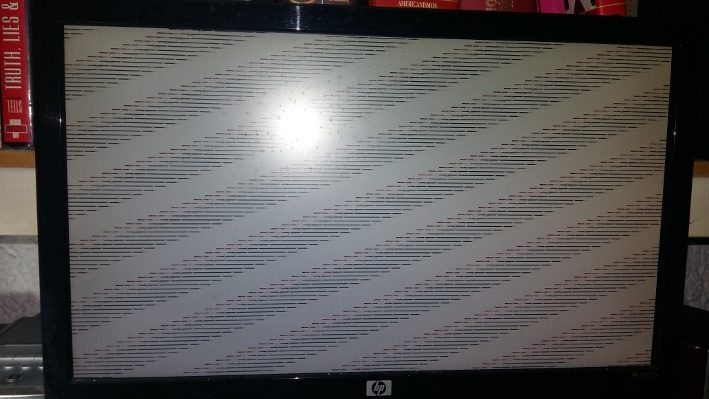 I factory reset my pc, and dual booted Windows 7 and Ubuntu 14.04 LTS (Because my mother uses the same pc, and she doesn't know how to use Ubuntu). I had the same problem again, although, the problem wouldn't occur when I ran Ubuntu in failsafe graphics mode (This wouldn't work on 16.04. It'd just show a black screen)

Two days ago, I switched to Ubuntu GNOME 16.10. The problem occurs much more rarely now, but it still happens. I went to software updates, additional drivers, and switched to nvidia 304.135. This helped, but everytime I reboot the pc, it'll just show a blank screen with my files on the screen. Nothing is clickable. I can't even open a terminal. The only fix I've been able to find for that, is to purge the nvidia drivers, and switch back to xorg. I've searched all over the Internet for a solution, but I still haven't found one for 8 months. I love Ubuntu, and I don't ever want to switch back to Windows. I would be immensely grateful if someone would be able to find a solution for this.

Browse other questions tagged nvidia freeze ubuntu-gnome nvidia-geforce or ask your own question.