laptop shuts off with new battery

Got a new battery for my laptop, and the laptop with the new battery shuts down a few seconds after unplugging the charger. This is not the ubuntu shut down, but a hard one, like what would have happened to a desktop if it was unplugged from power.

The question is - can this be an Ubuntu problem, perhaps the OS somehow not getting along with the new battery's controller?

Update: There is a BIOS testing utility, as described here. It reports many ACPI related errors - log. Not yet sure what to do about them.

I think you may have a system with a buggy or out of spec ACPI firmware. Ideally you should be able to disable ACPI in the BIOS as shown below: 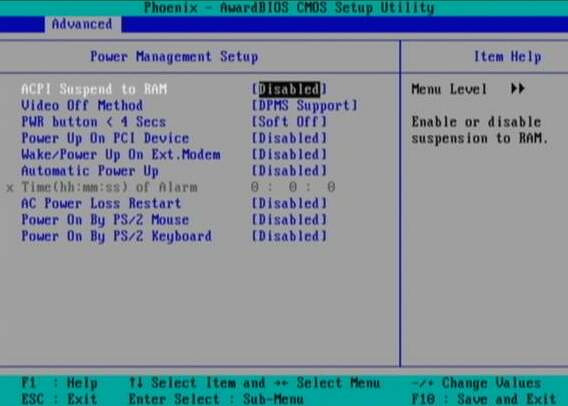 Another option would be to use the acpi=off kernel parameter. You can test this by editing the vmlinuz line at boot and adding the acpi=off parameter. to make it permanent, edit /etc/default/grub with your favorite text editor; find the line:

and add the acpi=off parameter to the space separated list of parameters between the quotes.

Not the answer you're looking for? Browse other questions tagged laptop shutdown battery or ask your own question.

2
How to show laptop battery not the mouse battery, when fully charged?