Why do some applications have two icons in /usr/share/application? 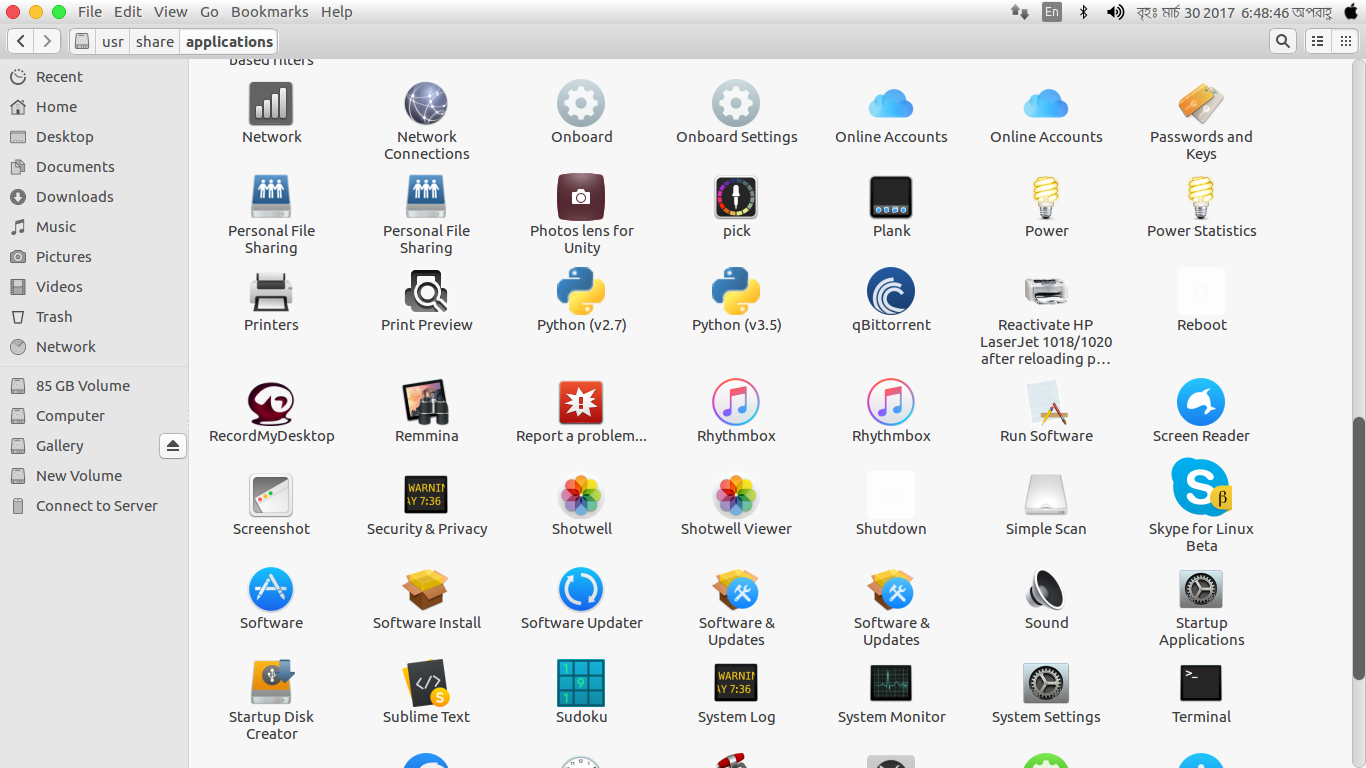 In this image, why do Rhythmbox and Software Update have two icons?

Is there something wrong with my system?

Because you are looking directly at the file system contents via the file manager, which does not fully follow the XDG Desktop File specification for presenting these files for viewing.

Rhythmbox has a secondary .desktop file which is for a secondary service, and this file specifies it should be hidden from menus, however you are looking directly at a few of the file system, and not of the menus.

Likewise, the Software Properties tool has a couple of .desktop files for running it slightly differently under different environments, and the secondary one specifies it should be hidden from menus. But you are not looking at a menu.

This is not a problem, and completely normal, even for a completely new install of Ubuntu, or most any Linux distribution really.

No, there's nothing wrong with your system.

The different icons are different commandline options. Some context applications with call the associated *.desktop icon. The exec option of the icon will depend on how the application is called.

Some of the *.desktop files have a %U argument, used so the application will accept arguments.

Some exampes from the list in you image are:

In the particular cases of the Rhythmbox. The icons are provided for the specific method it'll be called in context-sensitive usage by the command. This is consistent with most of the launchers.

In the particular case of the Software And Update launcher, those two are installed by different packages. They also have different file names:

Not the answer you're looking for? Browse other questions tagged 14.04 or ask your own question.

0
Need some help with adding to “Startup Application” in 14.04
4
Rhythmbox will not start
0
Two Ethernet Network connection icons in Lubuntu 14.04
0
Slow Ubuntu 14.04 and freezing applications. Why?
0
Two different ways of starting a service. Why?
0
Why is the ubuntu always updating and occupied the Harddisk memeory after installing the 14.04?
1
How to Have Vectorized Small Unity Icons in Ubuntu 14.04 by Defaults?
0
Some icons on desktop are not visible on ubuntu 14.04