Problem with display after suspending [duplicate]

I faced strange issue, as usual after wake up (during work), every popup window (menu, list and etc) appeared with with a border like on the picture. Ubuntu 16.04. Only relogin or restarting helps. It never happened before this week. 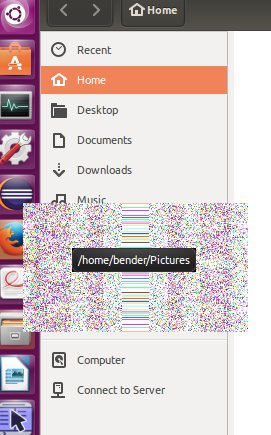 This is currently a bug with NVIDIA's drivers, and is pending a fix on their end. In the meantime, a bug against Compiz was opened to solve the same issue. While we wait for someone to fix this, there are still workarounds:

In the meantime, a temporary workaround to this same problem would be to run the unity command from a terminal or the Alt-F2 menu every time this issue is encountered.

I made some steps which solve my problem, but don't know what exactly helps 1. I change driver to X.org open source from NVIDIA

I hope it helps me... After it I tried to returned NVIDIA drivers... and it works well.. may be video drivers was corrupted.

Kaz Wolfe said to downgrade to at least 367.57 or lower, but I downgraded my nvidia driver version to 370.28 and the problem is gone.

Also, I downgraded to an open source version and not proprietary.

0
Ubuntu 16.04 LTS doesn't load main window after login
1
Problem with dpkg in recovery mode
0
startup popup error: error found when loading /etc/profile
1
What is this window selector popup and how do I disable it?
0
Display lagging (printing from top to bottom )