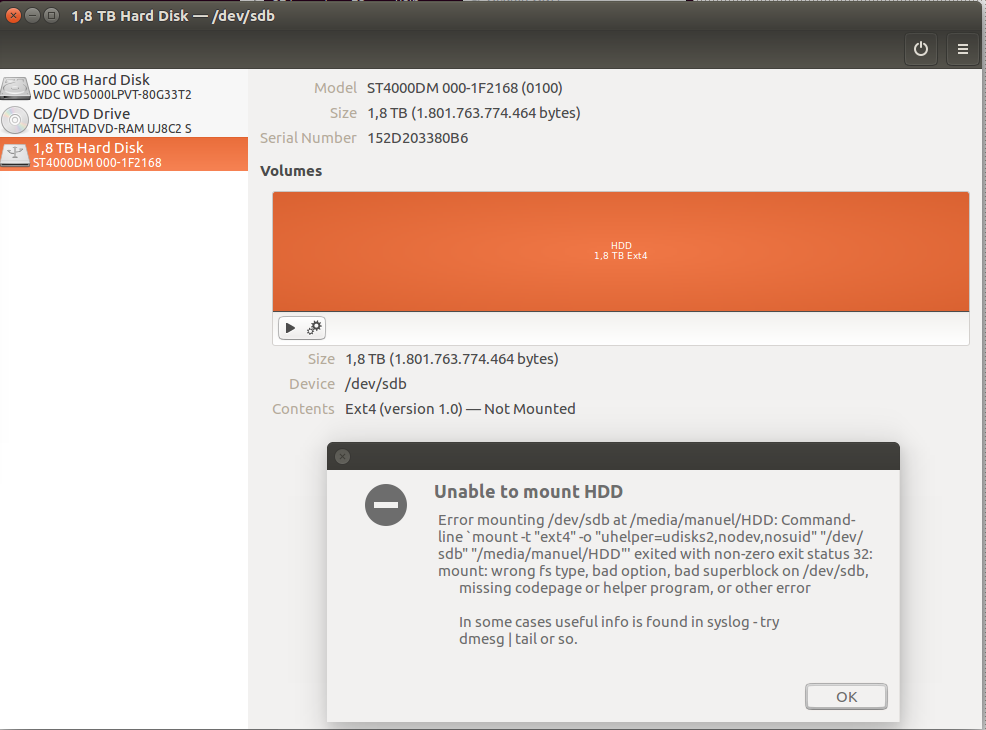 Context : I've added this drive in an old Desktop 4 years ago which failed on me last year. I don't recall having to do anything to be able to use all the 4TB but I have poor memory. Since then I've mounted it every once in a while as a backup plugging it into a gutted Lacie external case that a friend lent me. Having returned the case I did the same to my own Lacie case today, removed the HDD inside to plug my 4TB HDD instead. This is when the mount error happened. The last time it worked, with my friend's, it was 6 months ago, it was with the same laptop machine, without any windows, only 1 4TB partition.

Everything is the same but the case, which should have no incidence (it works fine with the original drive and another one), so what could it be? I know nothing of disks and partitions, so please help me not lose the data, it would be a disaster...

UPDATE : After the suggestion in the comment, I ran testdisk 7.0

As I showed in previous snapshot, the OS only knows of 1.8TB of the 4TB. Again, I don't recall ever having to tweak anything in the OS to be able to use the 4TB before but maybe upgrading from 15.10 to 16.04 is what broke it. Would restoring the recognized size of the HDD to 4TB solve everything?

UPDATE 2 : I have now tried my Lacie case with another HDD with over 2TB, having 3TB and it also shows A fragment of the total space : 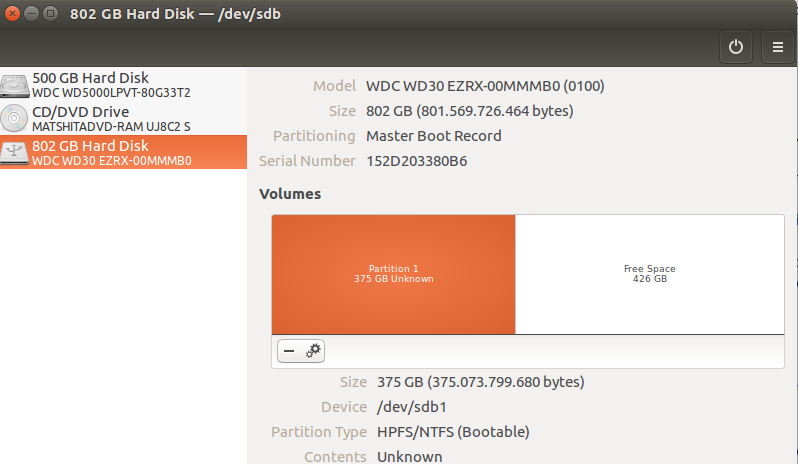 . Since its partition is not over 2TB the error message is not displayed I imagine. So if it's the case that the case (no pun intended) can't access the 2 fist plates, amounting to 2TB, I'll try with another case.

As @oldfred pointed out, there is an issue with the case. Thank you for pointing that out. Being the same brand and (apparent) model, I did not look into it so much but yes, I tested the faulty case with a 3TB I borrowed and the same happened, i.e. 2 less TB were available = 800GB instead of the 3.

I then tried my disk on an old computer at a friend's and was able to get the whole partition of 4TB.

So thank you again.

Not the answer you're looking for? Browse other questions tagged 16.04 partitioning mount hard-drive or ask your own question.