I've got an Ubuntu Server 16.04 VM running in VirtualBox 5.0, with a 20GB drive attached (originally created as a 10GB in a VM called "box-template", then extended after the VM was cloned and renamed).

Today, when I tried using the terminal autocomplete, I got a message stating -bash: cannot create temp file for here-document: No space left on device. When I run df -i, I see the following output:

At this point, I discovered this answer which helped me to slightly better understand what this particular partition actually is. I tried looking through the HOWTO for LVM, but unfortunately my limited knowledge of linux means that I don't even know where to start in that document... 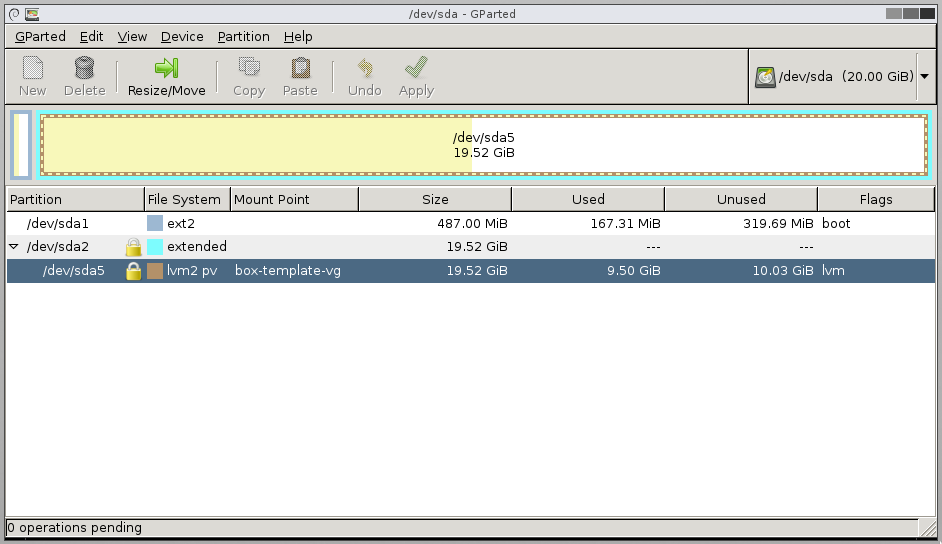 Am I missing something important here? Or did I do something wrong when I cloned the VM and resized the drive? 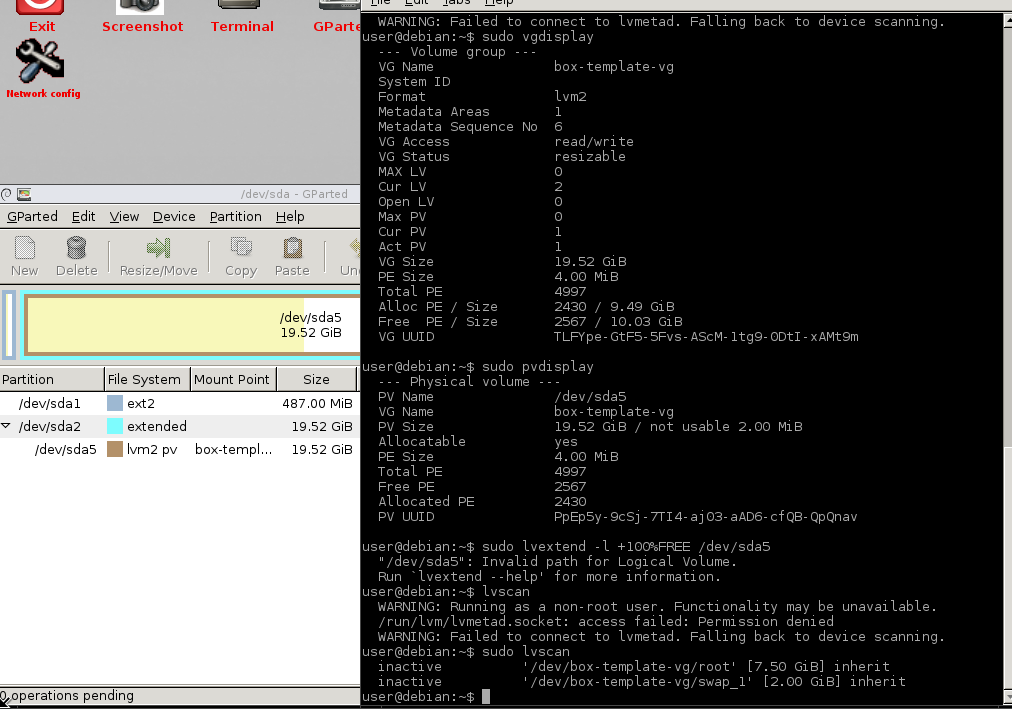 Edit 2: Including output of lvdisplay: 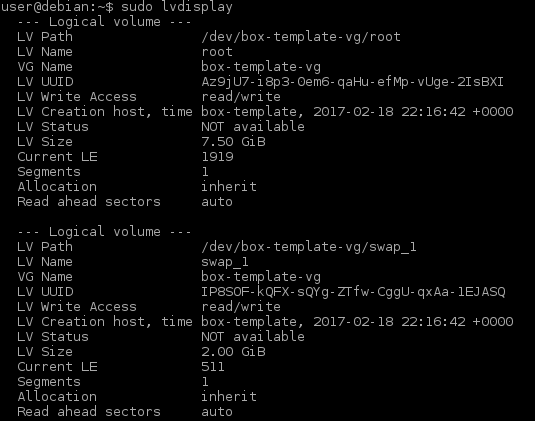 Just a quick side note: I actually cloned the "template" VM twice, but the other VM does not need more drive space at the moment. The df -i command on that one shows my 35% for the "IUse%" column, so in future if/when I need to resize the virtual drive on that machine, is there any thing special I need to keep in mind to prevent this issue?

After extending the Volume Group the Logical Volume has to be extended too:

LVM has three levels of abstraction:

"physical volume" (PV) is, as the name says, the basic "physical" layer. That is what refers to your hardware and what you have increased by sudo pvresize /dev/sda5. sudo pvdisplay should now show the full size and the size used.

"logical volume group" (VG) is the grouping layer for one or more PVs. You may find the name and size of your VG with sudo vgdisplay. This name should be "box--template--vg"; look for this name. With resizing PV, the VG should be automatically extended.

This is not increased automatically when you extend the VG. So you have to extend the LV: sudo lvresize -r -l100%VG box--template--vg-root. This will resize the LV to use the full VG (-l100%VG) and then increase the size of your filesystem / as well ( -r), supposed this may be increased online (like ext4 does).

0
“system reserved” windows partition showed on ubuntu 12.04. Not installed using wubi
0
Knowing how my Ubuntu is installed
2
resize un-allocted space to /root LVM
1
Need to move space out of extended partition
1
Mount a USB Drive Questions
2
Help figuring out what's taking up disk space
2
Can someone help me understand what I'm looking at and how and what I should use to expand my storage for my Ubuntu OS on my dual boot laptop