Why did Ubuntu 16.04.2 install the loader on Macbook Pro hard drive despite being told to put it on USB hard drive?

Trying to install Ubuntu 16 to a USB hard drive, for use with my Macbook Pro, which I have set up with Boot Camp and Windows 10. So I put the installer on a USB stick, booted using it, and set stuff up in the partition manager as per this photo. 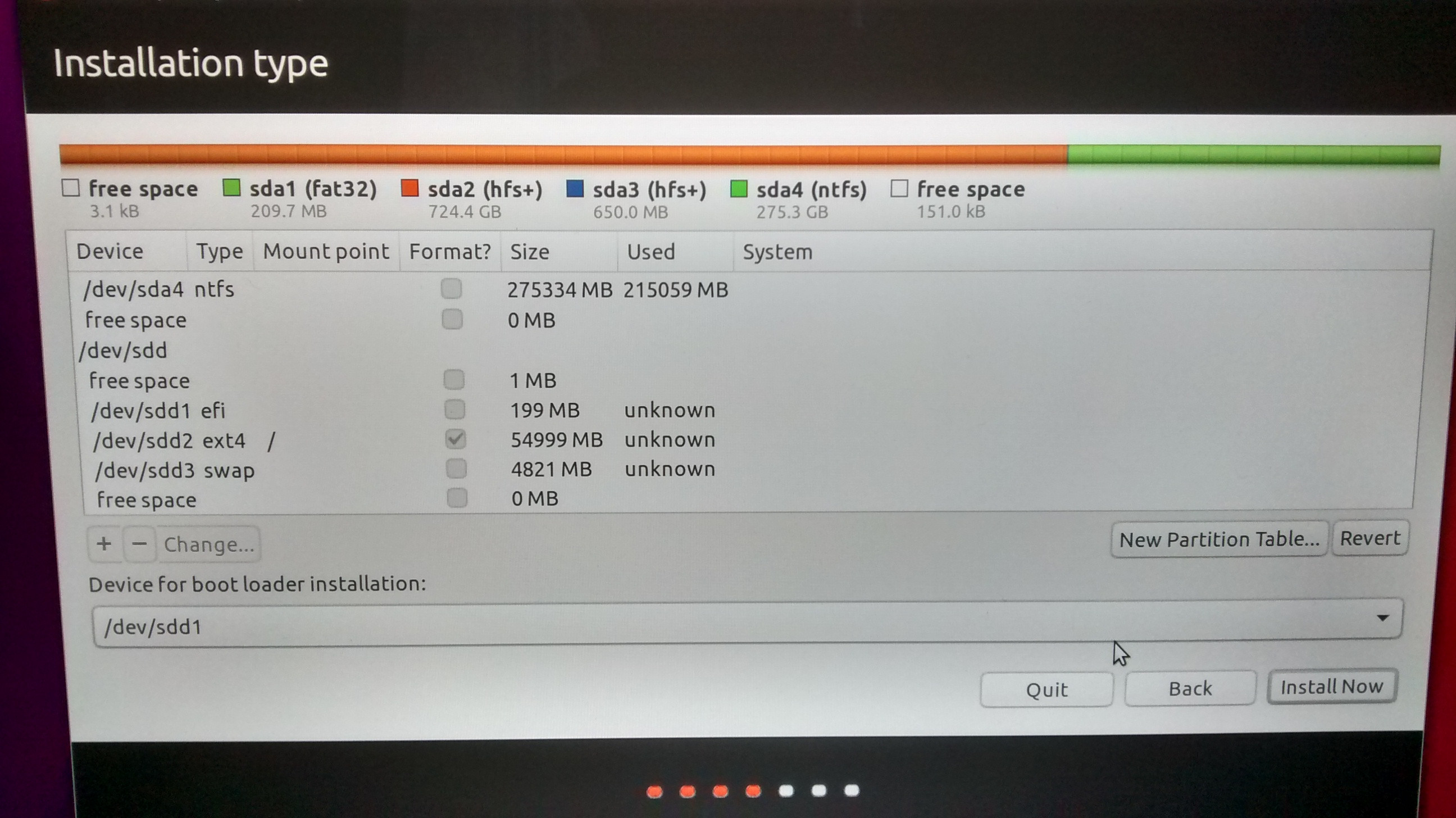 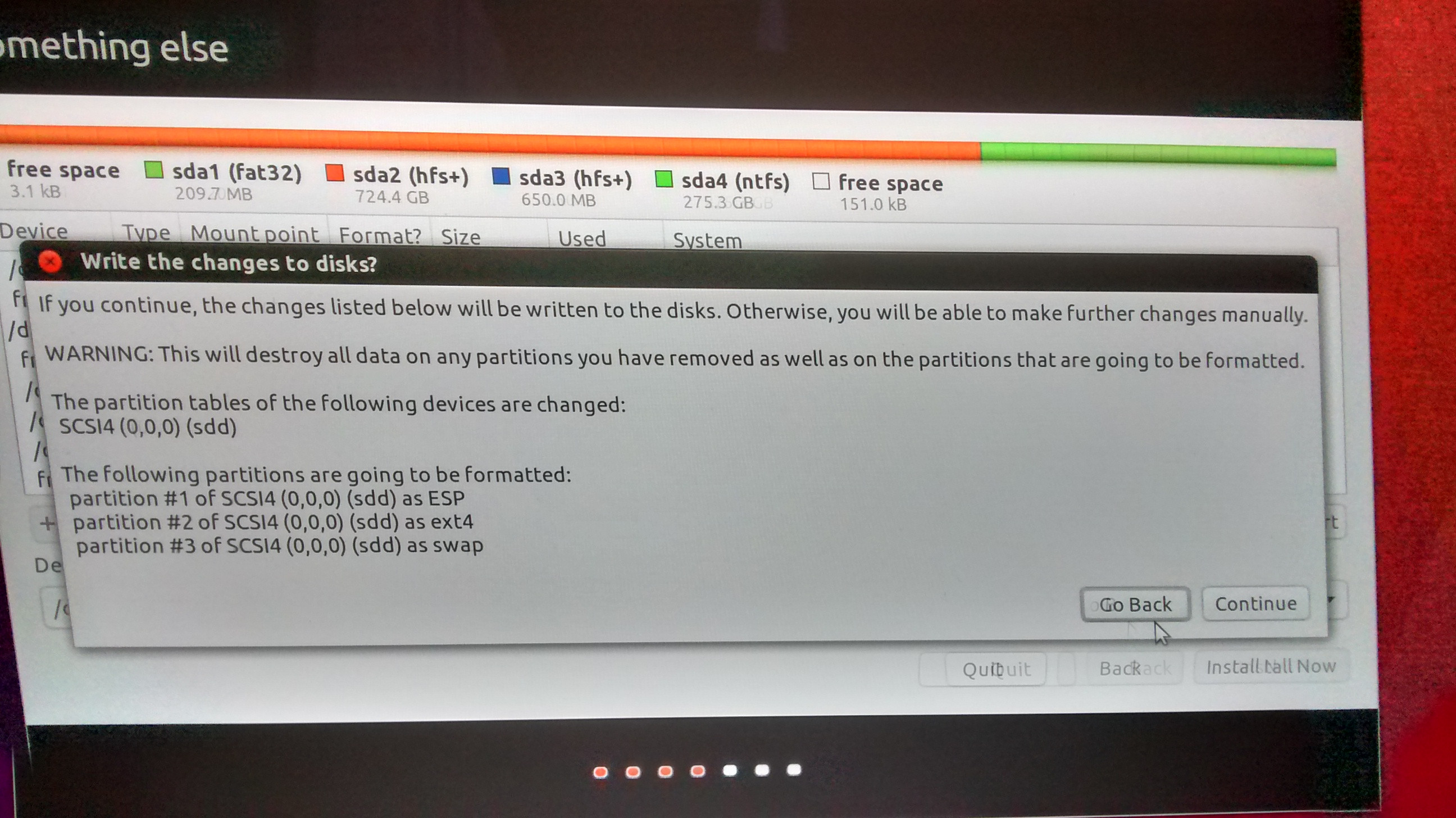 That all seemed in order, so I clicked Continue and let it install. And what ended up happening was that the boot loader was installed on /dev/sda1, and /dev/sdd1 was left blank.

This made a bit of a mess:

It's fairly easy to remove the loader (mount EFI partition and remove the ubuntu folder there), so now I'm back where I was.

But I'm still a bit confused. What, if anything, did I do wrong? Why did the loader end up on /dev/sda1 rather than /dev/sdd1?

(This doesn't answer my direct question, but making it work proved more annoying than I expected so I thought I'd post some notes.)

My USB disk then appears in the Apple boot menu when it's connected. And when selected, it brings up the usual boot menu, and I can select Ubuntu and off it goes.

As a final step, once up and running, I edited /etc/fstab to mount the USB disk's EFI partition, rather than the MBP's.

Not the answer you're looking for? Browse other questions tagged boot grub2 uefi macbook-pro or ask your own question.

0
How to Install full featured ubuntu or debian on usb and use it anywhere?
0
One Single Portable Ubuntu Stick - for both Mac and Window Machines
0
Long-running Installation to USB Drive