I have not found a way to set the language in ubuntu to check the spelling, but not write the menus in that language.

My case is: my main language is dutch, and I want my system in dutch, with english as secondary language. Only those two languages for menus and terminal communication etc. But I would need spell check in english, dutch, french, hungarian and maybe german. This not only in certain programs like libreoffice, but system-wide (while I'm typing all of this, my screen's full of red).

Until now, the only way I have found to get spell check working in all of those languages is to install and order them all in language support (or however it is called in english), which makes a huge mess of all kinds of different languages mixed through one another.

EDIT: Here is my language support arrangement for now 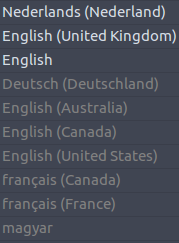 Here are the choices I have in google chrome. 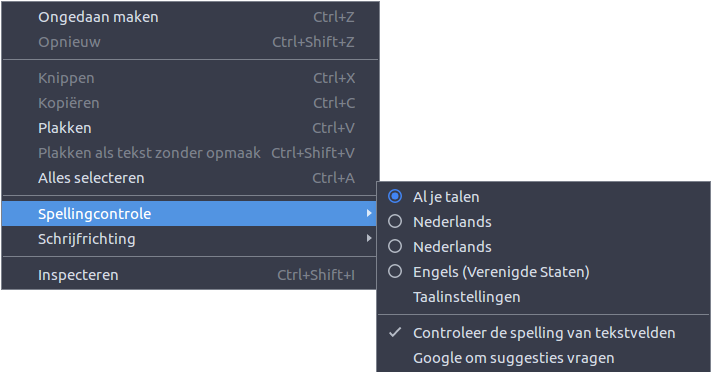 These seem fairly random to me, I have rebooted after having changed the language settings.

I seem to have figured out the cromium problem, apparently chromium does not use the default sources, but a dedicated menu in which you can choose which languages to use. In my question I have the drop-down menu, and under the languages, there is a button Language settings. The available options for language support were a bit hidden to me in LibreOffice, that is where my confusion came from.

This is the menu where I can choose the languages for Chromium, maybe it checks it with an on-line dictionary as opposed to the downloaded ones for the rest of the programs. 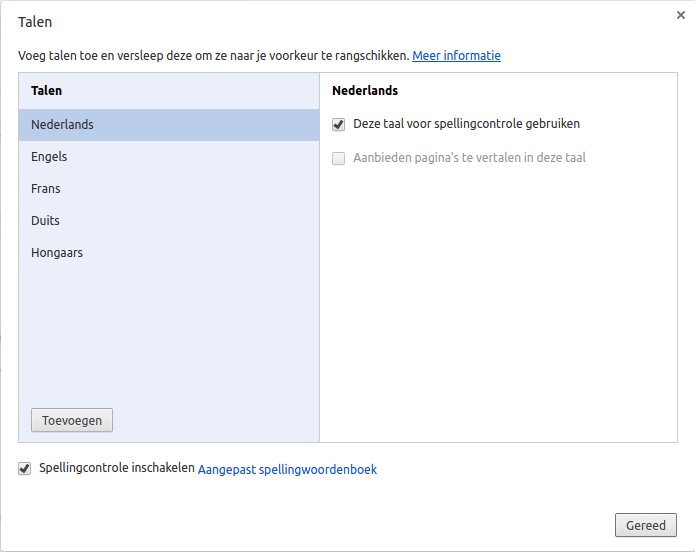 Anyways, this was the cause of my confusion/problem.

It's sufficient to install those extra languages. You don't need to bother with ordering them.

Only the items above the "English" item matter to determine the display language. So you can just let your list in Language Support start with:

Not the answer you're looking for? Browse other questions tagged language language-support or ask your own question.

3
How does language support work in Lubuntu?
2
Spell check and locale
2
How can I remove other varieties of English from my installed languages?
5
Choose Languages for Spellcheck
3
Ubuntu 14.04 + LibreOffice 4.2 spell-checker dictionaries don't come up
8
Remove language dialects from Thunderbird
6
Belgian formats when choosing US language - regional & language settings issue