I recently ran updates using the software updater. After restating my computer, whenever I plug my WiFi adapter into a USB port the entire screen freezes. (It does not freeze when I plug it in with networking disabled.) Is there any way that I can fix this?

I experienced this sort of problems after the updates installed a new version of the kernel (so, not any update). This sometimes confuses the handling of interfaces.

If that's actually the case, my solution has been to let the computer to boot from the previous kernel version until a newer working release is distributed.

To this end I edit the boot menu using the program grub-customizer. To install it (and you obviously need an Ethernet connection if the wi-fi receiver is malfunctioning), follow these instructions:

The program is a GUI for handling the settings of the boot loader. There, you can visualize the list of kernels still available in your systems from the tab 'List configuration' 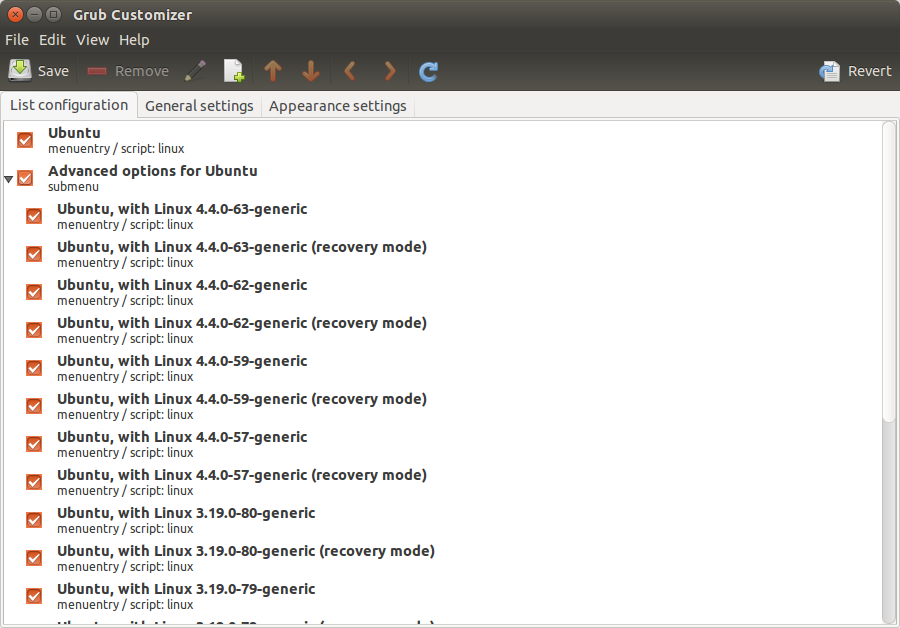 With the other tab 'General settings' I can change the kernel loaded at boot time. In the snapshot below I am set to select 4.4.0-62 generic from the 'default entry: predefined` area. That version is the last but one in the list shown above. 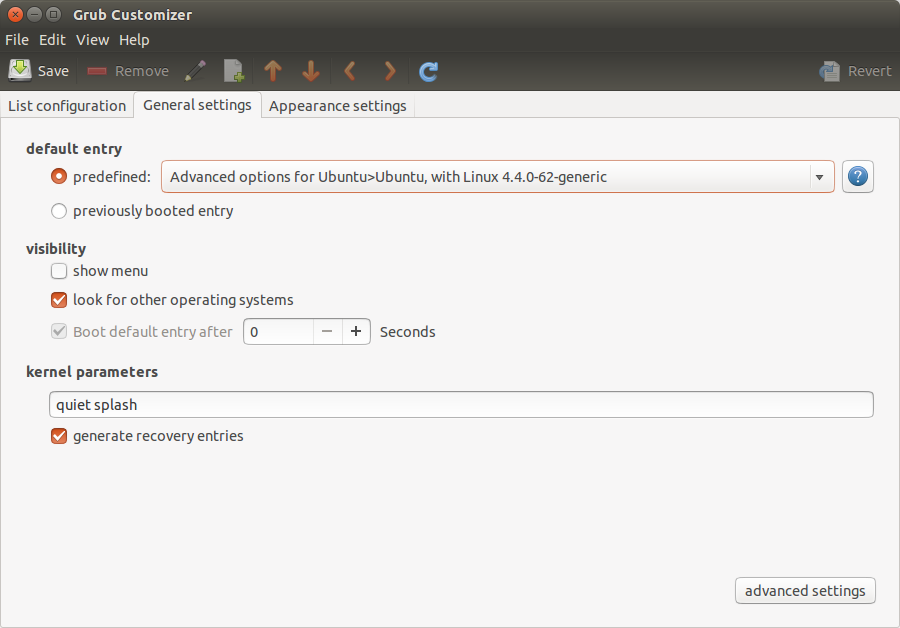 Then you save your selection. After the next reboot, the system will start from the earlier kernel as per your selection. If your problem has disappeared, you have framed the culprit. If not, this avenue has not been successful, alas, and the problem resides elsewhere --- you can then revert your boot-loading selection.

Incidentally, you can also see which kernel version is currently running from the command line with uname -r.

I followed these instructions to compile a new driver for the RTL8192C:

So far, its working.

I installed old kernel 4.4.38-040438-generic and it works too. Here is how to install old kernal via command line.

I pick the kernel at http://kernel.ubuntu.com/~kernel-ppa/mainline/v4.4.38/

If your machine is 64 bits server, choose "Build for amd64 succeed"

After the deb packages has been downloaded, install with the command below

Reboot the machine, and it should pick the earlier Kernel instead of latest kernel.

Plugged in the USB Wifi Dongle, no more freezing ;)

Read couple of forums, and still no fixed for latest kernel.

Not the answer you're looking for? Browse other questions tagged networking 16.04 or ask your own question.

111
My wireless/WiFi connection does not work. What information is needed to diagnose the issue?
1
kernel 4.4.0-63 not working with wifi - PC freezes
0
Ubuntu 16.04, Acer laptop, Broadcom driver and wifi cannot be enabled