so I've been using Ubuntu gnome for about 6 months+ now , and I wanted to install windows alongside as dual boot, but first I need to partition my disk so I can install windows on a separate partition, but I cant as resize or shrink buttons are greyed out in GParted which I believe is because I had my disk encrypted while installing, now I don't know how do I partition with an encrypted disk (/dev/sda3 filesystem: crypt-luks ) and for some reason it shows that the disk (sda3) is not mounted... thanks in advance. 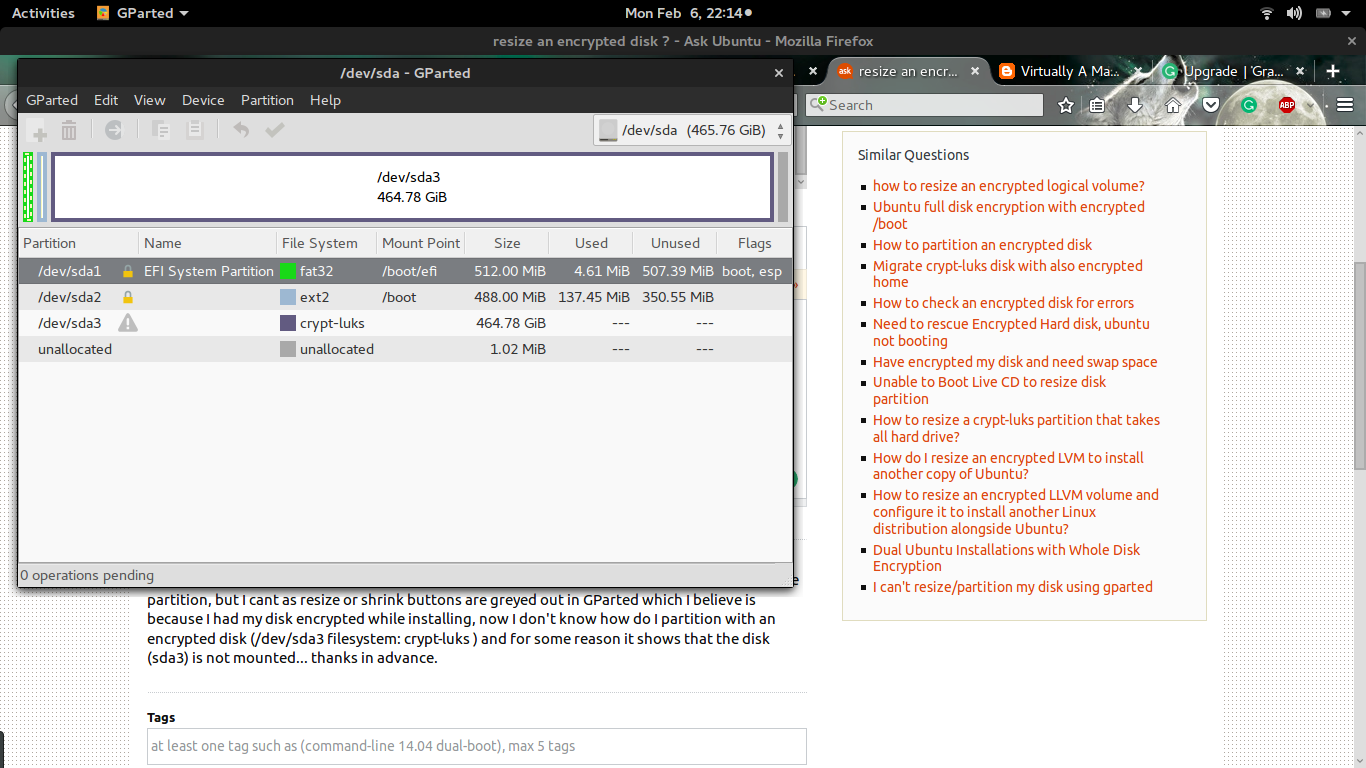 Ubuntu 16.04 LTS is too old to be able to resize encrypted partitions using GUI. Actually gparted only supports resizing luks partition in unreleased development code (at the time of writing).

But you can try some Live CDs with KDE Partition Manager, e.g. try KDE Neon live CD (you still need to install KDE partition manager on live cd when you boot).

Not the answer you're looking for? Browse other questions tagged encryption gparted partitioning luks or ask your own question.

91
How can I resize an LVM partition? (i.e: physical volume)