How to resolve the errors that show up when trying to install Unity tweak tool?

When I try to install unity tweak tool with

I tried Synaptic and Ubuntu software center also. I have Ubuntu 16.04 LTS. 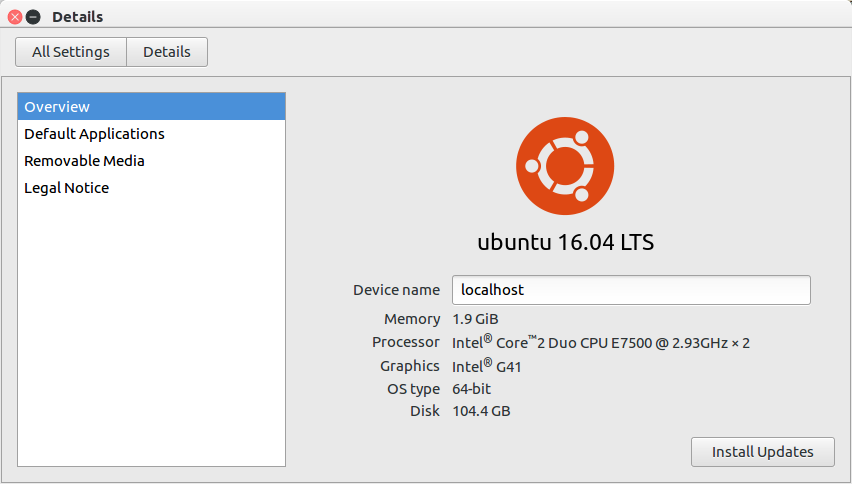 Note : If you have tried installing tweak-tool before please visit Removing Unity-Tweak-Tool first and follow all instruction.

Try purging the unity tweak tool and reinstalling it(if above one failed to give you desired result).

I Hope this time it works for you as it working for me.

Found this article so might help you solve the install. See extract of the 2nd option I believe would help install missing dependencies also:

I'm using Ubuntu 18.04, it's March 2019 and I've just installed unity-tweak-tool through the terminal this way:

On Ubuntu, open "Software & Updates" screen. Search for it in your dash.

Check The first 4 options, as on the screenshot: 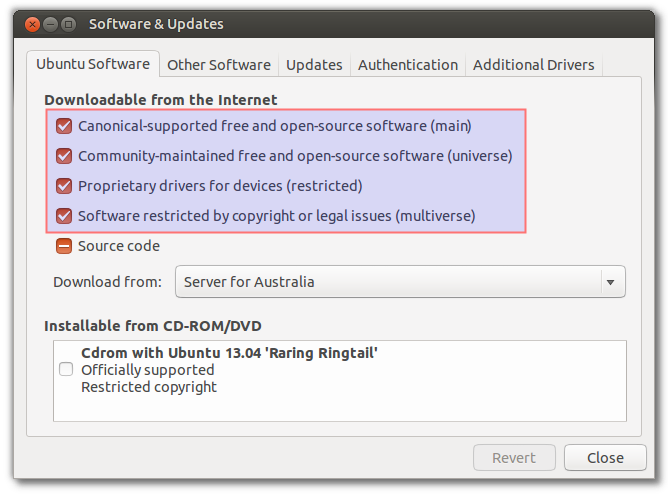 It will ask to do a update when you save. Allow it.

PS: Kudos to this answer.

I fixed this way:

I had several PPA on the APT configuration and I suspected one or more may cause version issues between dependencies. Looking between PPA names I found a "backport". But how to remove its packages and substitute them with the original repo packages?

NOTE: you can install "Y PPA Manager". It is a good GUI tool that includes ppa-purge and can indicate which packages are contained in every PPA. This way you know what you remove.

This was really problematic for me as I had many other cases in which the dependency tree was broken and it was impossible to install or reinstall some packages like unity-tweak-tool.

At the end, the solution was pretty simple. You need only to use aptitude instead of apt-get. It has a smart way to handle broken dependencies. In my case, I run:

From there I got to a proposed fix. The first approach proposed was not effective but if you write n instead of Y it will propose you something else (in which there is removing, installing and even downgrading many packages). You type Y and it is done. Following is part of the fix that worked for me: 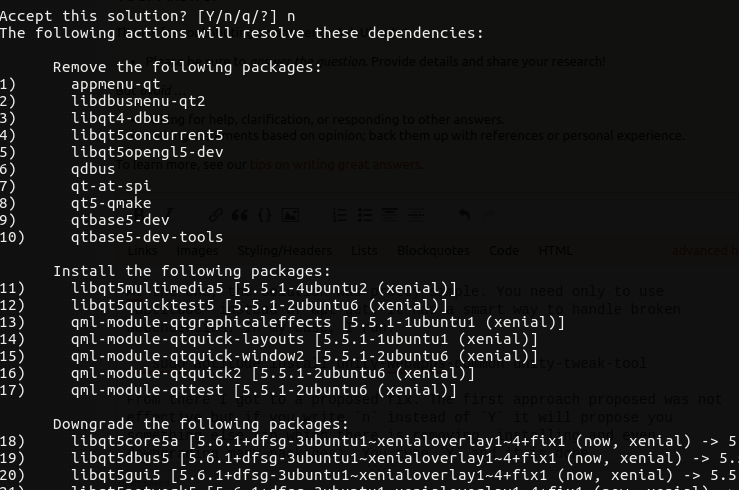 Not the answer you're looking for? Browse other questions tagged unity apt tweak or ask your own question.

263
“Unable to locate package” while trying to install packages with APT
1
unable to install unity-tweak-tool in Ubuntu 16.04 LTS