Unable to launch application with keyboard shortcuts in 16.04

My new machine came with 64-bit 16.04 pre-installed. Keyboard shortcuts to execute applications pinned to the unity bar (e.g., super-2 to execute the second app) don't work as they did under 14.04. I wonder if this feature was removed from the newer version of Ubuntu, if the Dell version of Ubuntu excludes it, or if I simply messed up something with early tweaks I did to the system.

I also note that holding the super key no longer lists basic keyboard shortcuts, as it did under 14.04. And while System settings > keyboard > shortcuts has alt-L set to show the HUD, this won't work either.

How can I diagnose the problem?

Added new user as @oxidworks suggested. Super key did not work either. Moreover, the super-# shortcuts weren't listed in the Keyboard shortcuts summary that appeared on screen upon loggin in as new user (see attached picture). Am inclined to think that Dell's ubuntu distro removed those shortcuts. Can they be somehow added? 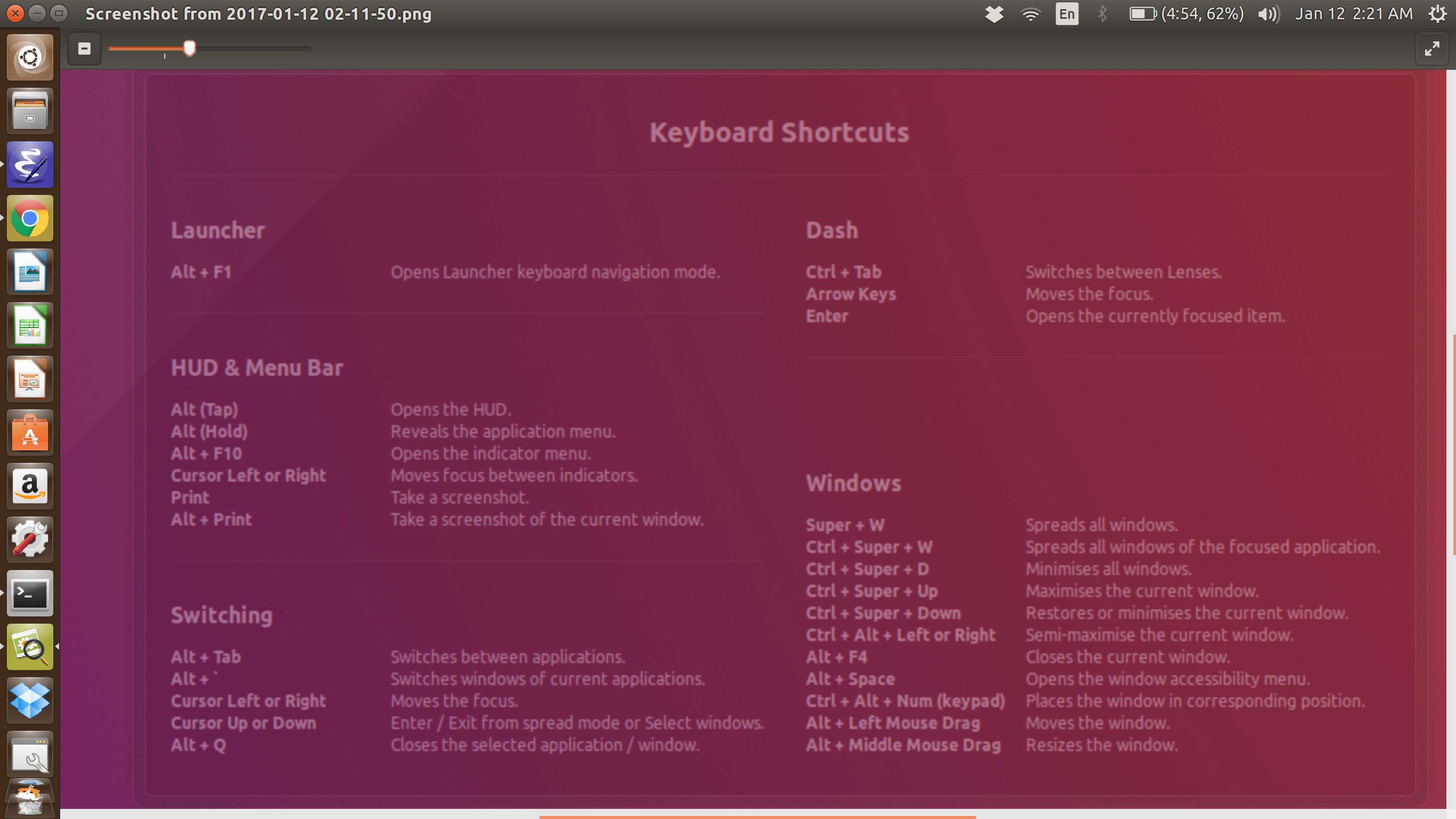 Not the answer you're looking for? Browse other questions tagged 16.04 unity shortcut-keys launcher dell or ask your own question.