I'm running the latest Windows Subsystem for Linux Build 14986 (Ubuntu 16.04 - Xenial), and I want the ability to open up Window 10 applications directly from bash prompt by typing a command.

Also, it would be great if I could open up Linux files the same way (vice versa) w/ Visual Studio Code (Windows Application). Is this possible now w/ WSL Interoperability? This new feature was released in Build 14951, but I'm unsure of it's full capability.

Typing code . inside the bash prompt would open up the www folder in my default editor (Visual Studio Code). 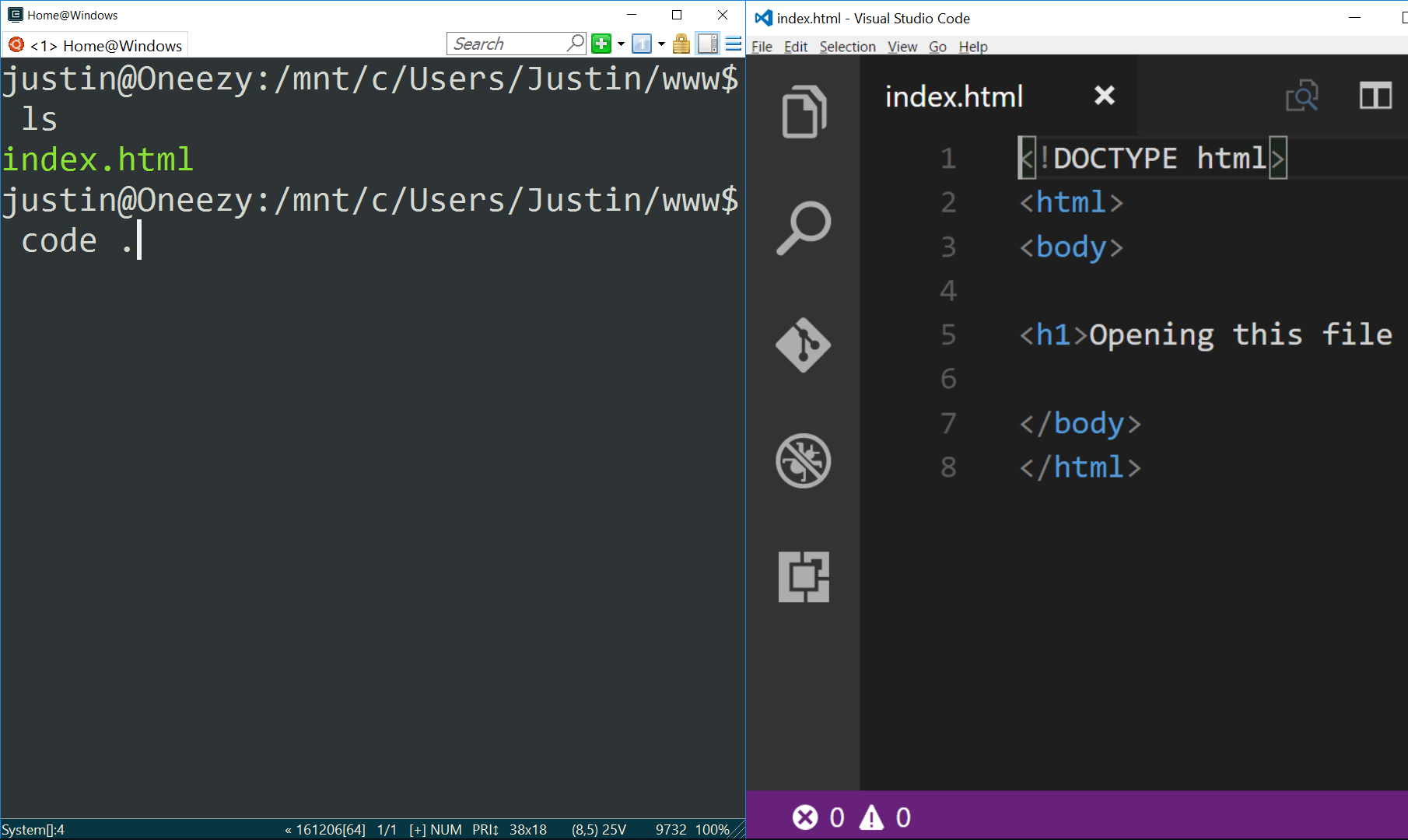 I use Atom as my code editor. Typing atom somefile.py opens the Python file in Atom regardless of whether or not I type it in Windows or Linux on the subsystem.

It sounds like you want this same functionality, but instead of typing atom, you want to have your own custom command.

This can be done with aliases. For example, if I type alias code='atom $1' into the Linux bash, and then type code somefile.py, it opens in Atom.

These aliases will disappear once you close the bash window, so most people instead put them in a file called ~/.bashrc which is automatically run when you open a new Linux bash window, so your command will be ready to use all the time.

Not the answer you're looking for? Browse other questions tagged 16.04 bash windows-10 windows-subsystem-for-linux or ask your own question.