Reformat data only drive from NTFS to whatever Linux likes? [closed]

Have been using NTFS data drive on Ubuntu 16.04 for 6 months or so. Works fine. Should I reformat for Linux? I'm not using Windows anymore.

I was in the same situation some years ago, and I changed my data partition from NTFS to ext3. Today I would change it to the ext4 file system.

Edit: I tested again, this time in a small system, installed from the Ubuntu 16.04.1 LTS amd64 iso file and not updated at all only installed into my Toshiba laptop with an SSD connected via USB 3. I created two target partitions, one 'ext4' and one 'ntfs' on the same SSD, and I copied the Ubuntu system on the root partition to these two target partitions (using rsync, so at the file level). I did it twice (and removed all files and directories between the copying). The results were quite similar between the first and second copying test.

I show the result from the second test here, and can confirm that the write speed is more than a factor 2 higher to the ext4 partition compared to the ntfs partition, total time= 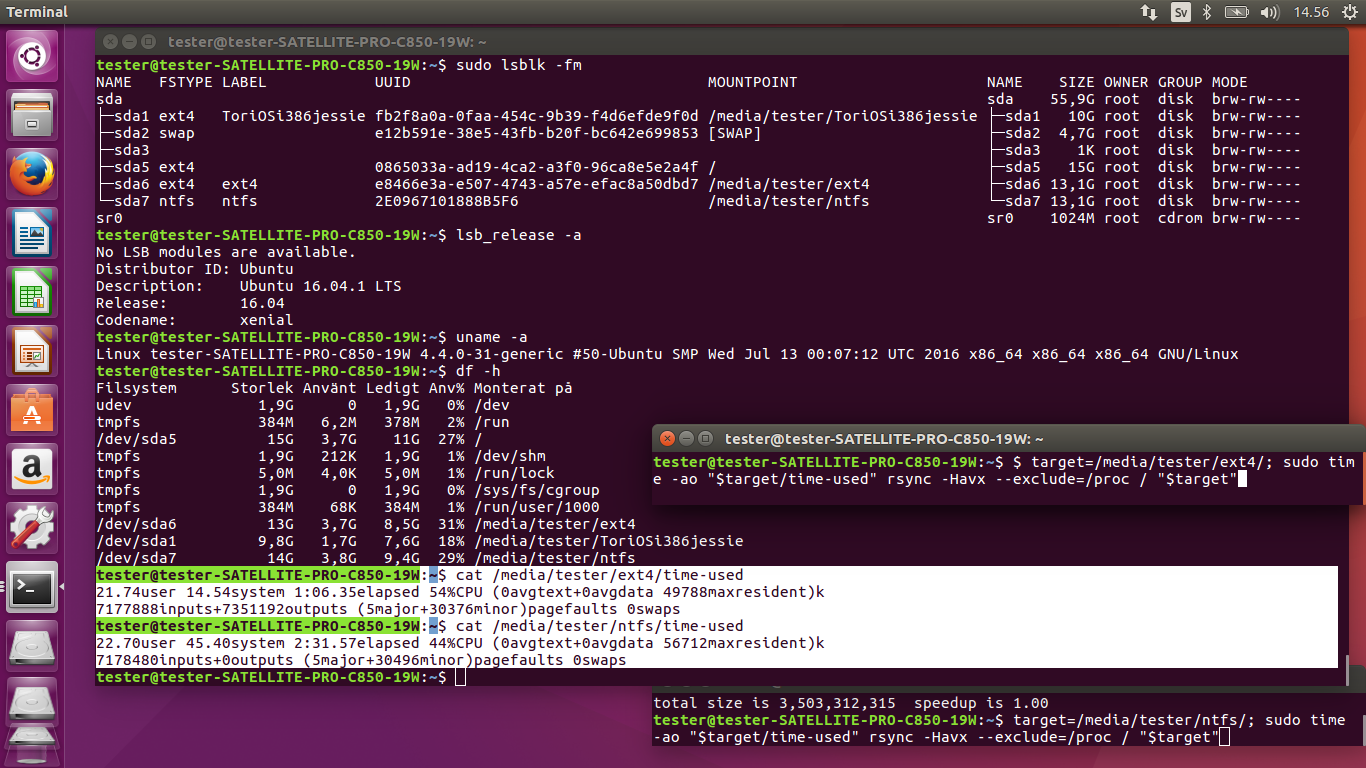 There is a nice one page write up on this question here (PC Wolrd - Ext4 vs NTFS) on day 16 of a 30-day diary learning Linux.

In addition to this article others have pointed out how NTFS requires extras drivers that are non-native to Linux / Ubuntu.

The article does mention some benefits of a Windows drive that might effect you so I suggest reading it.

10
How to reformat a drive with NTFS?
0
I want to reformat my home partition from ext3 to ntfs
0
How do I reformat HDD to NTFS with Ubuntu on a bootable USB
0
1 SSD windows, 1 SSD ext4, 1 NTFS Data mutual Drive?
12
Can't mount NTFS drive - "NTFS signature is missing."
1
Mount a 4TB NTFS Drive