How to start X windows inside “Bash on Ubuntu on Windows”

After installing the new feature (still "Beta") called Bash on Ubuntu on Windows that is a feature subset of Windows 10 Anniversary edition, I get the following message when trying to start X-Windows using startx : 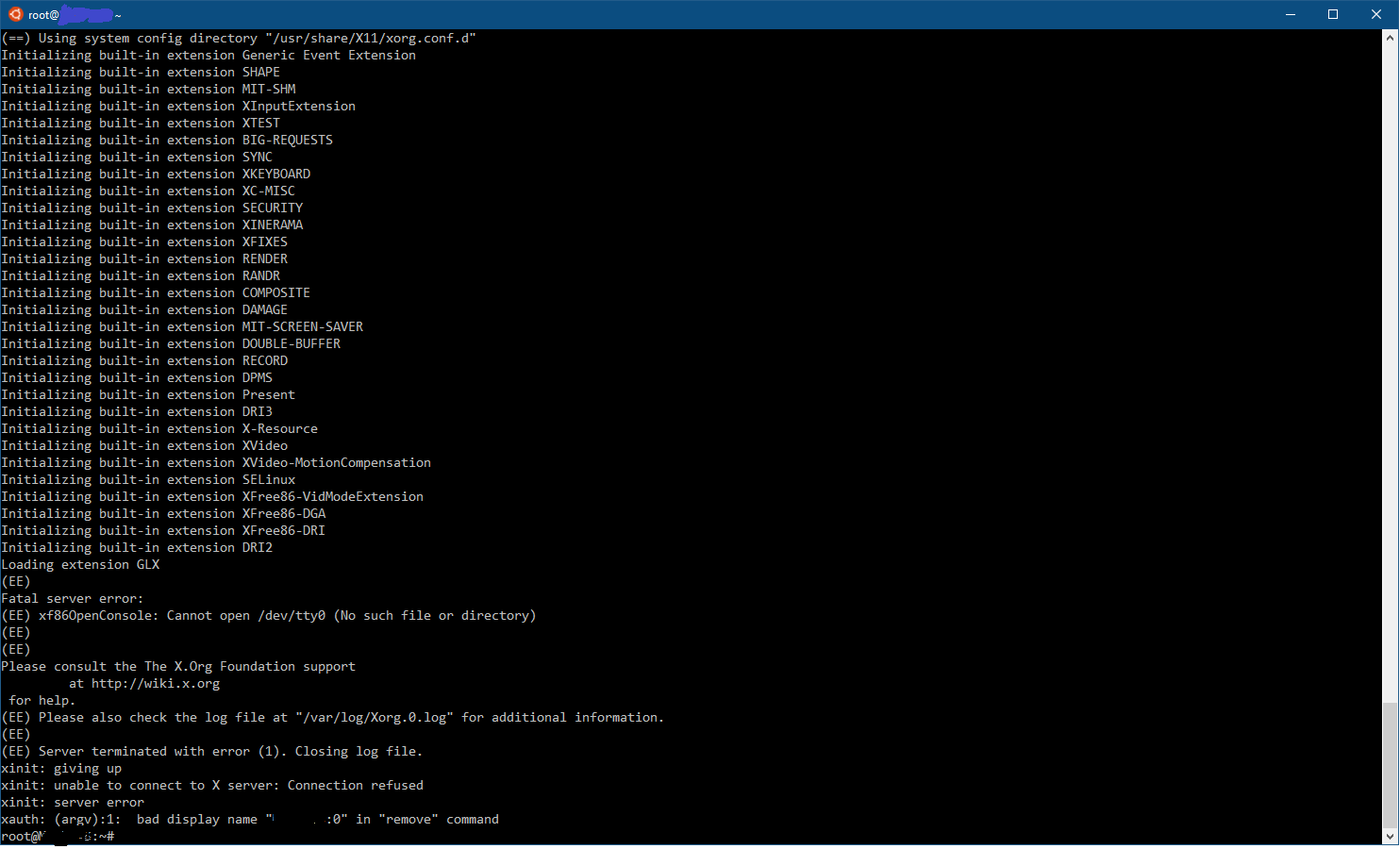 What do I need to tweak / configure in order for X-Windows to launch?

I noticed that xauth was already installed, however I had to install the rest of the framework as follows :

You can install Xming.

Not the answer you're looking for? Browse other questions tagged bash xorg windows-10 windows-subsystem-for-linux or ask your own question.

2
start LyX on Bash on Ubuntu on Windows 10

0
Create a clickable install script for software
2
Bash on Ubuntu on Windows users
0
Copy file from remote to local with Windows 10 Bash
0
(Windows10) Ubuntu bash multitasking. is it possbile
2
WSL Interoperability: Open Windows 10 applications w/ Bash (Windows Linux Subsystem)
2
Gnuplot display on Bash on Ubuntu on Windows 10
1
How to install dos2unix on a Ubuntu app on a Windows-10 machine
0
WSL Ubuntu, is there an easy way to have bash start automatically on Windows startup?